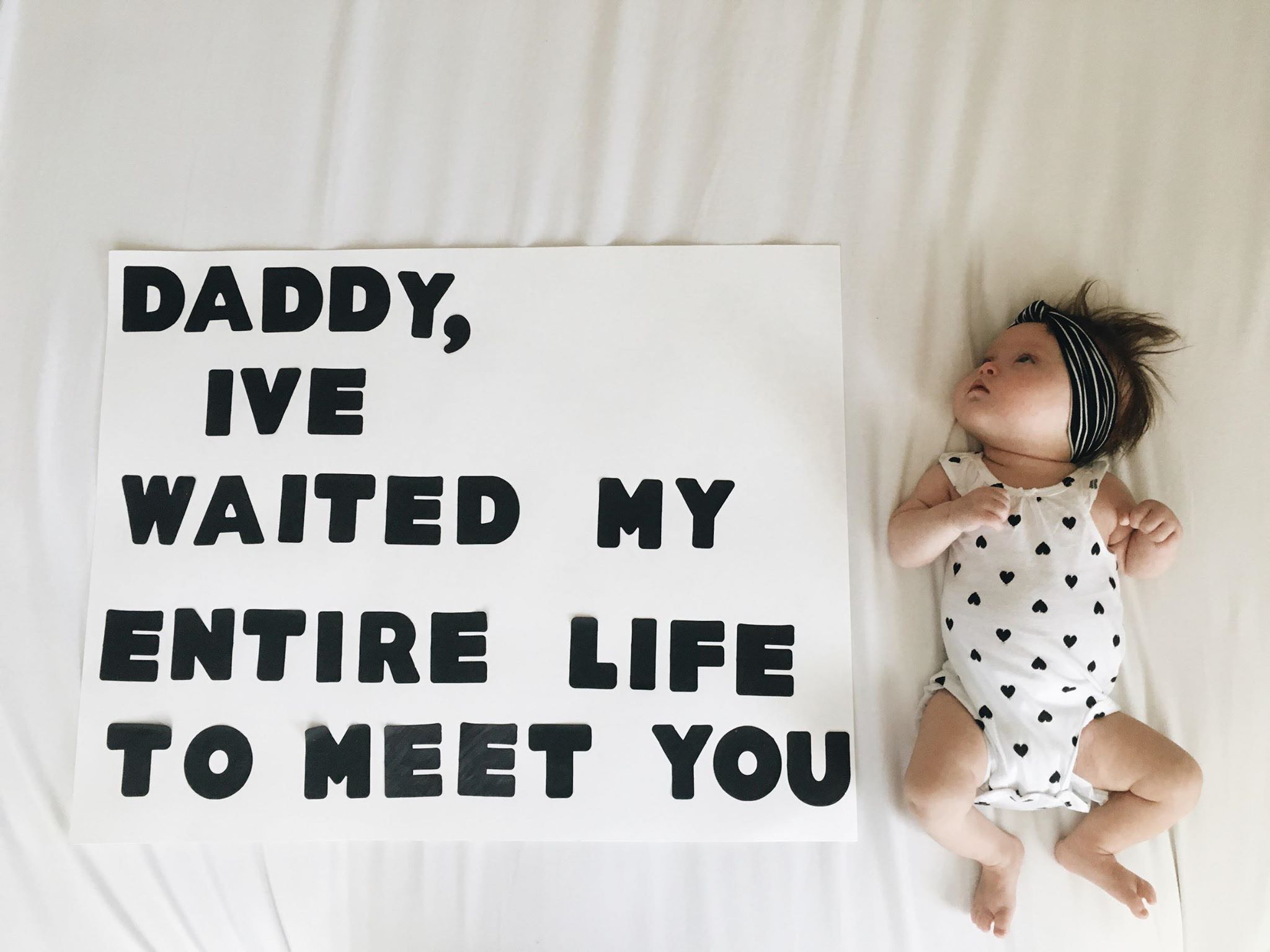 Hannah and Brian Seadschlag met at the age of 11, and eventually, fell in love and got married. While Hannah was pregnant, Brian joined the Army Reserves and had to leave for Basic Combat Training (BCT) and Advanced Individual Training (AIT), which meant he would be gone for eight months. The excited couple wanted to find out if they were having a boy or a girl before he left, so they opted to undergo some prenatal testing. They learned they were having a little girl, but Hannah began having complications with the pregnancy — and learned that she might be carrying a daughter with Down syndrome. But all Hannah could think of was keeping her daughter safe and alive.

“The first time I started bleeding, I called my doctor and was told to come in right away,” she said. “I drove myself to my obstetrician. It was the longest and loudest 45 min of my life. The sound of my heartbeat filled the car. I cried and prayed the whole drive. I prayed that the Lord would keep this baby inside me with a heartbeat.” 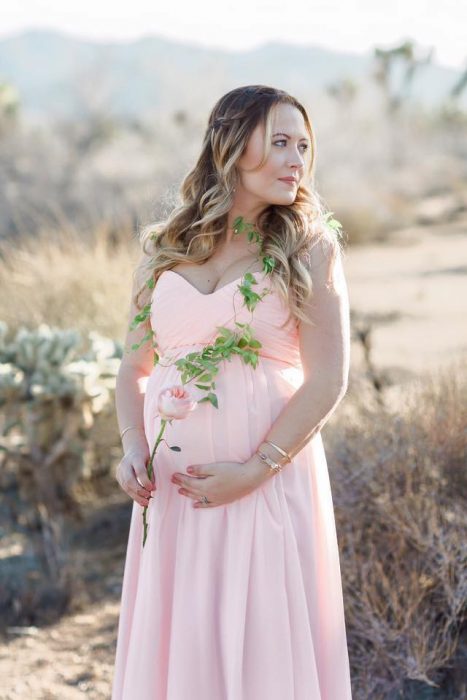 While her baby had a heartbeat, her body was trying to reject the pregnancy. Hannah begged them to save her daughter, but the doctor fought back.

“They insisted that they would not artificially preserve my baby’s life, because my genetic tests came back 99% chance that she would be born with Down Syndrome,” Hannah explained. “But they were also unsure if that was a false positive because of my compromised placenta, so I would just have to wait and see.”

Eventually, the issue with her placenta resolved itself. Nevertheless, doctors still tried to push abortion on her.

“Why fight what your body is trying to do naturally? Why play God, people asked,” Hannah recalled. “This was just the beginning of fighting for my baby’s right to live.” 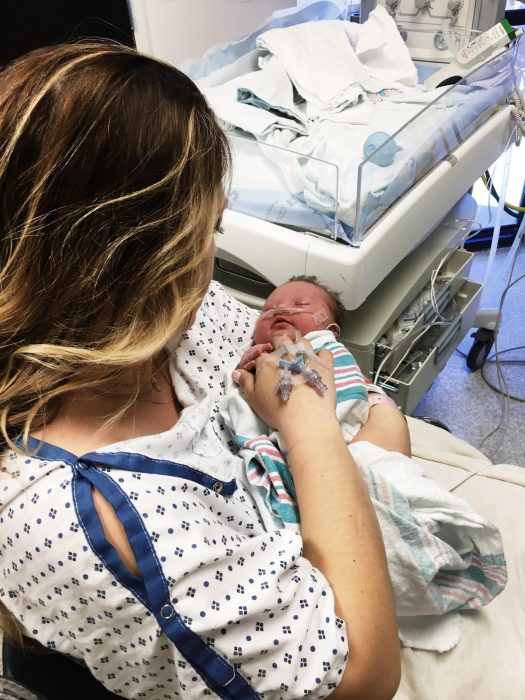 After noticing some potential issues with her baby’s heart, Hannah was referred to a specialist at USC Hospital in Pasadena.

“I met the cardiologist,” she said. “From the minute he walked into the room, he began devaluing the life inside my womb. He referred to her as an it. ‘Its heart isn’t developed. If it does have Down syndrome, it might not even make it to full term, and if it does it might not survive birth.'” Despite knowing she would not have an abortion, Hannah wanted to know what she would be facing in the future and agreed to undergo an amniocentesis at 22 weeks.

She cried as the needle pierced her stomach, scared that her daughter might not survive the procedure.

“I could see her on the ultrasound moving away from the needle. I cried even harder,” she remembered. Meanwhile, the doctor urged her to rush the results so she could terminate “in time”. “He reminded me that being a parent is hard and that having a child with special needs is even harder,” she said. “That no one would blame me if I couldn’t do it. That its life would look like medical bills, and doctors visits, and a lonely big question mark.” Yet she continued to refuse abortion.

Hannah got the call that the results were in, and she needed to come to the doctor’s office to discuss the results, which included “other findings”.

“That day was so surreal,” she said. “Walking into his office felt like a funeral service. His office was cold, and he was emotionless as he told me, ‘I’m sorry to tell you this, but your baby had Trisomy 21. Down syndrome.’ Confused and silent, I stared at him. ‘That’s it?’ Again, my lack of response was mistaken for grief, maybe? He began to tell stories of people he knows with Down syndrome, but to be honest, I tuned him out. Why did the nurse tell me there were ‘other findings’? I had been prepared for the worst. Just Down syndrome was the best case scenario. This wasn’t the end of our world. She would be okay!”

On March 26th, 2016, Adaline was born. It wasn’t until she was in the NICU that a caseworker sat down with Hannah to give her resources about Down syndrome.

“That’s when it hit me. Why now? Why weren’t these things given to me before I had my baby?” she said. “Why was I sitting in the NICU as a new mom being told about all these amazing resources, and given all this paperwork to fill out?”

Hannah understood that she had to be provided with her “options”, but none of this valuable information was given to her while she was pregnant, even though she had repeatedly refused an abortion.

“Why was fear and outdated statistics the only things I was given? Why was my pregnancy robbed of joy?” she asked. 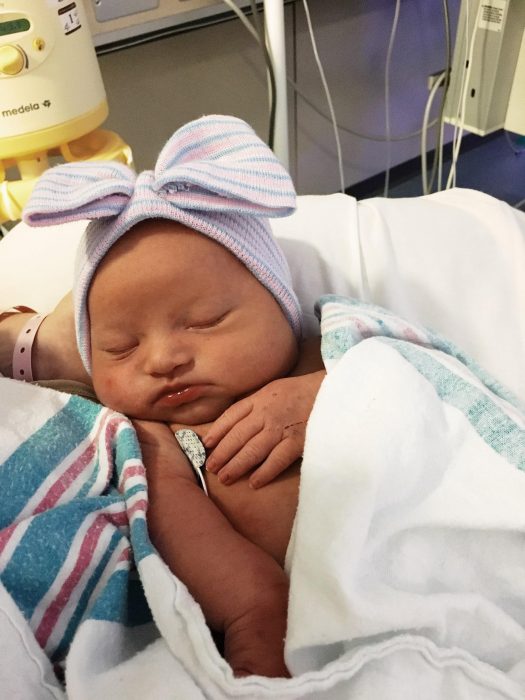 Hannah wanted to make sure that families going through a prenatal diagnosis of Down syndrome had the chance to see real-life stories and examples of families like hers. She wanted to find a way to give them hope when the world around them was trying to rob them of that hope. So along with several other parents, Hannah launched a YouTube channel, The Ups and Downs.

“We are just real life people with real stories that want to share the ups and downs about Down syndrome, and help advocate and educate families that are in the same boat we were in not too long ago,” she said. “We hope to break the stigma and outdated statistics that revolve around Down syndrome, and show the world that our kids are unique individuals with their own sets of strengths and passions. To reach families who are receiving that prenatal diagnosis or that birth diagnosis and show them that their world is not over. That there is a tribe behind you. People all over the world who know what you’re going through. And you’re not alone. We hope to bring the joy back into their pregnancy and lives and know that everything they are feeling is normal. Your baby is worth giving a chance to live. Your baby is worthy. Your baby is able. And your life is not over… it’s just beginning.”