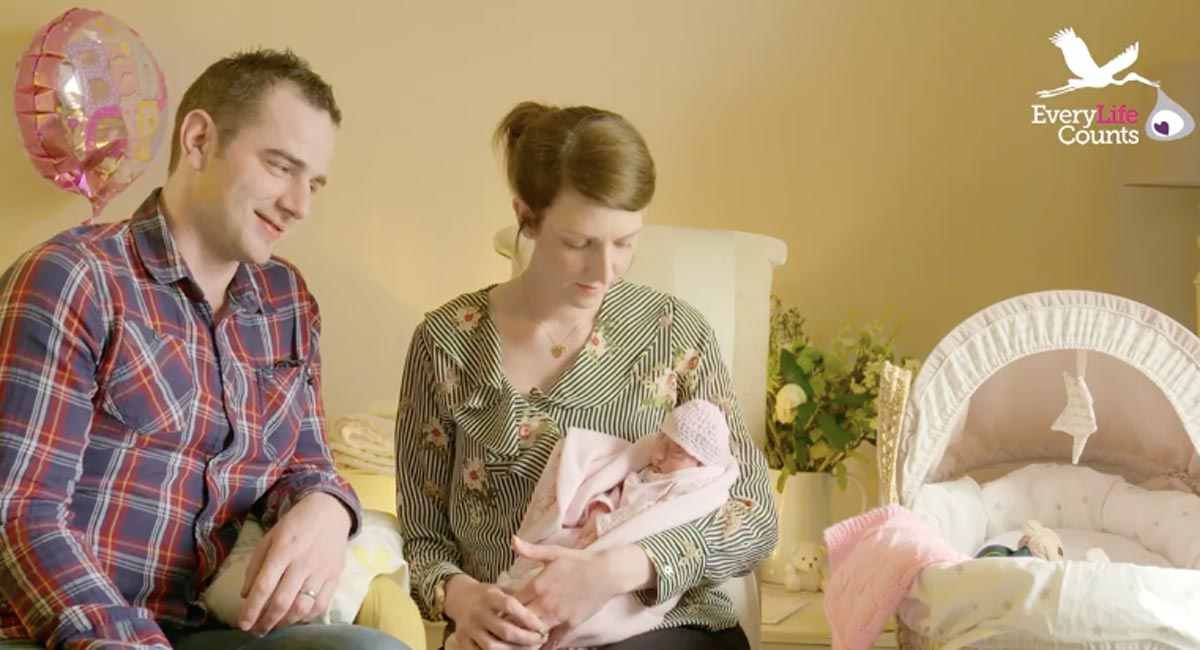 Faith Isabella Wilson was a child who was very much wanted and prayed for. Every Life Counts, a support network for parents who receive a fatal prenatal diagnosis in Ireland, shared Faith’s story in a recent Facebook post. Her parents were thrilled to be expecting and then devastated when they learned that their preborn child was missing part of her skull and was diagnosed with anencephaly. She was not expected to survive at birth and her parents momentarily wondered if they should abort as doctors had offered.

“I was very angry on the Wednesday, the day before going in to speak with the consultant,” said Faith’s mom. “I just, I guess I questioned what do I do? Do I carry this baby? Do we terminate? And I actually just went down to the bedroom and I prayed really hard – really really hard. And God just spoke to me and said, ‘You have to carry this baby.’ And I’m so glad we did because she’s here now.”

The couple was still scared but knew they had to do everything they could to carry the baby as long as possible and to make memories together as a family. They would travel and go to places where no one knew that their baby was going to die and they could just be happy with strangers smiling at her baby bump. They visited the beach and did simple things.

They were offered an induction at 36 weeks gestation for no medical reason, and they refused. They wanted their baby with them for as long as possible. She was alive and kicking her mother so hard that she assumed she was having a baby boy.

“I just felt a sense of calm and determination when I went into the ward,” said Faith’s mom. “[…] Although it was long, both of us were very calm throughout.”

There was no crying when Faith was born and they feared she hadn’t survived labor. But then they heard the beautiful sound of her cry.

READ: Michael’s brother, born with anencephaly, was a blessing – just not in the way he expected

Miraculously, Faith did so well that they were able to bring her home and feed her despite doctors discouraging her and saying that babies with anencephaly don’t feel hungry.

“But she pouts those wee lips and she smacks them and she does tell us when she needs something,” said Faith’s mom.

“The Lord’s always got a reason…. We may never know but someday we’ll find out. Just in the last few days, since Faith’s been with us, He’s showed us why because she’s spoke to so many. I’ve been on this earth 31 years and she’s been here 12 days and she’s spoke to more people and done more good than I’ve done in 31 years. It’s amazing. Wouldn’t change one thing.”

Faith’s mom says she realizes that she was scared and that she needed to be strong the way Faith has been strong and determined.

Faith lived for 15 days outside the womb and her parents loved her for every minute of those days. You can see the love and joy on their faces when they look at their baby girl. Every moment they had with “their dancer” was precious.