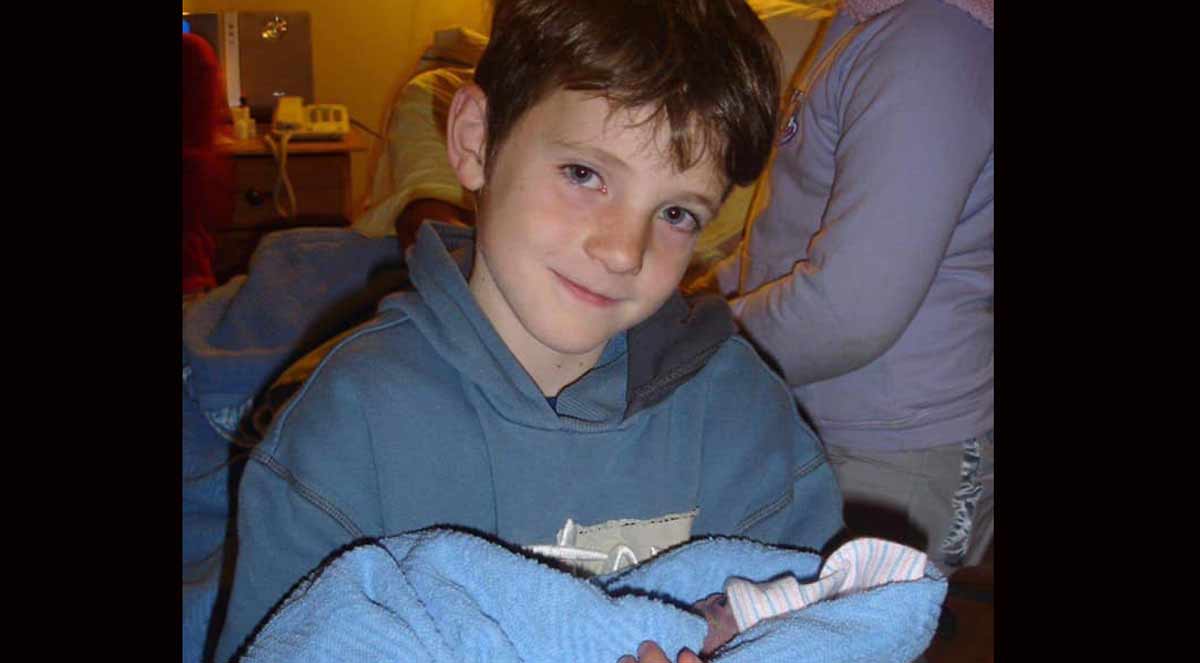 Students for Life Ireland recently shared the story of Michael and his brother John Paul Jr. Michael was seven years old when he found out his mother would be having her sixth child. He had four sisters and was thrilled when he learned his mom was expecting a boy. “As the pregnancy went on, we found out that it was going to be a boy and I was buzzed!” he told Students for Life Ireland. “However, straight away they also discovered that he had a sickness called anencephaly and that meant he wouldn’t live long outside the womb. When I was told this I was gutted. I really, really wanted a brother and the moment I was given one, he was going to be taken straight away.”

Anencephaly is a condition in which the skull and brain don’t develop properly. Babies with the condition usually live for a few hours up to a few weeks after birth. The family was heartbroken, but they did everything they could to enjoy the time they did have with baby John Paul Jr. while he was safe inside his mother’s womb. They talked to him and included him in the family’s activities as much as they could in order to build memories.

John Paul Jr. lived for 17 minutes after his birth and during that time he was surrounded by love.

“I got to hold my little brother,” said Michael. “I can’t really describe how I felt, except to say that every part of me said “….Yes! Thank you!” And even though I still feel the pain of that loss, that moment where I got to hold my only brother meant worlds to me. The fact that his life was so short made me appreciate life even more, because even though he only lived 17 minutes we were still able to give him a life full of love, and I wish it could have been longer.”

READ: ‘The Boy Without a Brain’ stuns doctors after parents refuse abortion

Michael said his mother has shared the story of John Paul Jr. on behalf of the ProLife Campaign, and he has always been proud of her for that. However, he didn’t feel as strongly about the pro-life movement as she did — not at first.

“But when I heard that in the UK 90% of babies diagnosed with down syndrome pre-natally are aborted, I got really upset,” he explained. “I remember thinking to myself ‘If only they knew what it’s like to hold them. To know that they are my blood, my family, and that there’s beauty in this person’s life like I did when John Paul Jr. was born, then they wouldn’t do this.'”

This became the catalyst for Michael’s pro-life stance, because, as he says, “you just can’t judge a life and decide this person won’t live.”

“No matter how short this life is, no matter how much pain it will bring you, there will be love and joy too,” he said, “which even in tiny quantities completely outweighs the pain and loss.”