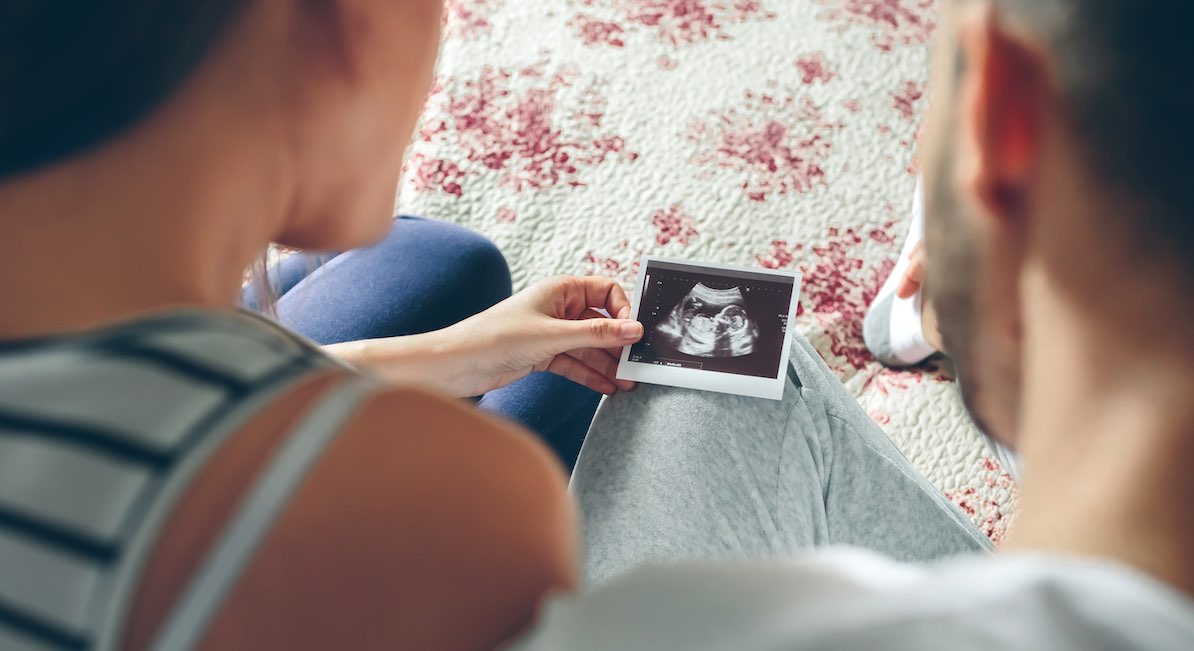 (Pregnancy Help News) Nearly one in four children in America live without a father, according to the National Fatherhood Initiative. This lack of a dad in the lives of American kids translates into numerous behavioral and societal problems, including a four-fold increase in the risk of poverty.

A group of pregnancy centers in Missouri is tackling the absent father issue and seeing strong success in saving lives and families.

“Our life-decision rate is pretty high, around 80 percent just with mom alone, but when dad says that he wants life for the baby, the percentage goes up to 91 or 92 percent,” she said.

Volunteer male client advocates serve all four locations, and two men are employed by Rachel House, one as the educator and the other who trains male volunteers.

A time for listening

In addition to the increased number of decisions for life, the staff and volunteers see other benefits to having men meet with the men who come to Rachel House with their girlfriends.

“They are listened to,” Edwards said. “We get to hear what’s on their heart and what they’re thinking … and they are educated about fetal development.”

“They get to see their babies through ultrasound,” she said, “and then they are offered a subsequent appointment, which we call a resource appointment, in which they come back and meet with our Fatherhood Educator.”

The men can sign up for the classes if they want to, Edwards added.

Two large lessons learned from engaging with new fathers are that many feel they have no say regarding the woman’s pregnancy, and they have no male role model with whom to talk.

“One of the important things that the guys said was, ‘I don’t have a male figure in my life that I can talk to,’” said Edwards. “That was a big need all by itself, just the opportunity these guys had to sit down and talk to an older man.”

“What has been surprising to us is the number of tears shed in the male counseling room,” Edwards told Pregnancy help News. “There’s a lot of emotion wrapped up in this.”

“A great many of the guys we talk to say they don’t know what they need because they didn’t know they had a choice,” she said. “They didn’t know that anyone would listen to them, so their most frequent response initially is ‘I told her I’d support her decision whatever she decides to do’ because that’s what they’ve been told they’re supposed to do.”

Edwards continued, “When another man challenges them ‘This is your baby, too… – what choices would you make for your son or daughter?’ They verbalize that, and then there’s the question, ‘Have you told her that?’ Most of the time he answers, ‘No, I haven’t because it doesn’t matter what I want; it only matters what she wants.’”

A time for education

Edwards estimates 75-80 percent of Rachel House clientele are “very abortion vulnerable … they aren’t sure what they’re going to do with their pregnancy.”

Some of the young men who accompany their girlfriends say they do not want to be a father and want their partner to abort, Edwards said. The advocates use an app called Little One Pregnancy Guide to showcase fetal development. They also discuss abortion and what’s involved with the procedure.

“Now they’re starting to get the picture that this ‘little blob of tissue,’ this ‘little problem,’ has arms and legs, and then they go into the ultrasound room – with the girl’s permission, and they see the baby for themselves – they see the heartbeat,” she said.

“I think it’s really important they see fetal development which they don’t normally see, and then understanding what abortion really is and what that looks like for the baby,” said Edwards. “That protector/provider God put in their hearts really kicks in.”

“Many of them change their minds and become an advocate for their child,” she said. “We’ve seen a lot of dramatically changed minds just like we do with the women that we see. Education is everything.”

When the coronavirus pandemic began sweeping the country, many pregnancy centers amended how they interacted with patients – including Rachel House.

“We shut down for a few days to try to figure out what we were supposed to do,” Edwards said. “Our state did declare us an essential business … then it was just a matter of figuring out all of the protection items that we needed and getting those things in place so we could open back up.

“We never stopped serving clients through phone calls and our chat button on our website,” she said.

Classes have been held via Zoom and telephone, and two centers re-opened for medical services, she added. A third center is scheduled to re-open mid-June and the fourth location in mid-July.

The classes, which range in size from four to ten people, may resume in-person by mid-June.

“They (the participants) really want to be back face-to-face,” Edwards said.

Rachel House started in January 1992 in a small house; it was founded as a maternity home called “The Lighthouse.” Edwards has been with the organization since inception, starting as a volunteer. In November of that year, she was asked to take the helm after the original part-time director left.

The first year 72 women were served. That number grew to nearly 800 a few years later when the organization began offering pregnancy tests and a boutique of used clothing. For a short time, the group partnered with a local hospital and OBGYN clinic and later received a donated ultrasound machine. The center’s medical director was part of that clinic.

“We were having full-term OB care. It got a little cumbersome, but one of the things that came out of that was that we were approached by a pregnancy center in another part of the city saying, ‘We want to do what you’re doing,” Edwards said. “It turned out that it was just easier to take them under our umbrella – that’s how our second pregnancy center was born. In the meantime, we expanded into another community, and in 2016, we saw a real need in the urban core of Kansas City, so we opened a center in the city.”

As Rachel House has expanded in numbers, locations and programs, Edwards knows the greatest joy of pro-life pregnancy center work.

“There’s nothing more exhilarating than seeing a baby and mom so happy,” she said, “and you know when they came in the door all those months ago that baby’s life was at risk … and God let you be a part of that.”