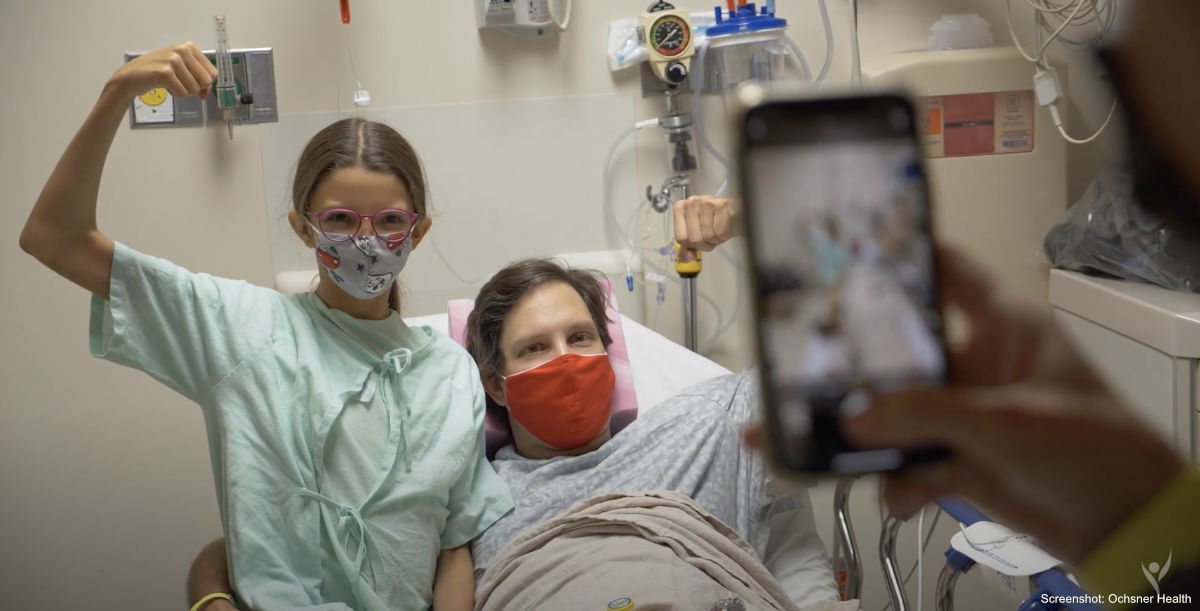 A 12-year-old Mississippi girl is alive today thanks in no small part to a heroic organ donation from her dad. When Rhett Shaffette discovered that his daughter, Cecilia, was experiencing life-threatening bleeding due to a liver condition, he decided to step in and donate a part of his own liver so that his little girl could live.

Cecilia was born with biliary atresia, a condition in which the liver can’t function properly because bile ducts haven’t formed normally. After getting that diagnosis, Cecilia’s parents were told that she would need a liver transplant in order to survive. She went on the transplant list in 2018, but by 2020 she had still not been placed with a match. In August of that year, Cecilia’s condition worsened and she had a near-fatal ordeal with some internal bleeding.

That’s when Rhett, who had previously discovered that his liver was a perfect match for his daughter, decided to take action as a living donor.

The AP spoke with Dr. John Seal, one of Cecilia’s surgeons, who said that receiving a transplant from a living donor is often far superior to an organ transplant from one harvested from a deceased donor. Since the liver regenerates quickly, both patients can expect to regain normal function within a few months post-surgery.

Rhett described the relief he felt when tests revealed that he was a perfect match for his daughter. “It was a godsend,” he said. “That’s the only way to explain it.”

Rhett told the Mississippi Clarion Ledger that he was able to encourage Cecilia through the difficult recovery period as they spent time walking their driveway together to regain strength. While it was very difficult for Cecilia to even walk at first, within months she was back to dancing and participating in athletics. In fact, thanks to the transplant Cecilia is now able to do many things that would previously leave her tired or strained. “I have a lot more energy, and I don’t feel bad a lot,” she said. “I just feel better overall.”

Cecilia is quick to recognize and acknowledge that her good health today is thanks in big part to her father. “I’m very lucky and grateful that he could do this for me,” she said. “I have an awesome dad. He’s always been my hero.”