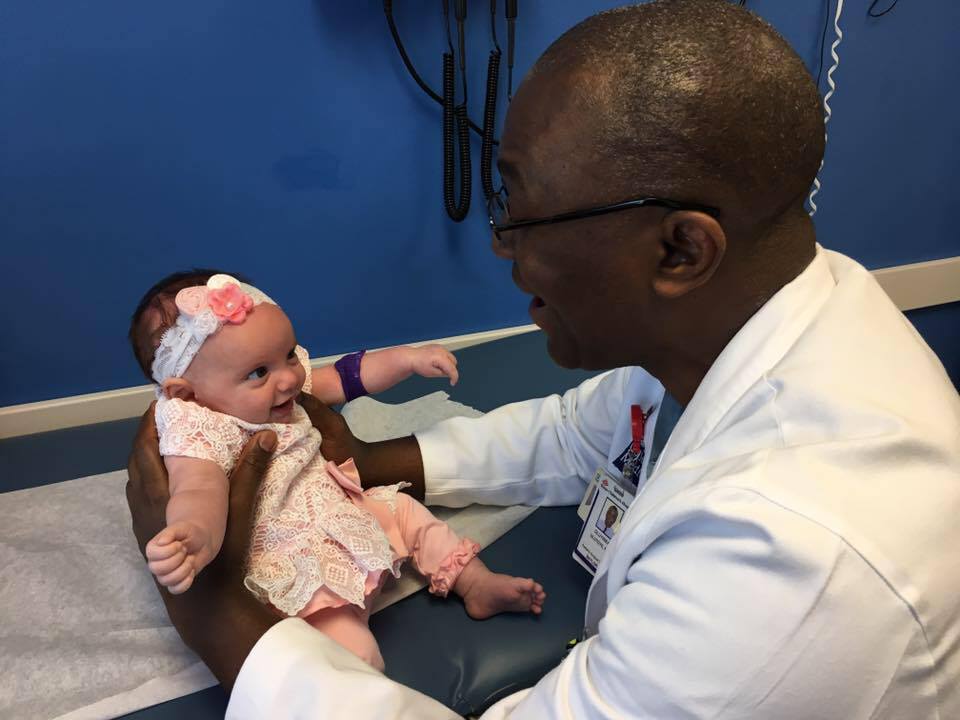 At 23 weeks along in her pregnancy, Margaret Boemer and her husband Jeff were faced with a crucial decision. Their preborn child, LynLee Hope, was suffering from a rare disease named sacrococcygeal teratoma. The alarming diagnosis came during a routine ultrasound Margaret had at 16 weeks into her pregnancy.

In an interview with the Texas Children’s Hospital, Margaret shared:

They saw something on the scan, and the doctor came in and told us that there was something seriously wrong with our baby and that she had a sacrococcygeal teratoma…and it was very shocking and scary, because we didn’t know what that long word meant or what diagnosis that would bring.

Sacrococcygeal teratoma is a condition in which a tumor develops before birth and grows from a preborn child’s tailbone. According to Dr. Darrell Cass, thoracic surgeon and co-director of Texas Children’s Fetal Center, sacrococcygeal teratoma occurs in one of of every 35,000 births and is the most common tumor seen in a newborn. The tumor was causing LynLee’s heart to slow down, and she was in danger of going into cardiac failure. In addition to the pain from processing LynLee’s condition, Margaret and her husband were originally expecting twins. Sadly, LynLee’s sibling was lost before her second trimester. During this heart-wrenching time, some doctors advised Margaret to seek abortion. Yet in spite of all the challenging circumstances, Margaret and her husband refused to give up on LynLee.

Dr.Darrell Cass gave them hope when he provided a different idea: the option of performing open fetal surgery. The surgery would be difficult, and LynLee was given a 50% chance of survival. The tumor was already shutting down her heart, and it was growing by sucking the blood flow from the baby. It was a horrifying competition for survival as both Margaret’s baby and the tumor sought to grow simultaneously.

Even with the risk of death, Margaret and her husband were in agreement that termination was not an option. They told the doctors they wanted to give their daughter life.

On March 7th, at 23 weeks along — when the tumor was almost larger than LynLee — Dr. Cass performed the emergency fetal surgery. The operation took five hours, with just 20 minutes of that time spent on LynLee herself. In this kind of surgery, the majority of the time is spent on making the perfect incision to open the uterus. After the incision, the uterus must be sewn and sealed tight. In Margaret’s situation, the tumor was so large that a huge incision was needed. This caused baby LynLee to literally “hang in the air” outside of the womb. The baby’s heart needed to be restarted, and she was given a blood transfusion. When the majority of the tumor was taken out and LynLee was stable, she was placed inside her mother’s womb again, and the womb was sealed.

Dr. Cass referred to the whole procedure as a miracle.

The next few days were critical, and Margaret remained in the hospital for a week. Slowly, LynLee recovered from the shock and gained back a normal heartbeat. Margaret was then placed at a local Ronald McDonald House and put on bedrest for three months in an effort to remain pregnant. Through the support and prayers of family and loved ones, Margaret continued to carry her daughter to 36 weeks.

Then, via C-section, LynLee came out of the womb again — and stayed out — on June 6th. She weighed 5 pounds, 5 ounces and was taken to the neonatal intensive care unit upon birth. Just eight days into her life, LynLee had another surgery to remove the remains of the tumor. Her mother says she is doing beautifully and is perfectly healthy. “It was worth every pain,” she says. LynLee Hope is the 3rd child born to Margaret and Jeff Boemer. The family has great joy seeing their children laugh and play together. On a GoFundMe page, Margaret shares, “Through this entire experience we have trusted in God to get us through each day.”

The Boemers’ courage and faith, along with the expertise of Dr. Cass and his team, have helped a special child get two chances at life.

LynLee and her family show us that abortion is never the answer.