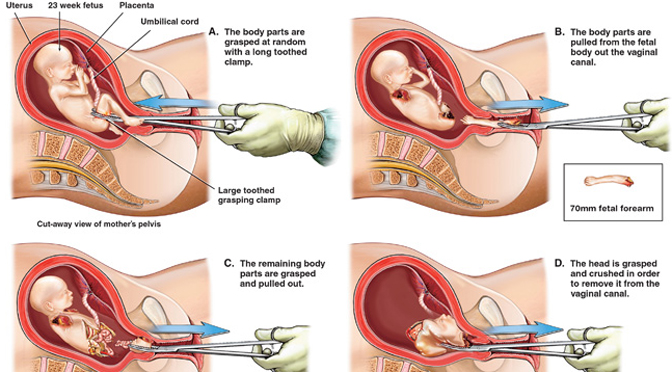 The Michigan House of Representatives is considering a ban on dilation and evacuation, or dismemberment, abortions.

“It seems unconscionable to me that this type of abortion exists, and it is time that this practice ended,” declared bill sponsor Rep. Laura Cox, a Republican, calling it a “gruesome, horrific and cruel type of abortion procedure whereby tiny unborn humans are literally ripped apart.”

These abortions, common in the second trimester of pregnancy, comprise approximately 8 percent of Michigan abortions. Under the proposed legislation, abortionists committing dismemberment abortions would be subject to up to two years in jail or $50,000 in fines.

As Live Action News has previously reported, Kansas and Oklahoma have also enacted dismemberment abortion bans, though they are both currently under litigation, while Nebraska has also introduced a ban.

Abortion supporters object, saying that Michigan’s bill would entangle the state in another fruitless legal battle. NARAL Pro-Choice America has also claimed “dismemberment abortion” is a “medically inaccurate” label, despite the fact that the National Abortion Federation’s own materials describe separately removing “fetal parts” and “extremities.”