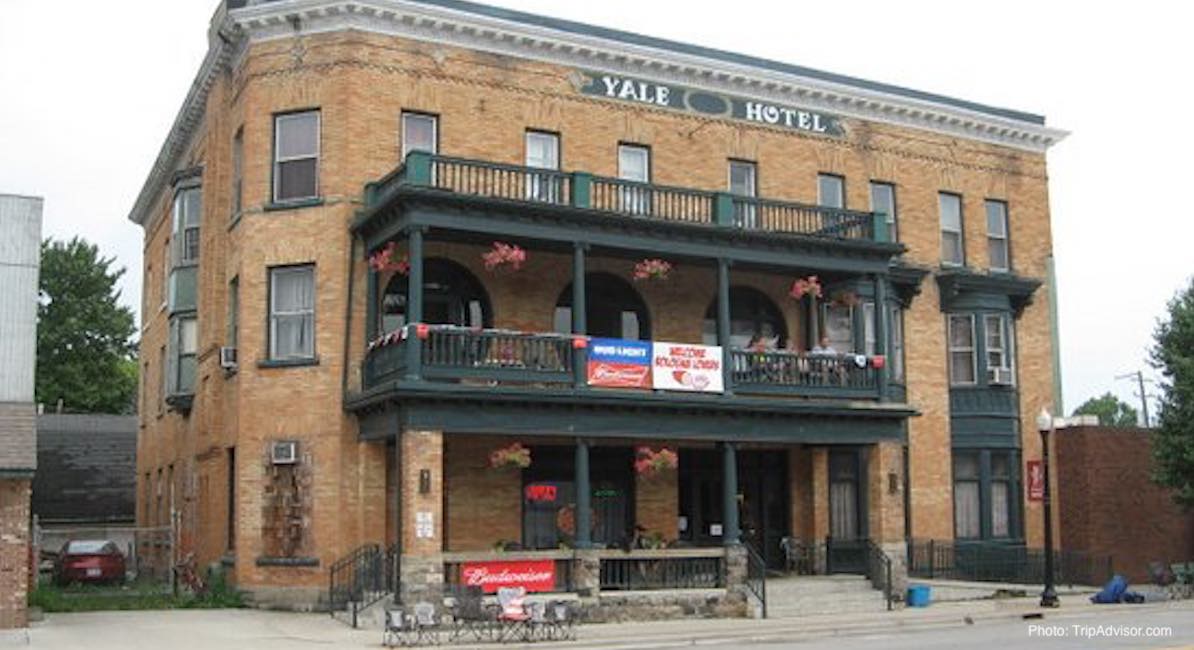 Recently, a sort of “underground railroad” has taken shape following the passage of pro-life laws in various states — but instead of saving lives, it helps women take the lives of their preborn children. Case in point: the owner of The Yale Hotel in Yale, Michigan, is offering women who can’t obtain abortions in their home state free lodging at the hotel if they can make it to Michigan. People have reportedly even offered to provide transportation to Michigan to help women abort their children, if desired.

The Facebook post from owner Shelley O’Brien reads, “Dear sisters that live in Alabama, Ohio, Georgia, Arkansas, Missouri, or any of the other states that follow with similar laws restricting access, We cannot do anything about the way you are being treated in your home-state. But, if you can make it to Michigan, we will support you with several nights lodging, and transportation to and from your appointment.” 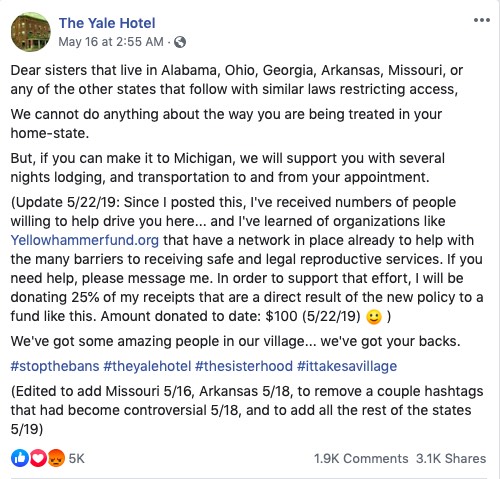 Yale is not too far of a drive from Sterling Heights, Michigan, where one of the Northland Family Planning Associates abortion chain is located. The owner of Northland, Renee Chelian, has previously remarked that she considered giving women back their aborted children in gift bags after their procedures because her facilities had so many aborted babies to dispose of that they didn’t know what to do with them all. The Northland FPA facility in Southland, MI, has recently seen at least five ambulance calls in six months.

It isn’t uncommon for abortion patients to book stays at hotels when they are having late-term abortions done — days-long procedures in which the child’s heart is first stopped with a drug like potassium chloride or digoxin, and then the cervix is dilated for several days, after which the mother goes into active labor to deliver her child stillborn. During this process, women labor at those hotels — and sometimes, as you can hear from the undercover recording in the video below, women may deliver their stillborn children into hotel toilets or on hotel room floors. In these cases, women are told to unlock their hotel room doors and sit on the toilet with a cell phone and wait for the abortion workers to come to them. “You don’t have to look at anything” or clean up, they are told. Listen (beginning at 3:54):

If any women seeking later abortions come to stay at the Yale Hotel, this is what the owners could be unknowingly getting themselves into.

According to Townhall, political efforts to restrict abortion — with which most Americans agree, according to recent polling — are taking place in the state. “One group is attempting to get a heartbeat bill passed, although Gov. Gretchen Whitmer (D) has said she’d veto the legislation,” writes the news outlet. “Right to Life of Michigan plans to pursue legislation that would ban dismemberment abortion. The pro-life group plans to go the ballot initiative route for banning dismemberment abortion, which would keep Whitmer from being able to veto the legislation.”