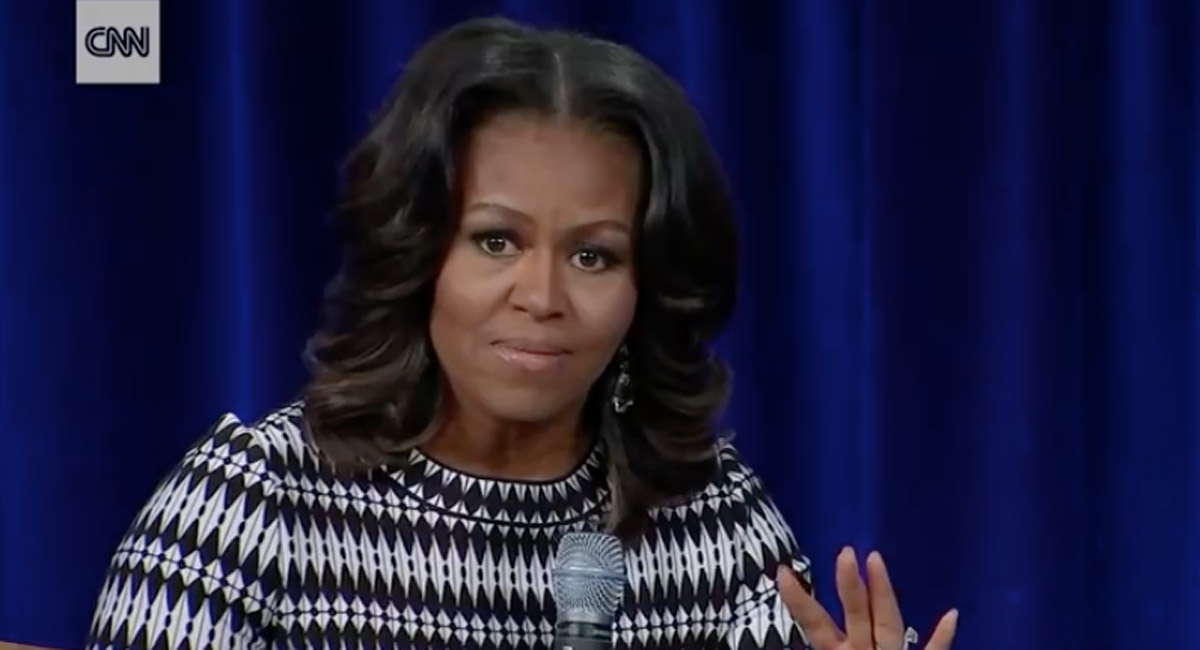 Ahead of releasing her new memoir, “Becoming,” Michelle Obama revealed that she and Barack Obama suffered a miscarriage before the birth of their daughters, Malia and Sasha, now 20 and 17. While much of the buzz surrounding the book release is focused on the former-first lady’s political comments in the memoir, what is much more revealing are the personal stories never before shared.

In an excerpt of the book read by anchor Robin Roberts on Good Morning America, Michelle writes, “It turns out that even two committed go-getters with a deep love and robust work ethic can’t will themselves into being pregnant.”

During the couple’s struggle with infertility, they did conceive a child, but tragically miscarried a few weeks later. In an interview, Michelle told Roberts, “I felt like I failed because I didn’t know how common miscarriages were because we don’t talk about them.” She added, “We sit in our own pain, thinking that somehow we’re broken.”

Michelle discusses in the book how she chose to pursue in-vitro fertilization, a controversial procedure. She says she is sharing her story now to help other women, telling Roberts, “I think it’s the worst thing that we do to each other as women, not share the truth about our bodies and how they work,” also stating that when she hit her mid-30s, she realized “the biological clock is real.”

The deeply personal and emotional story of losing a child to miscarriage is a marked contrast to the Obamas’ pro-abortion advocacy. Writing for Live Action, Calvin Freiburger explains:

Throughout his career, Obama has consistently opposed every restriction on abortion, supported abortion-on-demand at virtually any stage of pregnancy at taxpayer expense, has refused to investigate Planned Parenthood’s sale of parts from aborted babies and possible related crimes.

While these represent her husband’s views, Michelle Obama has also been a vocal advocate for abortion, working with America’s largest abortion business, Planned Parenthood, and even writing a letter defending partial birth abortion.

Life undeniably begins at conception. The tragic experience of losing a preborn child makes the Obamas’ legacy of working with America’s largest abortion business and advocating for abortion, the intentional killing of a preborn child, all the more incomprehensible. As their personal story shows, every preborn child is a unique and precious gift, and to lose that person, no matter what stage of development, is a tragedy.