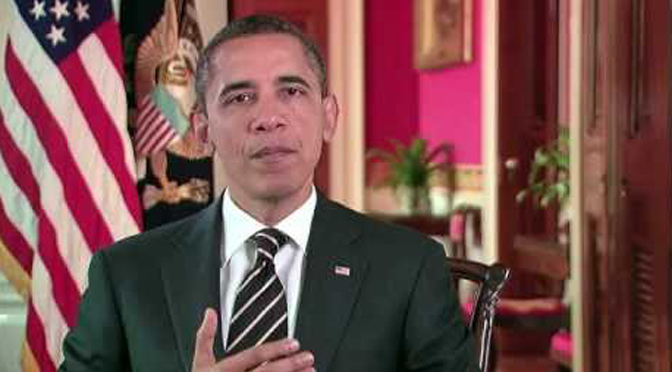 During last week’s White House Summit on the United State of Women, President Barack Obama declared that any country that does not allow abortion-on-demand “will not reach its potential.”

“Even as we make progress at home, we look abroad and we know that any country that oppresses half the population — that doesn’t let them go to school or work, and does not give them control over their own bodies — that’s a society that will not work over the long term,” Obama said [emphasis added].

LifeSiteNews notes the irony of the president placing such a high value on aborting preborn babies shortly after professing to “love babies” and recounting, “we’ve been having a lot of babies, I’ve noticed, in the White House – which I’m happy about.”

Throughout his career, Obama has consistently opposed every restriction on abortion, supported abortion-on-demand at virtually any stage of pregnancy at taxpayer expense, has refused to investigate Planned Parenthood’s sale of parts from aborted babies and possible related crimes.

Despite the president’s insinuation that women cannot thrive without abortion, polling suggests that just 11% of millennial women consider “preserving access to abortion” the issue most important to them in 2016, that women believe abortion has a net harmful effect on them 56% to 31%, and that overall, women tend to be at least as pro-life as men.