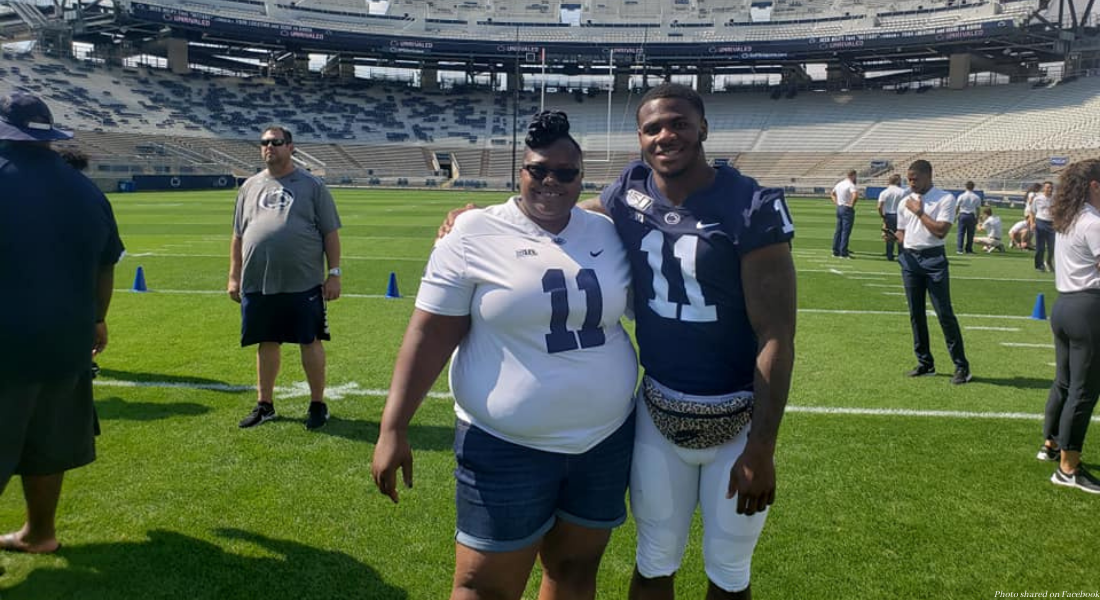 Micah Parsons was a stand-out on the football field at Penn State. The All-American athlete is sure to be an NFL first-round draft pick, and a doting father to his son, Malcolm. His life, though not without its hardships, has become an inspiration to his old neighborhood. And yet none of it would have happened had his mother gone through with her original decision to have an abortion.

Sherese Parsons calls her son Micah her biggest blessing now, in a Penn Live article about his life. But when she got pregnant 21 years ago, she had two children already and was scared she couldn’t afford another one. She was already working two jobs to get by, and Parsons’ father, Terrence, wasn’t around much.

“I was like, ‘I’m already struggling,’” Sherese told the newspaper. “I told his dad, ‘I think I’m going to the clinic.’ I was really thinking about it.”

But a sudden phone call from a woman at her church was nothing short of “divine intervention,” according to both Micah and Sherese. The woman said she could tell Sherese was hiding something, and eventually, the truth came out. “She talked my mom out of it,” Micah said. “I think that is why (my mom) was always like, ‘God looks over you, son, and you should continue to keep doing good things in your life and give back to God.’ That was one of the first lessons she taught me.”

READ: AMAZING: 11-year-old chose life after rape, and now her son is a WWE superstar

So Sherese chose life, and made sure to raise Micah with lots of structure, through sports. Though they loved their neighbors on Jefferson Street, Sherese wanted her son to have opportunities. “I think about the young boys (Micah) grew up with there,” she said. “Most of them are dead or in jail now.”

Thanks to sports, Micah didn’t have the time to get into trouble, and he became a star football player, too.

His mother’s dedication and sacrifice didn’t go unnoticed by Micah, judging from a social media post he wrote several years ago. “You give me life, you give me anything I ask for with your hard work and dedication,” he wrote on Facebook. “[N]ever met a women so strong, you make sure we’re good before yourself and I don’t know where I’ll be without your guidance love and strength.”

He and his father mended their relationship as well, and the two are still close to this day. Though he had some stumbles through high school, Micah made sure to get himself back on track, and he didn’t forget where he came from when he signed with Penn State, returning to Jefferson Street to announce the news. He still visits, signing autographs and giving hope to other neighborhood kids that they can make it, too.

He also has a vision beyond just football; he’s majored in criminology, and wants to develop second-chance programs for people who have made mistakes. And Micah already dreams of a better future for his son, Malcolm, starting with when he is chosen at the NFL draft.

“He won’t know exactly what’s going on,” Micah said. “But, when I can look at him, give him his hug and his kiss before I go up (on stage), that’ll be a picture that we will frame and have for the rest of our lives.”