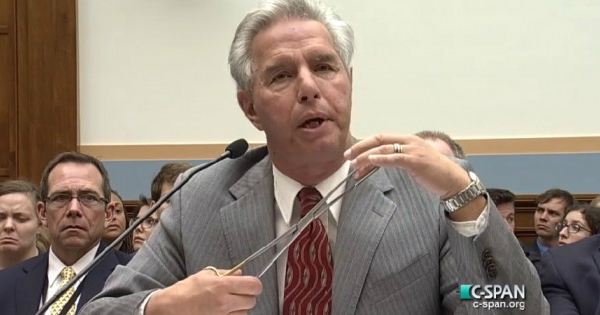 In the debate over abortion, our conversations often focus on women and the preborn. But sometimes we forget another group of people whose lives are affected by abortion: the clinic workers. Their reasons for working in the abortion industry vary, as do their life stories. Many of these men and women courageously leave the industry after learning the truth about their work. Here are six people who made that brave decision.

Sometimes all it takes is one moment for an abortion worker to decide to leave. Aguilar describes that moment in her life:

That Saturday, my coworker called me to go look at what she was seeing in a container the doctor had just left on the counter after he was done with an abortion procedure. With horror she kept repeating, “We are going to go to hell—Meri, come and see what is in here!”

I turned and started walking towards her, wondering what she was talking about. When I got closer to look inside, to my disbelief, I saw tiny little arms with the hands attached intact. I could see the tiny fingers and legs with tiny feet and toes floating in blood and solution. We just stood there without saying a word. […]

After that day, things changed, and I was not able to continue to do what I was doing. I finally knew for certain that abortions were never performed on a blob of tissue, as they want the world to believe, but a real person. This baby was 12 weeks old before he/she was murdered. I did not last long after that, and soon I was fired. The number of abortions being scheduled were not growing, but declining, at the center I was working.

He performed 1,200 first and second trimester abortions, while at the same time struggling with infertility with his wife. They adopted a little girl, whom they named Heather. After being hit by a care, Heather tragically died just before her sixth birthday.

“I realized as never before,” said Levatino, “that the child I was killing in each abortion was somebody’s precious child. […] One day it was my turn to perform a second trimester abortion. As I started the procedure, I inserted a clamp and ripped out the baby’s arm. Then I paused for what seemed like forever, staring at the arm in the clamp. A procedure I had done over a hundred times before suddenly made me ill.”

After that, he explains, “It was too difficult to continue. […] As an abortionist, I was at the epicenter of the earthquake, but since I stopped doing abortions and became involved with pro-life efforts, I can clearly see how abortion affects everyone connected with the child who dies. I regret performing abortions.”

Dr. Levatino went on to be the featured expert in Live Action’s viral Abortion Procedures videos.

In his own words, Dr. Brewer shares his story:

Here I was with no real convictions, caught in the middle. So I did what a lot of us do throughout our life, we don’t do anything. […]

The first one that I did was kind of hard . . . But after a while, it got to where it didn’t hurt. […] Every time it would begin to eat away, I would thicken that callous a little bit more. I wasn’t making any money because I wasn’t in private practice yet. So it’s not that I was in it for the money. I was just simply uncommitted, and that’s the way a lot of people today are. We’re uncommitted; we’re afraid to stand up; we’re afraid to speak out. […]

What happened next in my life was that a very precious woman, who is now my wife, invited me to go to church. She wasn’t even a Christian at the time. But I went to church, and guess what happened to me? What was I going to do with this girl who was coming in for an abortion, and I’ll tell you, that was a tough time for me. Because I had the feeling that if I did just the one more, then I wouldn’t have to do any again. I could just fulfill this commitment and do this last one, and that could be my last one.

But, you know, God reminded me of that calloused heart that I had developed and that if I did one more after making the commitment as a Christian, that I would get back into that same old problem again. So, by God’s grace, I told that girl that I couldn’t do it. I wish I had known what happened to her; I never did find out. But that was a turning point in my life and a very special time.

“By the time I was a senior resident, I was medical director of one of the clinics and spent my vacation time at pro-abortion seminars and political functions,” Dr. Moor said.

It was not until I was pregnant myself that I began to really examine my feelings about the moral aspects of abortion. It had taken over a year for me to become pregnant with my daughter. The first time I saw the tiny little flicker of her heartbeat on an ultrasound screen, I fell completely in love with her. I finally had to come to terms with the fact that the only thing that made my daughter any different than all those tiny babies I had terminated was the fact that I wanted her. It was as if the scales fell from my eyes and I was at last able to see what I had not allowed myself to see in all those years of doing terminations.

Dr. McMillian was “trying to run the best abortion clinic in the country,” and as part of her routine, examined what she removed after every abortion.

“Standing at that sink, I guess I just started seeing these bodies for the first time. I don’t know what I did before that. I think I just counted. I was cool. Blood didn’t make me sick. I could handle all the guts and gore of medicine just fine. But I started seeing this for the first time, and it started bothering me,” McMillian said at The Meet the Abortion Providers Convention in Chicago. She continued, explaining a particular incident that changed her:

I remember one afternoon in particular, a very attractive young woman who was the day-to-day manager of the clinic came up to the sink one day while I was getting ready to go through my little procedure, and she said, “Would you let me see? I’ve never really seen what you look at at the sink.” I said, sure, and I started showing her. And this happened to be about a 12-week abortion, and that was about the farthest along we went. That day as I was showing her, I remember very clearly seeing an arm and seeing the deltoid muscle, and it just really struck me that day how beautiful that was. The thought just flashed through my mind: What are you doing? Here is this beautiful piece of human flesh here; what are you doing? That was one of the very last ones that I did.

As a post-abortive mother, Jewels Green describes her ardent pro-choice views as a way she tried to justify her own abortion. One day, though, had a change of heart:

My ‘Ah-HA’ moment came when I learned of a surrogate mother who was offered payment of her contract in full to abort the child she was carrying when genetic testing determined the baby would be born with Down syndrome. The biological parents must have been so dedicated to the idea of ideal offspring to consider paying tens of thousands of dollars to eliminate their innocently ‘imperfect’ child, and to my utter horror, the surrogate agreed to the abortion–and the payout. It was a like the light bulb finally switched ON for me. This was wrong. It was fundamentally wrong to treat children as commodities to be created, bought, sold, and discarded at will or for ‘quality control.’ Once I accepted that this abortion was wrong, intellectual honesty and logical consistency brought me to the realization that all abortions are wrong. 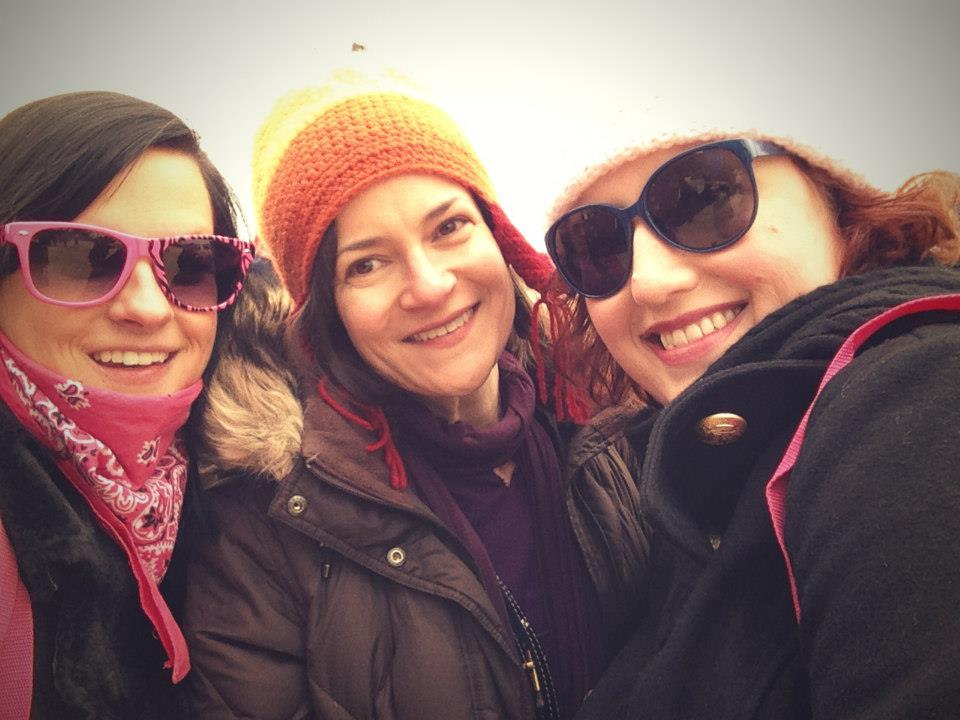 Jewels with Destiny and Kristen from New Wave Feminists.

For more testimonies of former abortion workers, you can look through Clinic Quotes. If you know someone who works in the industry, you can connect her or him with And Then There Were None — a ministry which has helped over 300 workers through the process of making this courageous decision to leave. No one is beyond conversion. Pro-lifers believe in the dignity of every life, so let’s make sure abortion facility workers know pro-lifers are here for them, too.