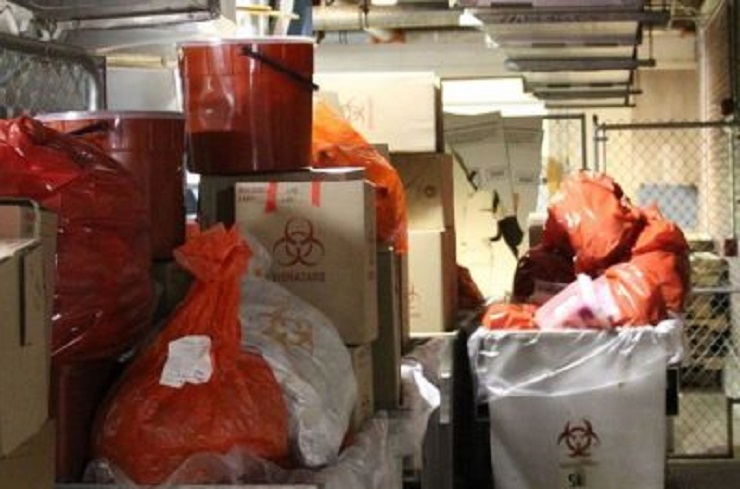 The disposal of aborted children has been a longtime problem for the abortion industry, with some members having such a freezer backup of mutilated bodies that Michigan abortion facility owner Renee Chelian said at a National Abortion Federation conference, “There was a point when Stericycle fired us that I had five months worth of fetal tissue in my freezers. We were renting freezers to put them in…. I was so consumed with fetal tissue, I was ready to drive to upper Michigan and have a bonfire. … I mean it was the worst, I dreamed about how to dispose of fetal tissue. And the garbage disposal was an option…”

And it seems this problem isn’t going away anytime soon.

Today, pro-life group Operation Rescue (OR) reported that Biomedical Waste Services, Inc. (BWS), a medical waste disposal company that was contracted with Maryland abortion facilities — including that of dangerous late-term abortionist LeRoy Carhart — has decided to end its agreements with the facilities. Earlier today, June 5, 2018, OR asked its supporters to contact BWS and states that “within minutes of releasing the article,” the general manager for the company contacted Operation Rescue. Within hours, OR reports, general manager Trey Krell “had sent OR a copy of a letter dated June 5, 2018, addressed to Carhart’s wife, Mary, notifying ACO that Biomedical Waste Services, Inc. was terminating services effective immediately. Krell also informed OR that contracts had already been ‘closed’ with other surgical abortion businesses.”

… [P]ro-life group Created Equal drew attention to some video captured by whistleblowers showing the apparent illegal transport of medical waste from a South Carolina abortion facility. The group stated, “On three separate occasions, video was captured showing a representative of Greenville Women’s Clinic illegally transporting dead babies in a passenger car and transferring the aborted baby body parts to a Stericycle waste truck at a local gas station.” While we cannot confirm at this time that aborted baby remains were in the medical waste container, Stericycle has been known to contract with abortion facilities to dispose of the bodies of aborted babies as medical waste.

No doubt, pro-lifers reaching out to women entering abortion facilities will remain vigilant about noting who is aiding and abetting the abortion industry, its grisly trade, and its victimization of women.