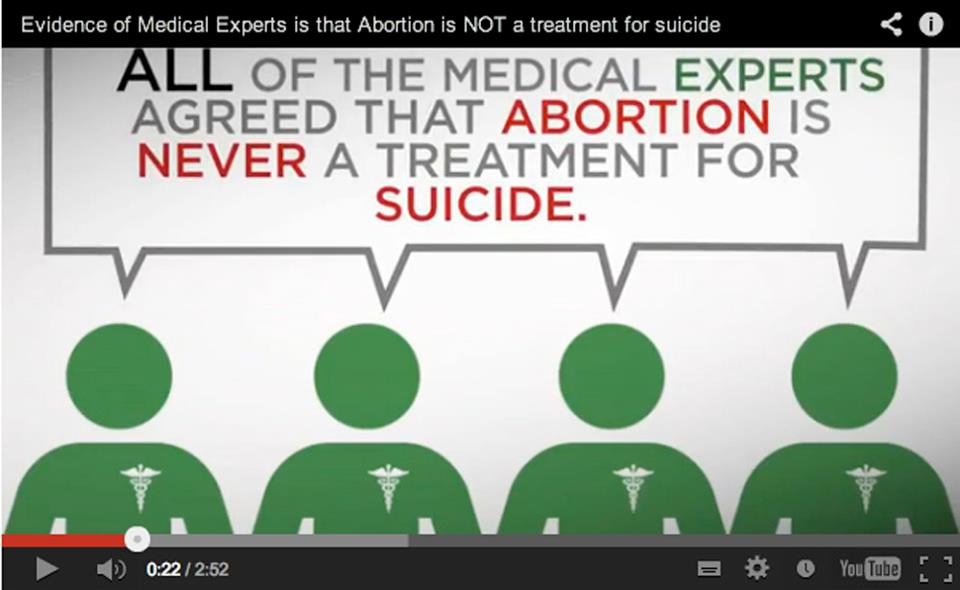 The experts speak. The abortion lobby plug their ears.

A new video released by the Life Institute highlights expert medical testimony that abortion is not a treatment for suicidality.

The video observes that all of the medical experts testifying before the Irish parliament’s Committee on Health and Children agreed that abortion is never a treatment for suicidality. Moreover, not one expert knew of a case where a woman had died by suicide because abortion was illegal.

On the contrary, the evidence presented indicated that abortion actually increases the risk of mental illness by 30% and multiplies the risk of suicide by 6 (documented additionally elsewhere). Instead of providing abortion, treatment for pregnant women with suicidal tendencies should include nursing, psychological evaluation, and properly prescribed medication.

In Ireland, the debate over whether threat of suicide is a justification for abortion is not new. In 1992, the Irish High Court ruled in the X-Case that suicide poses a “real and substantial risk to the life of the mother” and that the right to life of the unborn child is actually of lesser importance, since it is contingent on the mother’s right. Nevertheless, no legislation has yet been passed to codify this ruling. A popular referendum in 1992 to permit abortion, including in cases of suicide, was soundly defeated by a 64% majority. Another such referendum was defeated in 2002.

The debate reached a fever pitch in the past few months as the Irish parliament announced its intention to legislate on the X-Case by Easter, permitting abortion in cases of threatened suicide. Suicide in pregnancy is very rare, but legalizing it in such cases may make the claim of suicide a common excuse to obtain an abortion. Fianna Fáil leader Micheal Martin says his party is concerned that this provision will open the door to abortion on demand in Ireland. Former prime minister John Bruton also opposes permitting abortion for threat of suicide.

Given the medical evidence, it’s clear that Irish doctors do not have to choose between conflicting rights to life or provide abortion to treat mental health. Providing optimal health care and support to pregnant women never requires the intentional killing of an unborn baby. 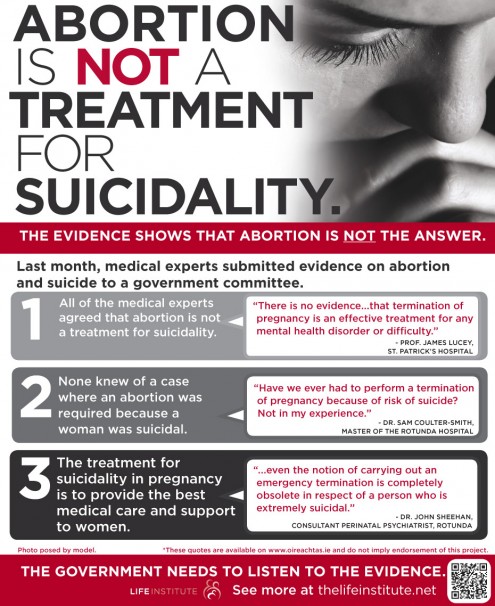