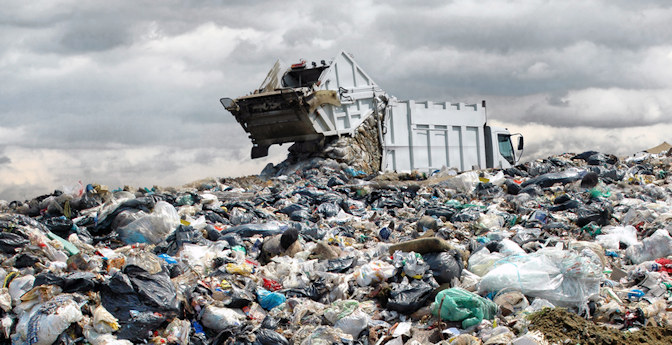 Sometimes it’s hard to distinguish hard news from editorializing in abortion coverage. Sometimes, such as with the Austin Chronicle, that’s because there’s absolutely no difference between the two.

There, categorized under “News,” is a story by Mary Tuma on a public hearing over Texas’s proposed regulation that aborted fetal remains must be buried or cremated instead of disposed of in sewers or landfills—you know, treated like the human beings they are rather than garbage.

Notably, Tuma’s “report” quotes personnel from the pro-abortion ACLU and Center for Reproductive Rights, but has not a word from Texas Right to Life or any of the state’s other pro-life groups (let alone a national one).

Instead, her idea of equal time is to cherry-pick an easily-discredited statement from a random pro-life attendee:

Anti-choice activists, many of whom shared a tenuous grasp of reproductive health, decried the current process as “inhumane” despite having no evidence to show the current protocol is unsafe or ineffective. For example, one proponent of the rule suggested you can contract HIV/STDs through fetal remains in a sewer drain.

That’s one of the handiest things about pro-abortion propaganda: we always learn the most exciting new “pro-life beliefs” that virtually no pro-lifer has ever heard another actual pro-lifer say. The attack on our medical literacy is a lie, but as long as there’s the occasional anecdote to help sell it, that’s all that matters, right? In any event, we live in a strange time when a random private citizen believing something false is of greater concern than the President of the United States, national government and party leaders, and scores of politicians, academics, and activists denying basic biology.

Tuma’s also attempting a rather obvious sleight-of-hand here. The safety and effectiveness of dumping dead babies in landfills is not what makes it inhumane; the disrespectful treatment of dead people is. Considering that there have been a number of scandals over the years considering funeral homes mishandling remains, this should not be difficult to grasp.

Pro-choice activists, on the other hand, took turns slamming the state for adding yet another thinly veiled impediment to women seeking abortion care in Texas. Others shared their personal stories of surviving rape and undergoing abortion or a miscarriage, warning state officials to carefully consider the rule’s impact on women.

Yes, I’m sure that among the 90 attendees, the abortion supporters were the only ones who ever spoke from firsthand experience. I’m sure nobody who agreed with Tuma said anything even a little factually dubious, or coming from a “tenuous grasp of reproductive health.” I’m sure none of the pro-lifers in attendance said anything intelligent that could have possibly been of interest to the Austin Chronicle’s readers.

The rule, advocates stressed, is wholly unnecessary, fails to advance any health or safety benefit, and increases the procedure’s cost, which poses an undue burden on abortion access.

Bull. Even ignoring for the sake of argument the glaring illegitimacy of Roe, the Constitution and even modern judicial precedent give states more than enough discretion to decide to treat the abortion industry’s victims humanely. A regulation that doesn’t actually violate a (real or imagined) provision of the law—in this case, one that doesn’t legally restrict abortion itself—doesn’t need to prove it fits some abortion advocate’s twisted notions of “necessity.”

According to the Funeral Consum­ers Alliance of Texas, burial services can range from a few hundred dollars to $2,000 – a charge that would inevitably pass on to the patient. The rule also singles out fetal tissue by not applying the same regulation to other human remains and creates potentially serious privacy issues, as women may need to contract with a funeral service and possibly file a death certificate for the fetus, which could expose them to the public.

Really? Could Tuma find the language in the rule that requires mothers to arrange for death certificates or funeral services? Because I sure can’t.

And if abortion providers are unable to find a crematorium or cemetery willing to accept embryonic and fetal tissue, they could be forced to close their doors.

A fear that would only come to pass if abortion is so innately repulsive to reputable cemeteries and crematoriums that abortionists can’t find any willing to accommodate them. If Tuma’s side is correct that abortion is perfectly innocuous and that moral disgust at the procedure is strictly in the minds of religious yahoos, they should have nothing to worry about.

Ultimately, pretending this is nothing more than a question of utility and sanitation is just a cheap attempt to play make-believe, for abortion apologists to pretend we’re talking about objects, not children—to bury our natural human intuitions regarding death.