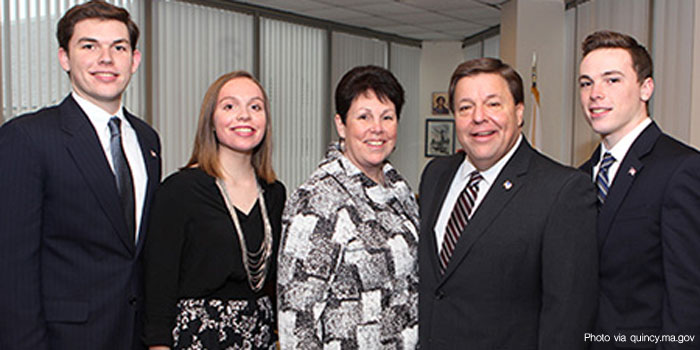 In Quincy, Massachusetts, Democratic Mayor Tom Koch has decided he’s no longer a Democrat — and the reason is because of the Party’s extreme support of abortion.

According to the Patriot-Ledger, Koch, a “Democrat since age 18,” decided it was time to exit after Democratic National Committee Chairman Tom Perez stated that support for abortion was “non-negotiable” among Democratic Party members, and that the Party would only support those Democrats promoting pro-abortion policies. Some pro-life Democrats objected strongly to his remarks, and Perez agreed to meet with pro-life Democrat groups — a decision which angered the pro-abortion lobby, as the industry imparts a great deal of funding to the Party. But the Party’s extreme support of even taxpayer-funded abortion continues.

This, Koch says, is a bridge too far. The Ledger describes him as a “devout Catholic” who believes in governing “from the middle.”

“I’m certainly a believer in life starts at conception,” he says, even though in Massachusetts, abortion up to 24 weeks is legal (and even later in pregnancy in some instances). However, most Americans believe in restricting this so-called “medical procedure” far earlier.

As Live Action News’ Cassy Fiano recently reported that a January 2018 Marist poll recorded Americans’ attitudes toward abortion and found that even a majority of Democrats now support a ban on late-term abortions. The poll states, “The proportion of Americans who favor banning abortions after 20 weeks is up from 59% in January 2017. There has also been an increase in the number of Democrats (56%) that share this view compared to 49% a year ago.” Abortion at this stage is absolutely brutal, and babies at this age can almost certainly feel pain. Former abortionist, Dr. Anthony Levatino, explains what a typical procedure at this stage, a D&E, entails:

These extreme Democrats are just out of touch with the American people. As Fiano notes of the poll:

If Democrats like Koch are any indication, we may see more abdication from the Democratic Party as it becomes more extreme.