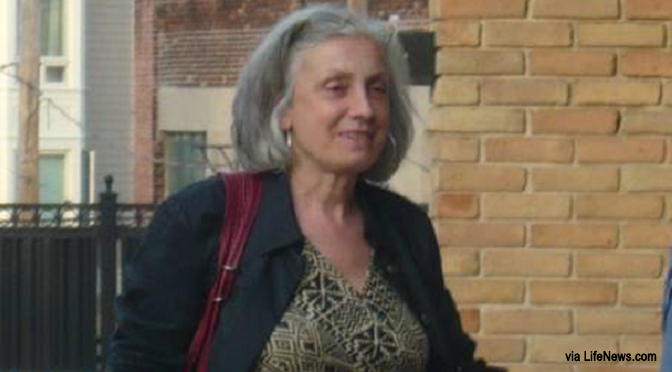 A Massachusetts abortionist has been found to have co-authored a 2011 paper that studied the brains of 22 aborted babies, ages 14-22 weeks gestation, half diagnosed with Down syndrome, reports Operation Rescue.

Because the “tissue” was considered “discarded,” the mothers never consented to the donation of their children’s body parts for research.

According to Operation Rescue, abortionist Laurent C. Delli-Bovi, founder and medical director of Women’s Health Services, obtained taxpayer funding from the National Institutes of Health to study mental retardation and the early onset of Alzheimer’s Disease by researching the brains of aborted children with Down syndrome: While Delli-Bovi’s clinic is not associated with Planned Parenthood, OR’s Troy Newman says it isn’t just PP who needs to be investigated, as the problem of fetal body parts harvesting is pervasive:

We are looking at a much broader problem than just Planned Parenthood. At this juncture, all clinics and programs related to this human aborted fetal tissue experimentation must be investigated for legal and ethical lapses.

Newman also notes the possible conflict of interest that Delli-Bovi’s roles as both an abortionist and a researcher pose in such a situation, as well as the “moral and ethical problem” of using fetal remains without the mother’s consent:

The lack of maternal consent poses real moral and ethical problem. Women who are aborting babies in Massachusetts have no idea that the remains of their babies are being used for experimentation….

We already know that Down syndrome babies are aggressively targeted for abortion. Now it appears their remains are singled out for human experimentation. Delli-Bovi’s position at an abortion clinic would certainly put a free and unlimited supply of baby organs at her fingertips.

Newman adds, “Could it be possible that Delli-Bovi pressures women pregnant with Down syndrome babies to abort so the brains or other body parts can be harvested?”

Operation Rescue notes that “Massachusetts was among the first to launch a state-wide investigation into Planned Parenthood” following the release of investigative videos by The Center for Medical Progress, but “[i]t was also the among the first to ‘clear’ Planned Parenthood because the Massachusetts state affiliate apparently does not participate in the same ‘fetuses for dollars’ scheme discovered in other states.”