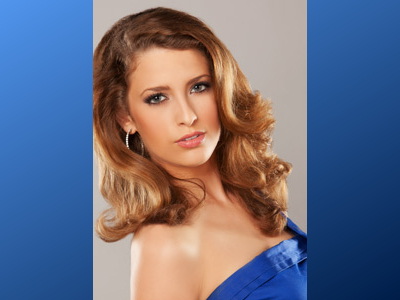 Townhall Magazine will run a story in its May issue on Miss Delaware 2011, Maria Cahill. Maria is a vocal pro-life advocate and doesn’t shy away from speaking about pro-life issues whenever she has the opportunity.

(You can check out a video of Maria sharing about her pro-life convictions before becoming Miss Delaware 2011 here.)

Maria told Mallory Carr of Townhall that as a part of the Miss America Organization, she was told by some not to speak up for life. But Maria has done just the opposite, telling the magazine that “I heard a lot of people say that because I was Miss Delaware and represented the Miss America Organization, for that reason, I had no right to talk about anything political. In my mind, I thought exactly opposite.”

Speaking at an event at the University of Delaware, Maria noted that she comes from a very large and “very pro-life family.” Maria stated, “This topic of abortion and birth control and all these things are so taboo now. And why is that? These young people in high school, its something that we don’t talk about anymore…and I think the reason for this is…is because this is murder we are talking about. You know, people don’t use that word anymore…that’s a bold word…but that’s what it is. It’s murder.”

Unashamed of what she believes, Maria told Townhall that “no one likes to think of themselves as selfish. But whenever those terms get thrown around like ‘My body, my choice,’ you’re just bringing it all back onto yourself, and, to me, that’s selfish, whether people want to believe it or not.”

Maria Cahill also made an appearance at the March for Life in January as Miss Delaware. She has attended the event every year before as well.

You can read the preview for Townhall Magazine’s article on Miss Delaware 2011, Maria Cahill, here.