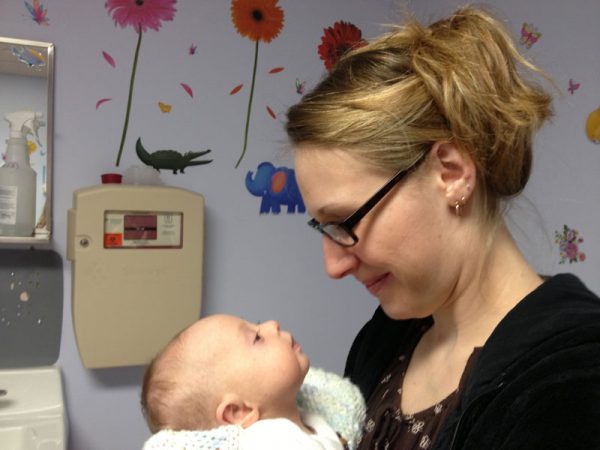 Margaret Black didn’t know her son, Sebastian, had Down syndrome until after he was born. “He had trouble breathing, so the NICU intervened and suggested testing because he had characteristics of Down syndrome,” she told Live Action News. “It was like a slow motion film in my head when they said those words. I was surprised, scared, overwhelmed, and asked God right away to talk to me, to tell me something, because I had nothing else to help me.” A Catholic homeschooling mother, Sebastian was her eighth child, and her first fear was that she wouldn’t be able to homeschool anymore. She also had questions and fears about how to raise a child with Down syndrome.

READ: What it’s like to raise a child with Down syndrome

Ultimately, her faith helped her through it:

I wanted to embrace my baby the right way, just like I had done with my other children, I wanted to be excited for the future. I wanted to be happy. I didn’t want that joy taken away by fear. The Lord answered my question with a profound feeling penetrating my chest. He said, “Look in my Word at the time he was born.” So my sister-in-law quickly searched Scripture and found His answer in 2 Corinthians 4:17. “For this light and momentary affliction is preparing for us an eternal weight of glory beyond all comparison.” I just cried when I heard those words. I knew He was going to use this for His glory. Not exactly how, but I knew. 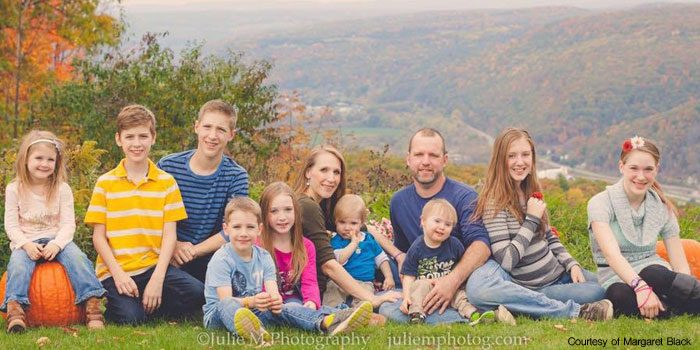 After being in the NICU for 21 days, Sebastian was able to come home, and changed her life forever. “It has been the most wonderful different kind of chapter of life I could’ve never come to appreciate without Sebastian,” she explained to Live Action News. “Sebastian has allowed me the opportunity to learn a kind of patience I never thought possible. A kind of appreciation for life that many are too busy to notice anymore, and a love that is desperately needed within our families, communities, and our world. I would never trade this life for anything. He is an image and character of love everyone in the world is searching for and cannot seem to find, because it is misunderstood and sniffed out by abortion, discrimination, and lack of education. A diamond amidst millions of hills of coal. My love for him and faith in him has not been tainted at all; it’s been beautiful, the way I asked the Lord to make it for me.”

READ: 9 successful people with Down syndrome who prove every life is worth living

And Margaret began to use that love and appreciation for life to help others — particularly those in her same situation. She started attending the March for Life in Washington, D.C., with a specific goal in mind. “I fell in love with Sebastian,” she said. “I was so proud of him for everything I had watched him accomplish. I saw a potential that only needed nurturing to bring to light. I saw his worth and value to be priceless. I want other mothers and families to know and see that a baby with Down syndrome isn’t the death of a happy life, but the fulfillment of one.” 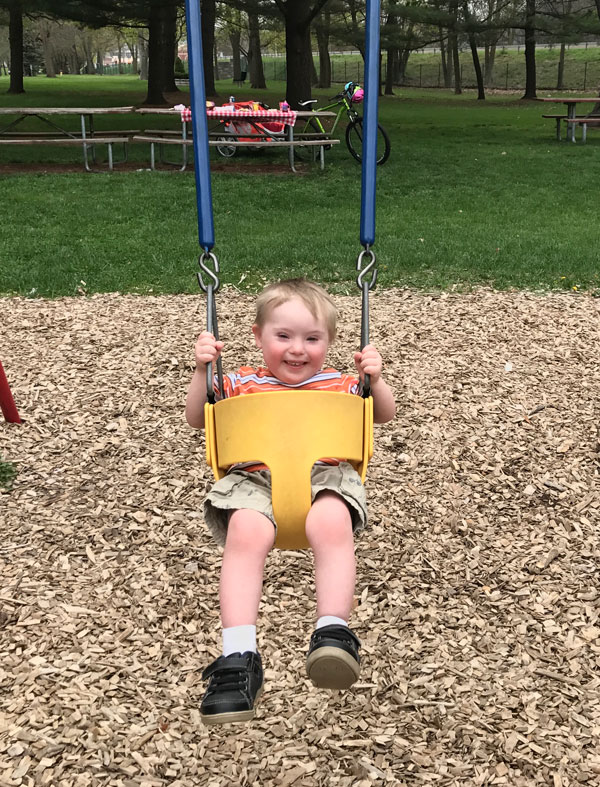 She began selling t-shirts at the march with Sebastian’s face on them, and people not only bought the shirts, but paid extra money for them, on top of her sale price. “What he has brought into our family, I wanted to share with everyone. It was to give a message of joy and hope,” she said. “Watching others fall in love with him, I knew people could be touched by his precious face at the March for Life. His face and precious love and journey we share on Sebastian’s Gift on Facebook would give emotion to the call to save others like him from abortion. We had a few contacts from Canada and Netherlands want to support us! I’m really encouraged for next year!”

Originally, the plan was to give the proceeds to her local Down syndrome group. But instead, Margaret Black found out about the Gregg family. “A member of the group, two-year-old Lilly, was just diagnosed with AML (acute myeloid leukemia),” she explained. “I asked God to help me make the right choice. After the March, I knew we would give it to her. It encompasses the greatest pro-life message. The purchase of the shirts was two-fold. It was an outward sign of supporting babies in the womb with Down syndrome from abortion, and the donations were a sign of support for those who were already born. The myth that pro-lifers are merely ‘pro-birth’ is dispelled.”

READ: Meet Lucas, the first Gerber baby with Down syndrome

Lyssa Gregg and her daughter Lilly are also members of the Down Syndrome Information Network of the Twin Tiers, and though Black had never met either of them, she still wanted to do what she could to support them. “I knew what Lyssa was going through as far as the hospital stay, the agony of the mothers heart for a child she desperately wanted to be home, for her family to be reunited, the hardship financially to afford living in a hospital for lengthy times,” she said. “Each bill was given by the actual marchers to Lyssa and our surrounding community. She needed it. And I wanted people to know just how much children with Down syndrome mean to us: that their lives matter. And that she could be blessed for a time in her hardship.”

“Lyssa was so grateful,” she continued. “She broke down. It touched my heart immensely to do for someone what my home parish did for me when Sebastian was born and in the NICU. That little bit of love can do so much more than help financially. When you know someone truly cares about your child with Down syndrome, you realize how much more blessed you are to be that child’s parent.”

Since then, Black has been following Lilly’s journey on Facebook, and plans to attend a benefit for her next month. And her goal of helping others in the Down syndrome community is only just getting started.

I’d really like to see the doctors offices more supportive of a #chooselife program. I’d like to start something, even in my own community, for now. Doctors need to be better educated in the area of diagnoses with kids with disabilities. The stigma of ‘they’ll only have this percentage chance of living’ needs to stop. The stigma of the quality of life being assumed by a doctor is unfair. Doctors need to start giving the truth that they can’t say what a child’s life will be like. They need to spread hope and encouragement to the families. They need to offer a token of faith in the baby to their parents.

Margaret Black, this incredible mom on a mission, is fighting the social stigma surrounding Down syndrome, and she is breaking barriers. Any parent who listens to Margaret will be encouraged to see their beautiful children through new eyes and will be inspired to say “yes” to life.