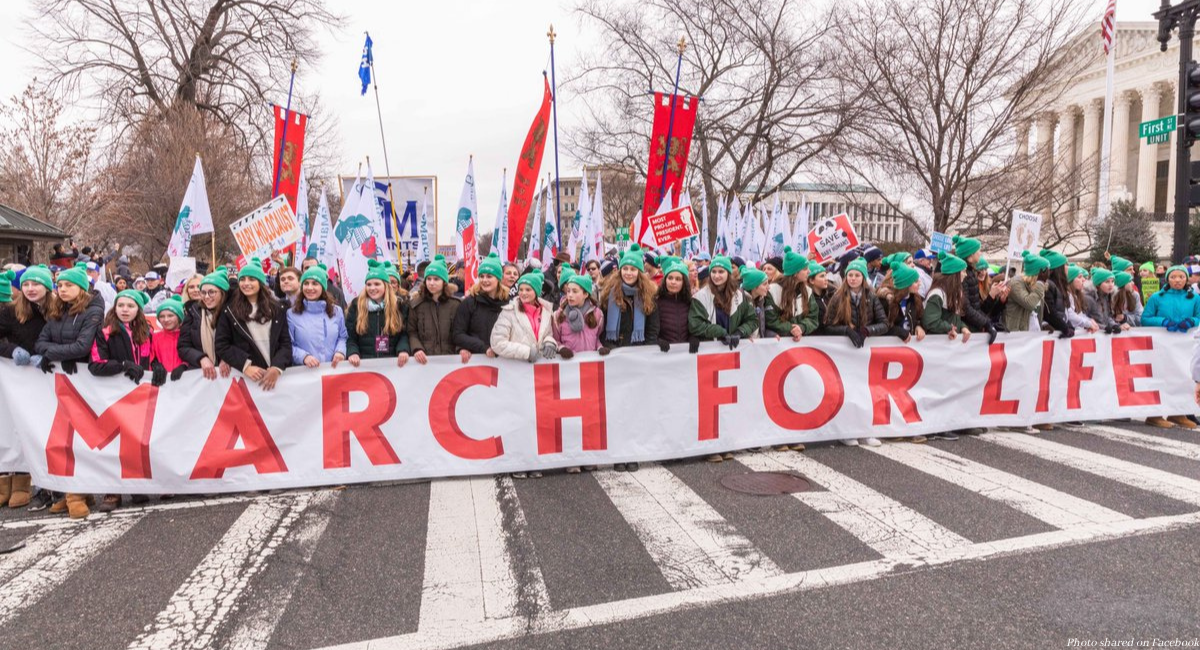 The March for Life has announced that its 2022 theme will be “Equality Begins in the Womb.” On October 27, Jeanne Mancini, President of the March for Life Education and Defense Fund, issued a press release stressing the need to end discrimination against the most vulnerable human beings — those still in the womb.

“From our nation’s birth, our founders recognized the dignity inherent to all people, making each one of us equal in our right to life, liberty, and the pursuit of happiness,” she wrote. “Because of this, Americans have fought for centuries to advance equality for every person, regardless of race, sex, or disability status. It has taken centuries, but discrimination is now acknowledged as unacceptable just about everywhere in America. Everywhere, that is, except in the womb.”

Mancini continued by pointing out that Americans regularly discriminate against preborn children, and the results have been disastrous. From discriminatory abortions against children with Down syndrome and other disabilities, as well as sex-selective abortions around the world, the womb is the one place where it is still acceptable to discriminate based on race, gender, and sex.

In addition to all of this, lawmakers are seeking to expand abortion through radical bills out of touch with the American people.

By promoting abortion for children with disabilities abortion advocates deny the dignity and worth of all people with disabilities. Similarly, when society sanctions a mother’s ‘right’ to abort her child based on the child’s sex, we are sending the message to everyone that one sex is ‘better’ than the other.

She continued, “Discrimination, therefore, begins in the womb. If we discriminate between unborn children, choosing who shall live and who shall die based on immutable characteristics, what is to stop us from doing the same to them throughout their life?”

Last year, the March for Life was a virtual event due to the COVID-19 pandemic. In 2022, however, participants will gather in person again at the National Mall. Matthew West, a contemporary Christian artist, will perform; Father Mike Schmitz will be the keynote speaker at the Rose Dinner Gala, and will also speak at the March itself.