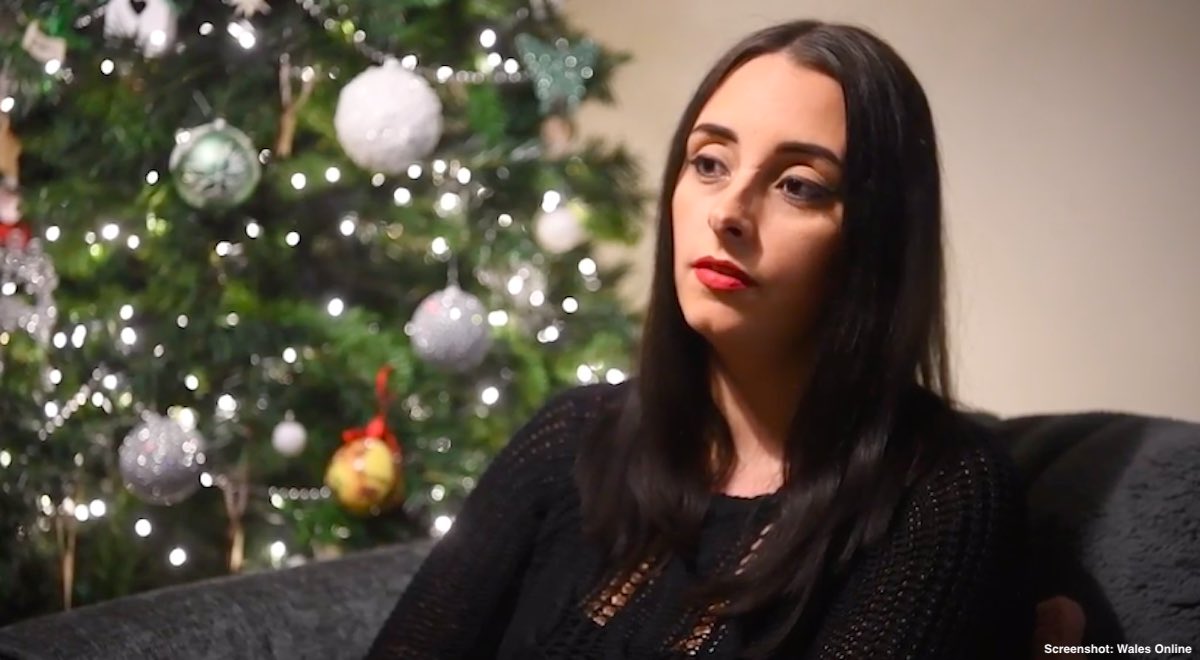 A man who strangled his pregnant girlfriend, threatened her, and told her he didn’t care if she miscarried their baby because of his violence, will not face any jail time, despite a terrifying audio recording exposing his violent, abusive behavior. Leah Collard endured a six-year abusive relationship with David Rhys Williams, who was violent towards her, kept her from seeing her friends, and regularly insulted her. Now, she’s speaking out about what she suffered.

Collard told Wales Online that the two began dating in May 2013, and that he told her to stop being with her friends because they were “trouble.” He also began belittling and demeaning her. “He would call me a fat ugly c*** – that was my name,” she said. “Occasionally he would call me a fat ugly lazy c*** depending on whether I had been cleaning or not.” If she didn’t clean well enough, he would smash the dishes, force her to give him money, and would stalk her at work to make sure she was where she said she was.

The recording of his abuse took place on New Year’s Eve in 2013, and Collard gave her approval for it to be shared so people would know what he did to her.

In the recording, Collard can be heard screaming, “Get off me, get the f*** off me!” while Williams laughs. “Don’t do that to me – I am pregnant!” Collard screamed. “You will make me have a miscarrage with your f***ing child. Oh, you want to kill your child, do you?”

Williams, who confirmed to Wales Online that he is the man in the video, responded, “Who gives a f***? Who would want a baby with you? You are a f***ing slut.” Williams also laughed when she said she was going to call the police. “What is 999 gonna do? Give me 120 community service hours?” he taunted.

When Collard said she was going to get her son away from him, he told her to get an abortion before threatening her. “All you do is push me and push me,” he said. “Do you know what happens to people who laugh at me? End up in hospital with life-changing surgery. I don’t give a f***. That is who I am.” He even admitted that he strangled her in the video, saying, “So what?” He also told her to rip up her ultrasound photos for calling the police, and threatened to harm himself if she left.

Collard said this was part of the reason why she stayed as long as she did. “I hoped that he would change,” she explained. “I was also scared of leaving because of financial problems. I thought I might struggle on my own with the kids. A lot of the time he threatened he would kill himself if I left.”

Eventually, after other assaults took place, officials stepped in and threatened to take her children away because her relationship with Williams was “high risk.” She finally left him. Williams pled guilty to assault by beating, and using threatening, abusive, or insulting words or behaviour with intent to cause harassment, alarm or distress. Yet he faced no jail time, and was merely given a fine and a two-year restraining order.

“I feel like I don’t have to walk on eggshells anymore but my anxiety is through the roof,” she said. “There is a two-year restraining order but what happens after the two years? I am fed up of just being this horrible little victim. I walk around but when I am in Barry visiting my family I get really nervous that I will see people who know him and they might do something. I don’t want this anymore. I want people to understand how he treated me. I want people to understand what I went through.”

Sadly, Collard is not alone. Homicide is one of the leading causes of death for pregnant women, so violence against pregnant women is all too common.