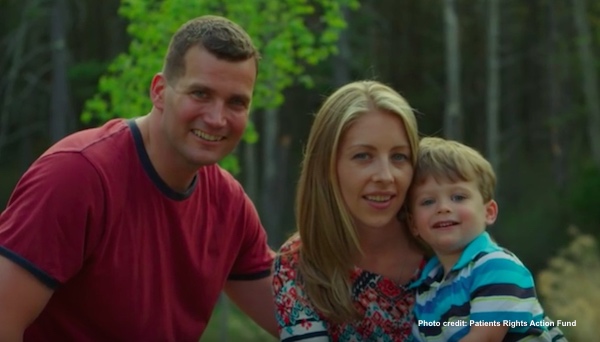 J.J. Hanson, a former Marine and aide to two New York governors, has died at the age of 36. The New York State Catholic Conference, who Hanson worked with for three years, announced his passing in a statement. Hanson reached national fame when he rejected assisted suicide and chose life after he was diagnosed with glioblastoma multiforme, the same aggressive brain cancer that Brittany Maynard had.

Hanson wanted to fight his cancer, and so he searched until he found a doctor willing to give him the best possible treatment. He was originally given just four months to live, but managed to survive and spread his work across the nation for over three years.

In addition to rejecting assisted suicide for himself, Hanson became an outspoken opponent of the suicide movement. He talked openly about the pressure sick people face to kill themselves because of the growing acceptance of so-called “death with dignity.”

“I was told you don’t have an option,” he said in an interview. “You can die dignified if you commit suicide. Whoa, wait a second. The whole terminology is flipping on its head. If you give up and you don’t fight, somehow you’re compassionate and dignified. But if you want to fight and you want to live, you lack compassion and dignity. To me it just doesn’t make sense. It’s kind of a reflection of where our society is.”

Called “a man of steel,” many wrote about Hanson’s message and example that showed every life is worth living — for every moment that it lasts. Mary Rose Somarriba wrote: “J.J. Hanson’s legacy is a witness of courage and strength in the face of terminal illness and the false compassion of assisted suicide.” In a must-read account of Hanson’s life and work, Somarriba shares how his fight enabled his son to remember his father and his wife to spend years with the man she loved.

READ: A ‘man of steel’ looks to his last Christmas 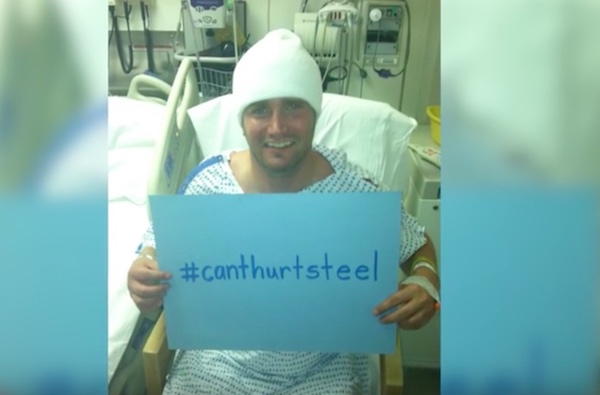 Hanson criticized Brittany Maynard, who not only chose assisted suicide, but also spent her last months in what Hanson believed was an exploitation of their shared illness to campaign for suicide’s legalization. He believed that others diagnosed with brain cancer, now and in the future, deserved something better. “I saw it as a bad example for others who had this form of brain cancer,” Hanson said of Maynard. “When you see people choosing not to fight and choosing to go toward the alternative, it removes a large part of the ability to fight against disease because there are fewer people going into clinical trials.”

Hanson leaves behind a wife and two young children. Maynard’s life and decision to kill herself is currently being made into a movie, but it is Hanson whose life was filled with bravery and strength. It is J.J. Hanson who Americans deserve to know. Through his tireless advocacy work and fundraising for cancer research, he touched thousands of people’s lives and likely saved countless others.

Kathleen M. Gallagher, director of pro-life activities for the New York State Catholic Conference, spoke highly of Hanson and his fight for his own life and the lives of others:

Initially, JJ’s doctors offered him no hope, but he and Kristen had hope in abundance. He outlived that death sentence by more than three years, giving hope and inspiration to thousands of people during that time.

He reached out to doctors, veterans groups and other organizations, persuaded lawmakers and journalists, raised funds for cancer research, traveled to Albany, Washington, D.C., and states all across the country, and took every opportunity to promote compassionate life-affirming care for persons facing disease and disability. And he did that while facing tremendous health hurdles, undergoing surgeries and treatments, and caring for his family.

JJ lived his motto: “Every day is a gift, and you can’t ever let that go.” He and Kristen are a true testament to living their faith through adversity, and JJ’s death is a loving example of an authentic “death with dignity.” We are so grateful to Kristen and the boys for sharing JJ with us these last three years and enabling him to touch so many lives. We pray for their comfort and solace in this very difficult time.