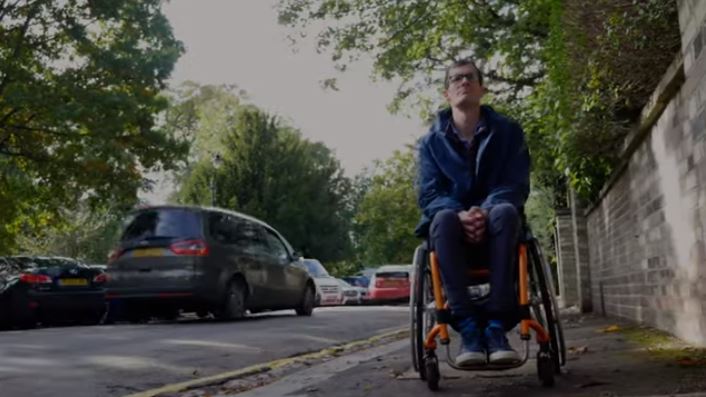 A 29-year-old man in a wheelchair was arrested in the United Kingdom while praying outside of an abortion facility. Christian Hacking was accused of violating a Public Spaces Protection Order (PSPO) outside a Marie Stopes facility in London, the first buffer zone in the United Kingdom. However, their case quickly dissolved as, according to the Crown Prosecution Services, there was not “enough evidence to provide a realistic prospect of conviction.”

They then ordered Hacking to stand up so they could arrest him, a shockingly ableist demand. “I can’t stand up, I’m in a wheelchair,” Hacking answered. “I’m not moving, I’m praying. I’m not going to capitulate to your demands. I am allowed to pray here. This earth was the Lord’s before it was Ealing Council’s.” Police then lifted him and carried him into the police van, without telling him what he was being charged with.

“It is astonishing that vital police resources have been used to arrest and detain a man in a wheelchair for peacefully praying outside an abortion clinic,” the Christian Legal Council’s Chief Executive, Andrea Williams, said in a press release. “The alleged purpose of the PSPO legislation was to prevent harassment despite there never having been evidence to show that women have been harassed. The authorities now seem to think that even prayer is harassment. Christian did not harass anybody, and his arrest was just plain wrong.”

Marie Stopes, however, criticized officials for not going forward with the prosecution, in a statement given to The Telegraph.

“It is disappointing to see wilful non-compliance with the PSPO fail to result in prosecution, however, the Ealing Safe Zone remains a vital measure to ensure anyone accessing abortion services has consistent and necessary protection from intimidation and harassment, and we continue to call for similar protections to be introduced across the UK.”

READ: UK man screams at girl in wheelchair: ‘You should have been aborted!’

For his part, Hacking vowed to continue praying, despite his arrest. “I do not regret what I did, and urge the Church to pray more, not less outside of clinics until the killing stops,” he said, according to the Catholic Universe. “Surely we, as a nation, can give women in a crisis something better than abortion. I care deeply about all the families who attend abortion clinics and will continue to do what it takes, no matter what, until this silent genocide of innocent children ends.”

Editor’s Note, 11/25: This article has been changed to reflect the fact that Mr. Hacking was not arrested specifically for praying, but for praying in a restricted buffer zone area.