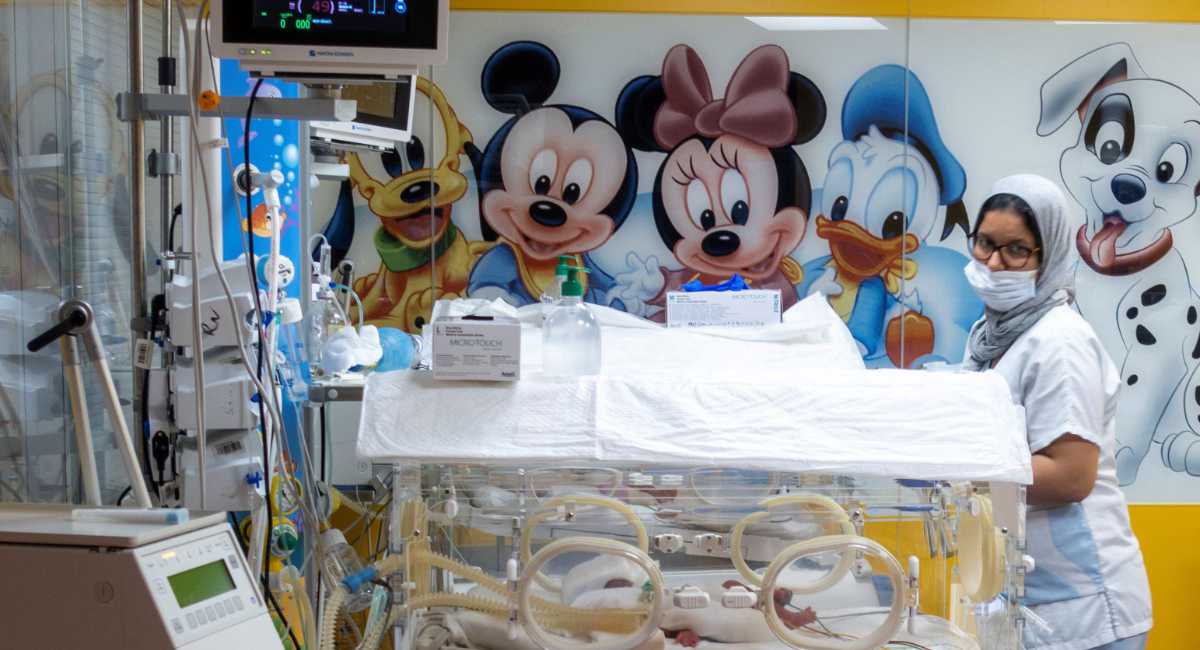 A Malian woman with one previous child gave birth on Tuesday to a stunning nine children, nonuplets, in a Moroccan birth clinic, according to the BBC. Even more surprisingly, 25-year-old Halima Cisse was “only” anticipating seven babies, as ultrasound scans failed to detect the eighth and ninth babies.

Cisse’s delivery via Cesarean section at 30 weeks gestation followed a five-week stay in the private Moroccan clinic Ain Borja. Health officials in her home country had transferred her there for a higher level of care due to her high-risk pregnancy with multiples. The nine children, five girls and four boys, were all born weighing between 1.1 and 2.2 pounds and were listed in stable condition, according to the medical director of the clinic. Some 30 medical staff are caring for the nine newborns.

NPR reported that Cisse was in stable condition in an intensive care unit after a severe hemorrhage requiring blood transfusion. The hemorrhage resulted from extreme stretching of her uterus because of the high multiples pregnancy.

The woman’s husband, Adjudant Kader Arby, and daughter remained in Mali during the birth, and Arby reported having received congratulatory phone calls from top Malian officials. “Everybody called me! Everybody called!” he said. “The Malian authorities called expressing their joy. I thank them… Even the president called me.”

Cisse’s delivery of nine living children is expected to set a Guinness World Record, though a rep for GWR commented to NPR, “we are yet to verify this as a record as the wellbeing of both the mother and babies are of top priority.” The current record holder, Nadya Suleman of California, notoriously dubbed “Octomom,” delivered eight children in 2009 and sparked controversy due to her use of in vitro fertilization (IVF). The BBC noted that two other women, one in 1971 in Australia and another in Malaysia in 1999, were known to have delivered nine living children at a time, but all of those children died after just a few days.

According to the Associated Press, Cisse was not known to have undergone fertility treatments.

An NBC News report noted that Yacoub Khalaf, a reproductive medicine professor from Kings College London, considered the possibility of conceiving such a high number of children without the use of assisted reproductive technology (ART) such as IVF ‘extraordinarily unlikely.’ Khalaf warned of significant physical risks to mothers of high multiples,  stating that Cisse “was at severe risk of losing her uterus or losing her life,” as well as risks for the babies, who “could suffer physical and mental handicaps. The risk of cerebral palsy is astronomically higher.”

Live Action News has previously reported on the many risks for multiple babies born at one time, which include preterm birth, birth defects, miscarriage, twin-to-twin transfusion syndrome, and amniotic fluid issues. Sadly, the medical intervention routinely offered to women who successfully conceive multiple children through a form of ART is “selective reduction,” or abortion of one or more of the babies.