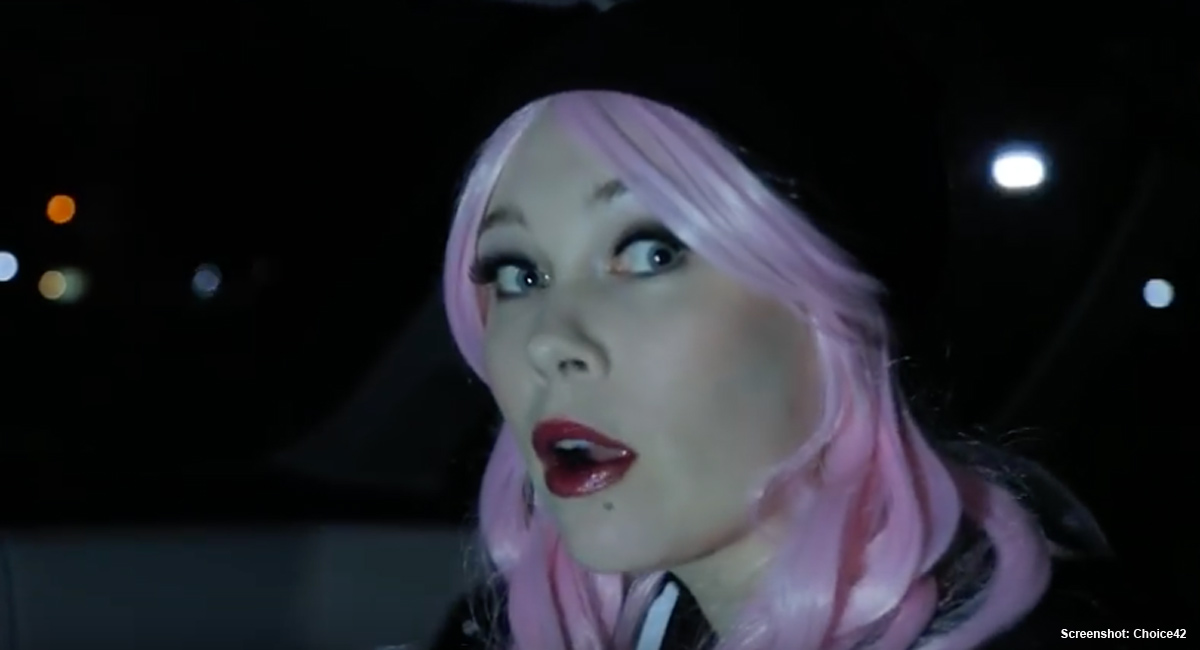 If you’ve been publicly pro-life in any capacity, you’ve probably heard some version of the myth that pro-lifers only care about babies before they are born and do nothing to help moms and babies after birth. Yet an extensive network of volunteer-operated pregnancy resource centers offering counseling, classes, material assistance and communities for mothers in crisis pregnancy would say otherwise.

The video opens with Klassen’s pink-wigged character telling the camera, “Hey guys, we’re about to break into a pregnancy resource center, AKA fake clinic, because we are anti-choice.”

“I actually like to refer to myself as a pro-birther, because I literally stop caring once the baby’s born,” she adds, in tongue-in-cheek humor.

As the video continues, the nefarious plan of Klassen and her masked driver becomes more and more bizarre. They are seen picking the lock of the pregnancy center and unloading boxes upon boxes of diapers into the center’s waiting room. Their plot, Klassen’s character explains, is to fill the pregnancy resource center with so many diapers that clients won’t be able to fit through the door.

With a look of smug satisfaction, she says, “So tomorrow, when the doors open, and women show up to take stuff for free, no one’s even gonna be able to get in because this fake clinic is so full of free stuff.” Giving her accomplice a triumphant high-five, she proclaims, “Anti-choice win!”

READ: In one brief moment, these pro-lifers were transformed into pro-life activists