“What does ‘human’ even mean?”

Live Action has unveiled the fifth video in its new investigative series, Inhuman: Undercover in America’s Abortion Industry. The video, found at www.liveaction.org/inhuman, exposes a host of abortion doctors nationwide equivocating on the humanity of the child in the womb, and then describing in graphic detail the late-term abortion procedure that would end these children’s lives.

The video features newly released recordings from Dr. Carmen Landau, of Southwest Women’s Options in Albuquerque, New Mexico, and a counselor employed at the same facility.

Over the past two months, Live Action has held rallies in several of the cities in which the Inhuman footage was captured. The most recent rally, in Phoenix, Arizona, brought forth upwards of 400 people, not counting over a dozen legislators and over a score of media outlets, in one-hundred-plus-degree weather. 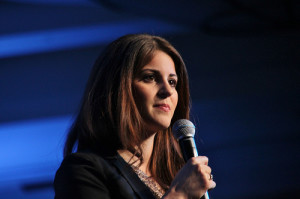 Every human being is unique and precious from the moment of conception. But abortionists will not give even these babies – 24 weeks, 27 weeks, viable, capable of surviving outside the womb – the dignity of humanity. So we want to put the question in every American’s head: if not even these babies are worthy of humanity in the abortionist’s eyes, then what is human? What does “human” even mean?