And the pro-abortion outlet tries to downplay her influence.

Live Action founder and president Lila Rose was recently interviewed by Jezebel, an ardently pro-choice site. Most pro-life advocates would read author Katie Baker’s article to portray Rose in a generally positive light, but there is one aspect of the article that is false: the implication that Live Action is nothing more than an annoyance to Planned Parenthood. 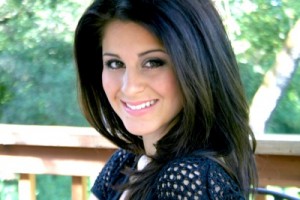 Baker writes that anonymous critics claim that Live Action isn’t really “as much of a threat to Planned Parenthood as an annoying thorn.” That must be an enormous thorn, since the author also noted that Live Action has shown that it has the ability to “inflict real damage on the pro-choice movement,” linking video footage of the undercover investigation of Planned Parenthood’s willingness to abet pimps in selling underage girls for sex.

Citing Live Action’s latest project on sex-selection abortion, Baker believes that Live Action “has lost mainstream momentum” and explains the Prenatal Nondiscrimination Act’s failure in the House, stating that “statistics don’t actually indicate that the country has a problem with sex selective abortions.” I’m not sure how many sex-selective abortions have to be documented and take place in order for it to be considered a “problem,” but I’d say that even one sex-selective abortion in America indicates a problem. Furthermore, a national poll last May shows that 77% of Americans support a ban on the practice.

Although the Jezebel article overall is well-written, the biggest blunder made is the underestimation of Live Action’s influence over Planned Parenthood’s ominous future. The author remarked that Lila “has an enormous influence on young conservatives, particularly young girls, many of whom regularly email Rose to ask how they can get involved in the movement before they even have their driver’s license.” You do not see that kind of fire from pro-choice youth. (I also don’t think Jezebel readers would have reacted to this article in the heinous way they did if they weren’t truly concerned about Lila and Live Action’s work.)

“I realize that [Lila] actually might not be afraid of anything. No martyr, chosen by God and worth her stake, feels trepidation,” Baker concludes.