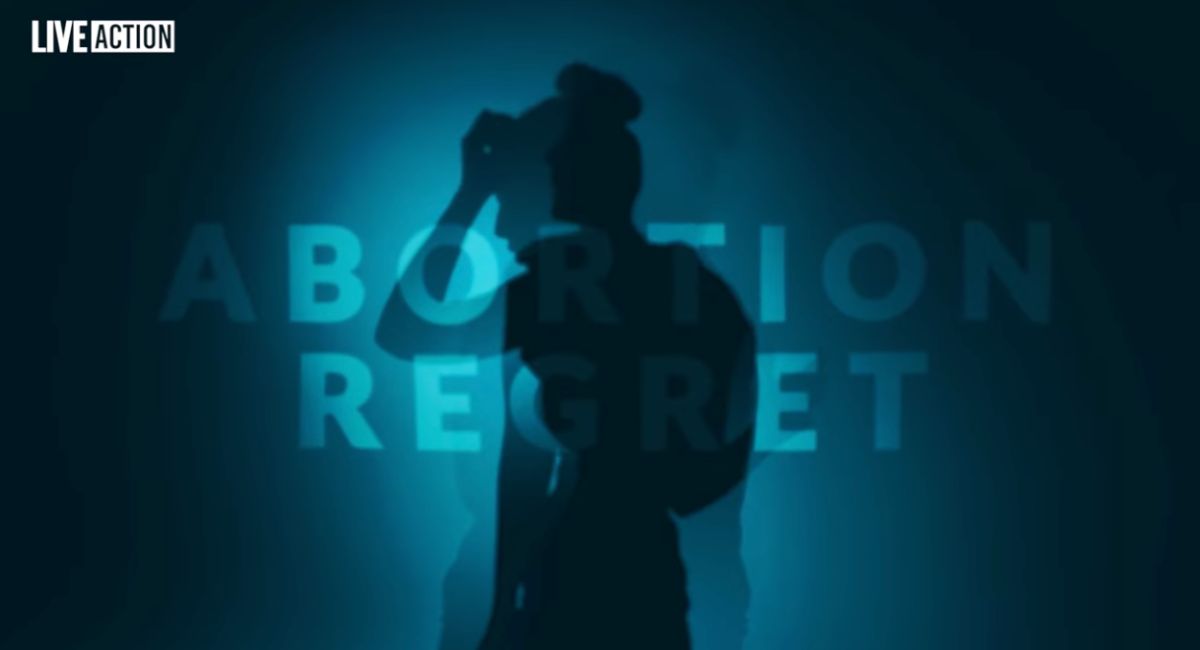 While the primary tenet of the pro-life position is the fact that abortion is wrong because it takes the lives of innocent human beings, Live Action’s new “Can’t Stay Silent” campaign turns a spotlight on the trauma experienced by many women and men as a result of abortion. Combining the personal testimonies of post-abortive individuals with research from around the world, “Can’t Stay Silent” paints a comprehensive portrait of the ways in which abortion can harm mothers and fathers.

The report begins by describing the ways in which abortion can cause physical trauma which can lead to various negative outcomes, especially in future pregnancies. Pre-term birth and low birth weight of subsequent children, placenta previa and retained placenta in subsequent pregnancies, as well as future postpartum hemorrhage and cervical insufficiency are all correlated with previous abortion(s). Cervical insufficiency can be a factor in future miscarriage, which, along with stillbirth, is also linked to previous abortion. Furthermore, even Planned Parenthood notes on its abortion consent forms that abortion can impact future fertility.

“Can’t Stay Silent” goes on to detail the psychological and emotional trauma that can be associated with abortion. Research on long-term anxiety, for example, indicates that post-abortive women fare worse in this regard than their peers who either carry to term or experience a natural pregnancy loss. This distress can be expressed in a generalized way, or can manifest as anxiety related to pregnancy and/or child-rearing.

Depression can also be expressed during or after future pregnancies – both antenatal and postpartum depression have been shown to be correlated with previous abortion. Rates of suicidal ideation and behavior are significantly higher within the post-abortive population compared to the general population, as well, and are significantly more common among post-abortive women compared to those who give birth.

Substance abuse is another potential negative consequence of abortion which has been frequently observed in published research. One cross-sectional study reported that post-abortive women saw triple-digit increases in the risk for alcohol abuse (261%), alcohol dependence (142%), drug abuse (313%), drug dependence (287%), and any substance use disorder (280%). The wantedness of the child does not seem to matter in this case – an American longitudinal cohort study found that both wanted and unwanted pregnancies ending in abortion led to a doubling in the risk of future substance abuse.

Avoidance, guilt, and shame are also common among post-abortive women. A two-year follow-up study comparing women who underwent abortion and women who experienced miscarriage, for example, found that post-abortive women were more likely to express avoidance. The same study also showed that women who experience abortion are more likely to feel guilt and shame than their peers who miscarry.

All of the factors thus far discussed can impact a woman’s ability to form and maintain healthy and meaningful relationships with others. Relationships between romantic partners, friends, and family members may all be negatively affected. This is true for post-abortive fathers, as well, who may be impacted by feelings of regret and shame.

Abortion advocates often try to dismiss the evidence for post-abortive trauma by pointing to The Turnaway Study, in which a team of pro-abortion activist researchers spent five years following 877 women who either obtained abortions or were “turned away” for being beyond the gestational limit.

This study’s main finding, which has been endlessly parroted by the pro-abortion media, is that 95% of women who obtain abortions do not regret the decision. However, “Can’t Stay Silent” demonstrates that because of its small, skewed sample, the use of a flawed study design, researcher bias, and the dishonest manner in which the study’s findings have been reported, The Turnaway Study is unreliable.

“Can’t Stay Silent” concludes by discussing the benefits of post-abortion healing programs, and includes a brief guide outlining existing resources, such as books and websites, that assist post-abortive individuals.