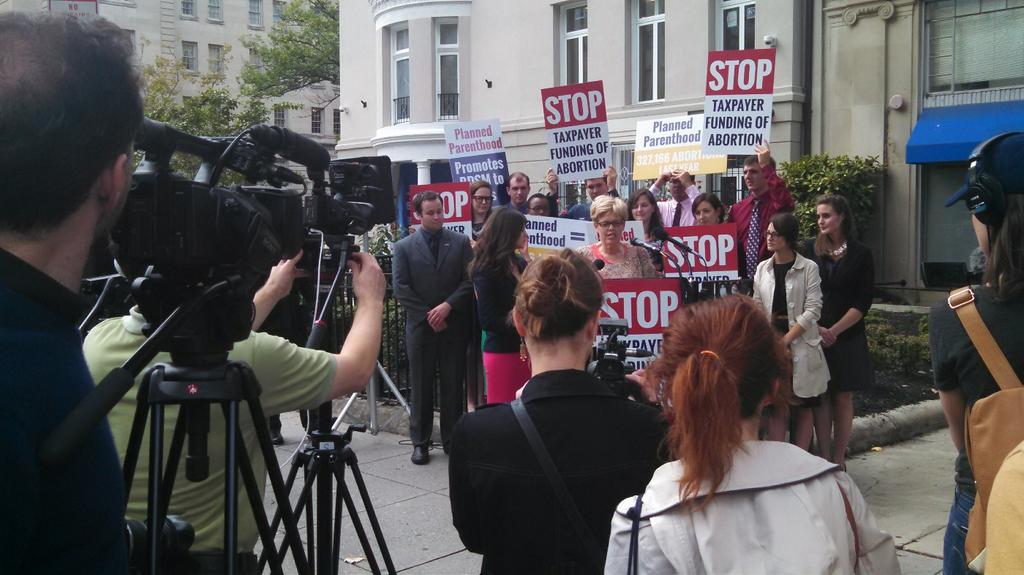 This morning, pro-life advocates led by Live Action held a press event raising awareness of Planned Parenthood’s dangerous influence in American culture. Live Action was joined by leaders from major pro-life organizations, who noted that the abortion giant’s power in the US is made possible by tax funding opposed by many Americans.

Missy Martinez of Students for Life of America was clear about the goal: “Defund Planned Parenthood, and stop this corrupt organization from preying on our women.”

As Americans lean more pro-life than ever, presidential leadership is increasingly distanced from public opinion, taking every opportunity to pad Planned Parenthood’s coffers.

Mary Drury of Americans United for Life pointed to a recent report from the Government Accountability Office (GAO) exposing previously hidden tax funding of the abortion giant through insurance exchanges of the Affordable Care Act — including those exchanges in states where such funding was explicitly prohibited. She noted that the, “GAO report proves that insurance companies are skirting the promises Democrats made on abortion.”

Live Action President Lila Rose noted that “abortion sows violence in the most intimate relationship,” and that “Planned Parenthood receives over $500,000,000 in taxpayer money annually.” 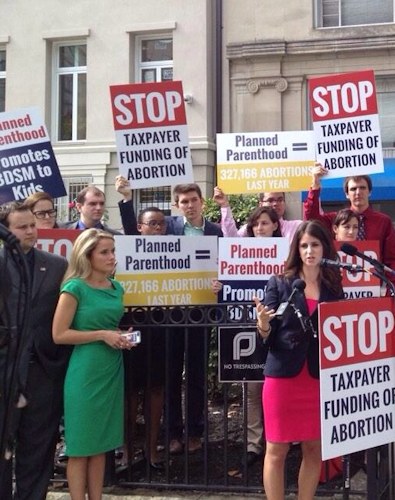 Others speaking at the event were Ryan Bomberger of The Radiance Foundation, Joshua Duggar of the Family Research Council,  Jill Stanek, and Alison Howard of Concerned Women of America.

Planned Parenthood also played a role in having the longstanding career of a respected public school teacher terminated after he demonstrated opposition to Planned Parenthood’s blatant invasion of his high school math classroom.