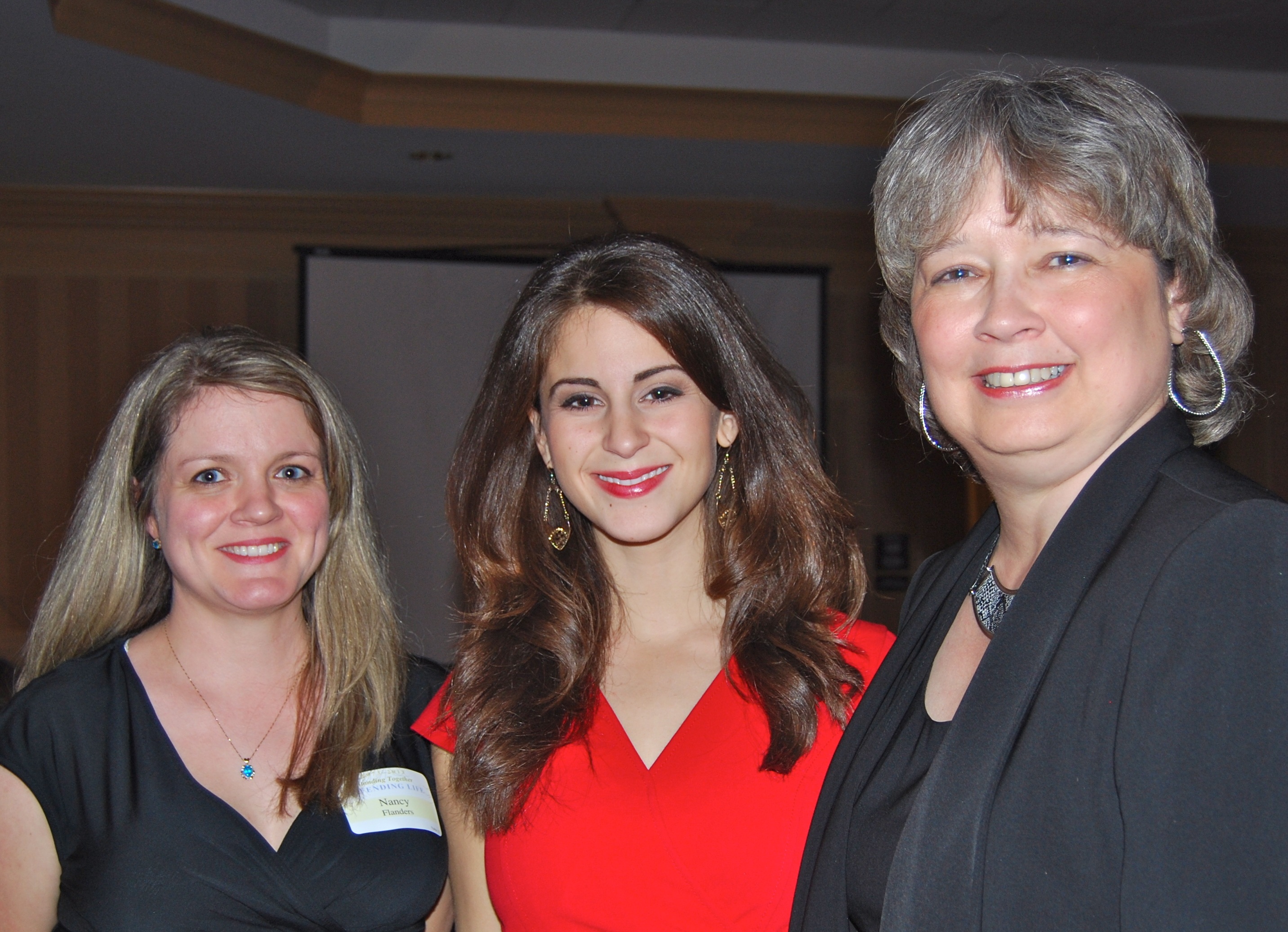 Words of wisdom from pro-life warriors.

On Saturday, October 20, the Vermont Right to Life Committee reflected on 40 years of fighting to abolish abortion, and they had reason to celebrate. Thanks to Mary Hahn Beerworth, VRLC president, and her team, the number of abortions in Vermont has dropped 62% since 1985. So celebrate they did with music, dinner, and inspirational, thought-provoking speakers, including Carol Tobias, president of the National Right to Life Committee, and Lila Rose, president of Live Action.

Tobias reminded the group of nearly 400 that although abortion has remained a completely legal and highly profitable business for 40 years in the United States, the fact that it is still a taboo topic is a good sign. Referencing a quote by the late Bob Casey, former governor of PA, she told the group:

You are the reason that there is still a cultural unease in this country. Abortion is still not talked about freely at the family dinner table or in the workplace. You, working with pro-lifers all over the country, have kept this an issue for forty years.  And you are to be commended for that. You should be proud of that.

The Real “War on Women”

Tobias went on to remind the crowd that there is a war being waged against women in this country; however, she was quick to clarify that the pro-life movement isn’t the one waging it. She says that according to President Obama and his campaign, if you think unborn children should be protected by law, or that abortionists must give basic information to women regarding the complications and side-effects of abortion, or that a doctor in one city should not be able to prescribe the abortion pill to a woman in another city, than you are somehow waging a war on women. This is, however, only what abortion proponents would like Americans to believe. In truth, Tobias says, the war is coming from the abortion industry, which loses money each time a mother chooses life for her child.  She says:

We know that abortion proponents do not care about the unborn child, but quite frankly, I don’t believe they care about the woman either. Making sure that abortion remains legal is more important to them than how abortion affects the woman and how it can change her and how it can hurt her. Refusing to give pregnant women basic information about pregnancy and abortion before she makes that life or death decision is not pro-woman. (…) Opposing common sense legislation that requires abortion facilities to keep the most basic health and safety standards at medical clinics is not pro-woman.

“God Wants to Use the Weak”

As for Rose, she may be just 24 years old, but she’s an experienced veteran in the war against abortion. She formed Live Action when she was 15, and today, it’s become a powerhouse of an organization, infiltrating Planned Parenthood and exposing the truth about that business’s practices. As a teen, Rose asked God to use her, a prayer that she jokingly admits to be a dangerous one, because use her He does. Despite being brave enough to go undercover into Planned Parenthoods and other abortion clinics, Rose still considers herself weak, but weakness, to her, has its advantages. As she told Vermont pro-lifers:

God wants to use us. It brings Him such joy. It brings Him glory to use weak people like myself.  Normal people, everyday people … for beautiful works of love.

She went on to quote Blessed Mother Teresa, who said that God “will use you to accomplish great things on the condition that you believe much more in his love than in your weakness.”

“The Truth Always Wins in the End”

Rose encouraged the group and their efforts to end abortion with her belief that the truth always wins. She knows this because she has experienced it time and time again. As a student at UCLA, Rose began to go undercover into Planned Parenthood clinics posing as a 15-year-old girl pregnant by her 23-year-old boyfriend – a clear case of statutory rape in the state of California. When Planned Parenthood advised her to lie about her age and then promised to cover up the crime, therefore helping the abuser rather than the victim, Rose posted one of the tapes on YouTube. In a few days, the video had 25,000 views, and Planned Parenthood was threatening Rose with a lawsuit. She was shaken by this, but after reflective prayer, Rose realized that it was Planned Parenthood that was afraid. Rose refused to take the videos down or destroy them, and as a result, the truth began to spread. She explained this realization to Saturday evening’s crowd:

I realized that they were afraid. That this was an act of fear on Planned Parenthood’s part and it was because of the truth being  told on those tapes. And within a week I got legal representation pro bono from the Alliance Defense Fund and I had my first national TV interview on The O’Reilly Factor. And those tapes were played for millions of people.

The threat of that lawsuit not only inspired Rose and her team, but raised the level of awareness about PP’s practices more than Rose could have ever imagined. The truth was beginning to come to light.

“All of the rhetoric,” she says, “about pro-choice and reproductive freedom, and empowerment, and all of this rhetoric of rights. And as we cut through it and tear through it with the truth, we are seeing more and more conversions across our country.”

And Rose continues to bring that truth to the United States, by exposing Planned Parenthood’s consistent lie regarding their nonexistent mammograms and forcing them to finally admit just last week that they don’t provide this screening for women whatsoever.

“Over and over and over again what we are seeing is the power of the truth and the willingness of particularly young people to embrace it. And to run with it,” says Rose. “Live Action’s Facebook page for example is bigger than Planned Parenthood’s.  We’re at over 400,000 people … and almost half of them are young girls between the ages of 13 and 17. The backbone and the heart of so much of our movement is young people. … When young people are geared with the truth, it’s amazing what they can accomplish and what they want to accomplish for God and for others. And that’s what the hope in all of this is.”

“We’re facing a tough election,” says Rose.  “… If he [Mitt Romney] is elected, the battle is then on to push Congress, to fight in our states to make sure that we can turn the tide politically and socially.” This election is key in moving forward with restricting, limiting, and outlawing abortion. Pro-lifers cannot ignore Obama’s record or turn their backs on the unborn, because none of us is as distant from abortion as we believe. Still, Rose reminds pro-life advocates that the war against abortion isn’t all about politics. Abortion must be defeated, because at its core, it is an unacceptable human rights crisis that affects each and every one of us, no matter our age, race, sex, or religion. Rose says:

This is not an impersonal, outside, political battle or even a cultural battle. But this is an intimate battle that effects each one of us personally whether we like it or not because of children that are missing sometimes in our own families (…) or people missing close to us, sitting in the pew next to us in church, or sitting in school next to us, or the coworker down the hall, or the extended family member. This is not a battle we can distance ourselves from even if we wanted to.