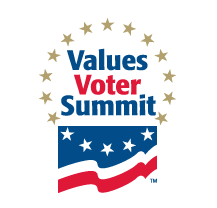 The pro-life movement can look forward to a morale-booster this weekend: the 2013 Values Voters Summit. Hosted by the Family Research Council, the VVS invites Americans of conscience from across the country to gather in the nation’s capital and discuss America’s direction.

Live Action President Lila Rose will be speaking at the summit on Saturday, October 12, at 10:00am ET. She’ll be joining other dynamic and powerful speakers, including former governor Mike Huckabee, Sen. Rand Paul, and Sen. Ted Cruz.

As a pro-life speaker, Rose has plenty of material to cover this year, especially in light of recent events: the partial shutdown of the federal government, now in its second week, is putting unprecedented scrutiny on ObamaCare. Today, for example, the Washington Examiner detailed how the ObamaCare health exchanges refuse to divulge to prospective customers exactly which health insurance plans fund abortion.

“Those who don’t follow politics could be forgiven for thinking that ObamaCare will use their tax money to fund crucial medicine or life-saving treatment,” Rose said in a statement released earlier today. “But it’s time to face facts: this law lets fiercely ideology-driven bureaucrats – not doctors! – plunder American paychecks so that abortionists across the country can dismember babies in the womb.”

FRC will be streaming the Values Voters Summit, so those who cannot attend will be able to watch Rose’s speech live online. Live Action will also have a booth available through the duration of the VVS.

More information on the VVS can be found here. Lila’s previous VVS speeches are available on YouTube, with last year’s speech embedded below.