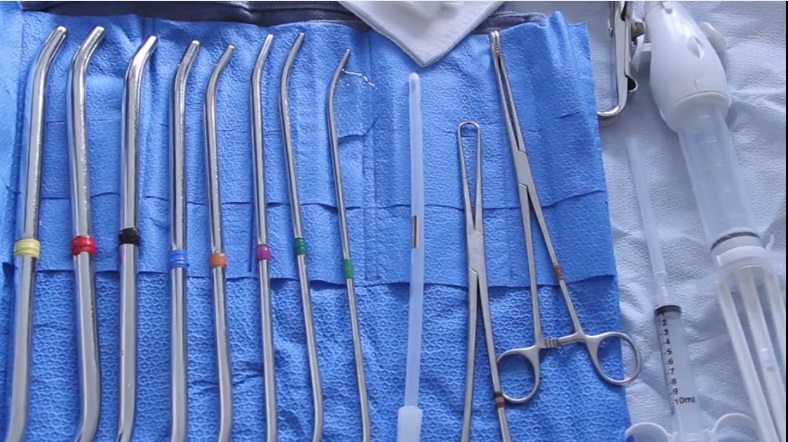 Abortion advocates have long since abandoned the rallying cry of “safe, legal, and rare,” but they still fight against the claim that there are people who use abortion as birth control, or that any woman would want — or worse, enjoy — an abortion. But every now and then, someone breaks the myth that “no one likes abortion.” In a recent edition of New York Magazine’s “The Cut,” a woman told the story of her fourth abortion, which she termed as the “best abortion ever.”

Sarah Miller wrote about her experience with a recent aspiration abortion. She had two abortions previously, and then, the year she turned 41, she had two more. “The year I was 41, I needed two of them,” she explained, adding, “So there I was in November, having already aborted 50 percent of that year’s pregnancies, hoping to make it a nice round 100 percent. I just had to decide how.” Earlier that year, she had used abortion pills, but the experience was not as seamless as she had hoped it would be. “The night I took them, I covered all the bases of physical misery: I bled. I was nauseous. I had cramps,” she said. “I could not get comfortable. I couldn’t read. I couldn’t watch TV. I could only thrash around and fail to imagine ever feeling better.” Interestingly, Planned Parenthood and friends seem to always gloss over the potentially traumatic experience of a medication abortion.

When she got pregnant again, and decided to have another abortion, she wasn’t willing to go through another medication abortion, explaining blithely, “For my fourth abortion of my adult life, I knew I was going to have to go with the old classic.” The “old classic” is an aspiration abortion, during which the abortionist manually dilates the woman’s cervix, and then uses a powerful suction catheter to remove the preborn child from the womb.

Miller said she had already gone through two aspiration abortions before, and both were unpleasant experiences for her. Nevertheless, she geared herself up to go through it again, only to begin to have doubts as she sat in the waiting room. “While I was filling out an intake form, I started to cry. I was over 40. I was underemployed,” she said, and then continued, “I put down my pen and thought about what it would be like to just have a baby instead of getting an abortion.” She said the receptionist called her name then, and talked her into the procedure in possibly the most shocking way one could imagine (emphasis added).

“I see you’ve opted for a twilight today,” she said, referring to my chart. “And it’s totally fine if you want to be put under, we support that.”

I told her the last surgical abortions I’d had, granted a long time ago, had really sucked, and I would just as soon not be awake. “And being awake for RU-486 sucked, too,” I said, hurriedly adding that this wasn’t her fault and I was fully in support of the drug, etc.

She nodded. She said RU-486 could be “intense.” Then she explained that for early terminations, they now used handheld manual aspirators, rather than vacuum aspirators, that made the process faster and less invasive. “We’ve gotten wayyyyyy better at abortions,” she said. “And if you don’t go under, the recovery time is a lot less. And what I really wanted to let you know is this …” She lowered her voice to a conspiratorial whisper. “The woman who works on Tuesdays is amazing.”

“It hurts for like a second,” she said. I liked her manner. I pictured her in class, raising her hand when she knew the answer. “It hurts for a few seconds, but then, I swear to God, it’s over. And then it’s just fine.”

She looked so happy. She actually said yay, as she tapped my file on the counter. “This woman is seriously just so incredible at abortions,” she said. “I think you’re really going to like it.”

If one didn’t know better, it would read as if she was opting for one spa procedure over another, as if the receptionist was comparing mani/pedis, or a discussing new haircut that would totally change her life. “You’re really going to like it.”

The abortion, Miller said, was still painful. But it was over quickly, leading her to exclaim to the abortionist, “Holy s***… That was hands down the best abortion I ever had in my whole f***ing life. You’re amazing.” Afterwards, she said she drove home, singing along to Van Halen, and recalled, “I felt like the most successful, luckiest person alive. ‘I live my life like there’s no tomorrow,’ David Lee Roth sang, and I was like, ‘Dude, me too!'”

It’s not often that abortion advocates admit to having such a cavalier attitude towards abortion, or that some women have seemingly no problem with treating abortion as birth control. Theoretically, if someone never wanted to bear children, it would be easier to undergo a tubal ligation than have repeated abortions — but for whatever reason, women like Miller, albeit rare, exist. While most women go through with abortions because they are desperate and feel they have no choice, others apparently do it just because they can.

Plenty of abortion advocates will claim that no one likes it; Alyssa Milano, for example, recently declared that everyone is pro-life because “nobody wants an abortion.” John Irving, a novelist, recently wrote an incredibly biased op-ed for the New York Times in which he declared that “no one is pro-abortion.” Yet then you have people like Miller, and her receptionist, who actually responded with “yay!” when her client chose to go through with the procedure. There are abortionists like Ghazaleh Moayedi, who call it “an act of love,” or Katherine McHugh, who complained that there was no point in going through prenatal testing if one couldn’t have a eugenic abortion, or Patricia Baird-Windle, who called abortion a “sacrament.”

And yet we’re supposed to believe that there’s no one out there who is pro-abortion?