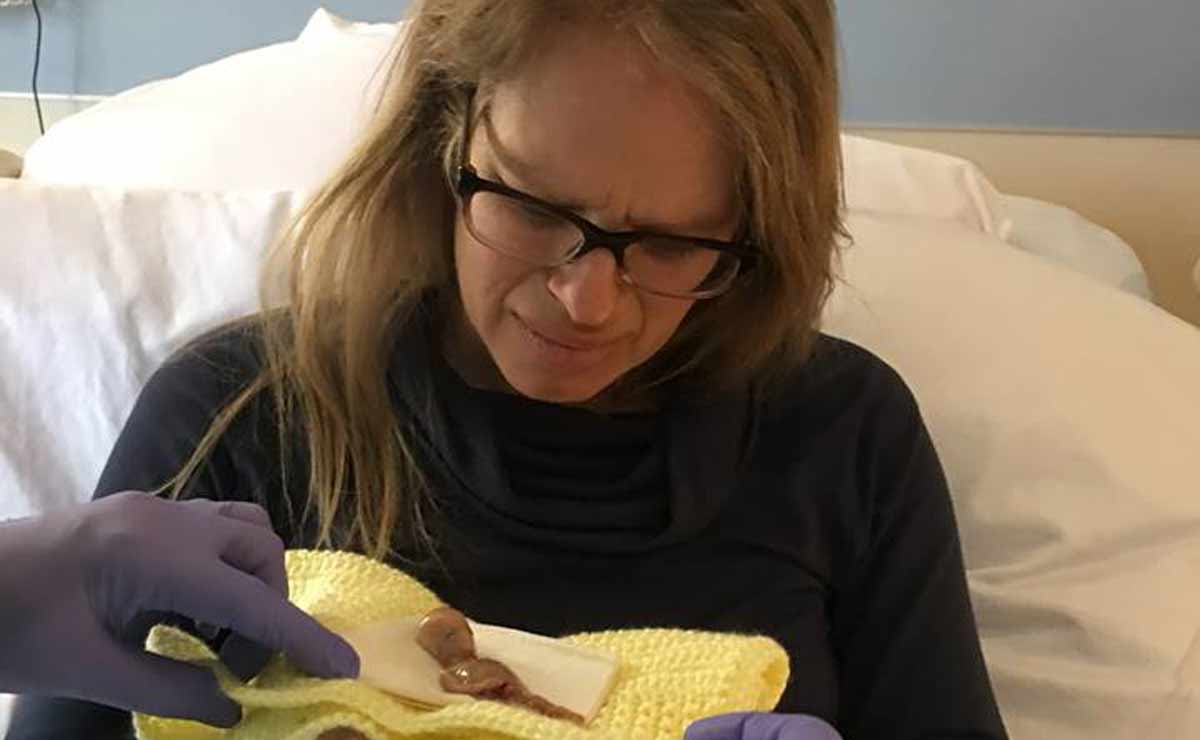 Joy Amadee Osborne and her husband Chris were excited to be welcoming a new baby to their family. Unfortunately, the baby boy they expected to meet face to face in August was lost to miscarriage just before 14 weeks gestation. They shared the news on Facebook in order “to testify to others what we have seen and experienced and witnessed of our God.”

In a letter to Baby Mike, a name given by his big brothers Jason and Nick, Osborne pours her heart out as she describes learning of the death of her preborn baby. A routine ultrasound revealed that his heart was no longer beating and a more detailed ultrasound at the hospital confirmed the news.

The following day, Osborne delivered her son and said they “witnessed something as amazing as the full-term birth of our four sweet children.”

“You (a baby boy!) came out of my womb and you were ‘fully formed’. In miniature, developing detail, your body was all there (hands, legs, feet, toes, fingers, ears, nose holes, mouth, lips, big eye sockets, collar bone, ribs, and many more seen and unseen parts,” she wrote. “‘You were skillfully wrought’ and we couldn’t stop marveling at the craftsmanship of such a tiny human. Measuring in at 3.5 inches long, we witnessed humanity. We saw a person. We saw life. YOU testified of your Creator and so did we.”

At 13 weeks gestation, Baby Mike’s fingerprints were forming and his veins and organs could be visible through his delicate skin. The “Father of Fetology,” Sir Albert William Liley, found that at about this age, each preborn child “shows a distinct individuality in his behavior… This is because the actual structure of the muscles of the face, for example, follows an inherited pattern. The facial expressions of the baby in his third month is already similar to the facial expressions of his parents.” Baby Mike was already showing his true self at just 13 weeks.

While Baby Mike’s parents were heartbroken to say goodbye to their son, they knew he was a blessing in their lives and that God would use his life for good. They knew his life, though brief, mattered.

“So, we love you, ‘Baby Mike.’ Your life mattered and you lived it well. We will see you again.”