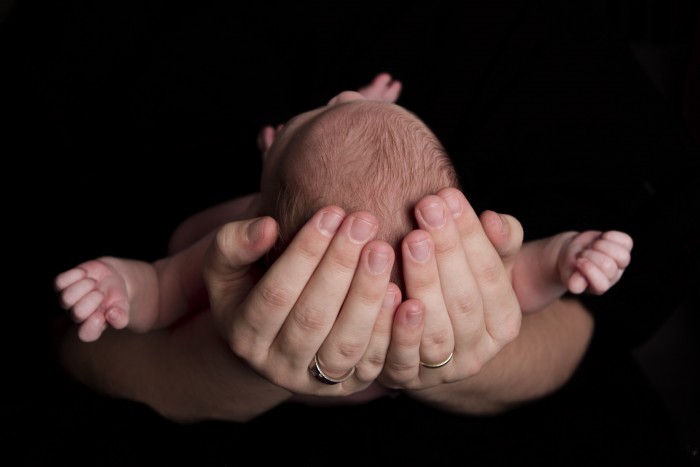 H.R. 36, a bill banning abortions after 20 weeks, except in cases of rape or incest, has passed the U.S. House, and many pro-lifers are applauding. However, there are two groups of pro-lifers who are definitely not applauding: those conceived in rape and those who gave birth to a child that was conceived in rape.

Many men and women who were conceived in rape are suffering emotionally right now. Why? Because the message being given is that their lives should not be protected— that their lives are not valuable. This bill is saying that it would be perfectly fine to abort them, and pro-lifers are lining up to support it.

Rebecca Kiessling is just one pro-life activist who was conceived through rape. Her birth mother was unable to get an abortion because abortions were illegal at the time. Kiessling has often said that she owes her life to laws banning abortion in all cases. She now runs a ministry that helps rape victims and their children. Conceived today, there is a good chance her life would have been violently ended before birth.

Kiessling was allowed to have the normal life experiences that we all take for granted. She was allowed to laugh with other children, pet a dog, see a sunset, play outside, make friends, and do all the other things that children are able to do when they are not torn apart in the wombs of their mothers. Under H.R. 36, it would be perfectly legal for Kiessling, as a pre-born baby, to have been brutally dismembered in the womb; her arms and legs torn from her body and her skull crushed. Is this acceptable? Is this moral? Is this pro-life? Kiessling would say no. And quite frankly, I agree with her.

In a brief interview, she told me the following:

Children like me who were conceived in rape have become the whipping boy of the pro-life movement. If this were any other segment of the population who are only 1 percent, like Asians, Muslims, or those who are bi-racial, no one would ever support a bill with an discriminatory exception for them. This was a message bill, which has no chance of becoming law because the President will veto it. So what kind of message was just sent?

If it’s relevant that the unborn children feel pain, then why is it not relevant that children conceived in rape also feel pain? Let me tell you that I am pain-capable and we took a beating yesterday. Now even legislators like Renee Ellmers are going to get scored with a 100 percent pro-life approval rating. So what good does it do when they continue to prop up unworthy legislators? It just perpetuates the discrimination.

And indeed it does.

Another group of people who are in mourning over the pro-life acceptance of H.R. 36 are women who gave birth to children who were conceived in rape. Many of them feel that their children have been devalued and their choice disparaged.

Elizabeth Reed, who conceived through rape and gave her daughter up for adoption, says the following:

As a woman who conceived a child in rape, I feel utterly betrayed and heartbroken by “pro-life” leaders and elected officials who knew there were exceptions in H.R. 36 and supported it anyway. My experience was not easy, by any means.

I was 15 years old, raped by a person I trusted, kicked out of my home by my mother, and homeless. And yet, I chose life and adoption for my daughter. It was a hard road. Whenever someone says they are pro-life ‘except in cases of rape’ I feel directly like they are saying to me that my experience was useless— that I should have aborted her and moved on—that her life doesn’t matter, and she’s not worthy of what I went through—that if maybe she were just a normal unplanned pregnancy, my story would carry more weight.

When they say things like “no woman should be forced to carry a rapist’s child,” I feel slapped in the face. My daughter wasn’t the rapist’s child— she is mine, and she is her adoptive parent’s child. If the pro-choice argument is that the baby is part of a woman’s body to do with as she wishes, how then does it make sense to say the exact opposite when the child is conceived in rape?

I know that rape is traumatic, first hand. I understand the plight of women who have been abused, but my daughter was a picture of hope to me. She was the only thing that redeemed my experience. She is Romans 8:28 on legs—that in ALL things, God works for the good. Even tragedy.

I would like to remind all my readers exactly what this bill says is perfectly okay to do to rape-conceived children. Here is one description of a late-term dismemberment abortion by a former abortionist:

A second trimester D&E abortion is a blind procedure. The baby can be in any orientation or position inside the uterus. Picture yourself reaching in with the Sopher clamp and grasping anything you can.

At twenty weeks gestation, the uterus is thin and soft so be careful not to perforate or puncture the walls. Once you have grasped something inside, squeeze on the clamp to set the jaws and pull hard – really hard. You feel something let go and out pops a fully formed leg about 4 to 5 inches long. Reach in again and grasp whatever you can. Set the jaw and pull really hard once again and out pops an arm about the same length. Reach in again and again with that clamp and tear out the spine, intestines, heart and lungs.

This was an excerpt from Dr. Anthony Levantino’s description of an abortion at 20 weeks. Is it okay to do this to a child just because she was conceived in rape? Is it okay to dismember babies and crush their skulls if they were conceived in violence? Do two wrongs make a right?

Of the women who filled out the questionnaire, only one woman said she did not feel at least some regret about her choice. Ninety-three percent said that their abortions had not been a good solution and that they would not recommend it to others in similar situation. Only 7 percent supported the view that abortion was “usually” a good solution in cases of rape. Notably, not one woman who gave birth regretted their choice. These are stunning statistics, but they show that abortion is never in a woman’s best interest.

One woman in Reardon’s study said:

I was an innocent victim of a horrible crime. I was not to blame for what the rapist did to me. But in choosing to abort, to kill the innocent child growing within me, I lowered myself to the level of the rapist… It only compounded my pain; it didn’t solve anything.(1)

I soon discovered that the aftermath of my abortion continued a long time after the memory of my rape had faded. I felt empty and horrible. Nobody told me about the pain I would feel deep within causing nightmares and deep depressions. They had all told me that after the abortion I could continue my life as if nothing had happened.(2)

Can it really be true that over 90 percent of women who abort due to rape regret their choice? Interestingly enough, another study found similar results. Dr. Sandra Mahkorn’s 1979 study found that abortion did not help rape victims heal. The later Reardon study only confirmed her findings. According to Mahkorn, who was a licensed rape counselor:

The “abortion is the best solution” approach can only serve to encourage the belief that sexual assault is something for which the victim must be ashamed – a sin to be carefully concealed… Too often the pregnancy receives the most attention and the anger, guilt, fear, and lower self-esteem related to the assault fail to be addressed.(3)

In future articles, I will delve into this issue more deeply. I will highlight the testimonies of more women who conceived in rape, as well as those of children who were conceived in rape and incest.

Until then, please ask yourself: Is late term abortion any less violent when the victim has been conceived through rape? Are not all babies worth protecting?