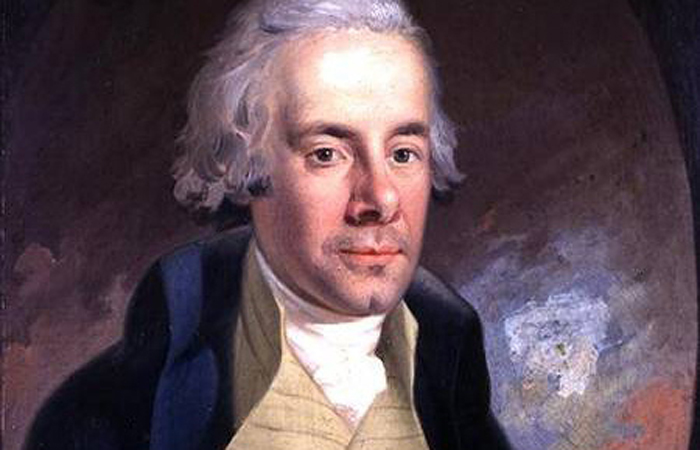 William Wilberforce was a fierce advocate for the abolition of the British slave trade. As a representative in the House of Commons, he fought tirelessly for the acknowledged humanity of his African brothers. In May 1789, whilst delivering a speech regarding abolition to the House, he said something rather profound:

It naturally suggested itself to me, how strange it was that providence, however mysterious in its ways, should so have constituted the world as to make one part of it depend on its existence for the depopulation and devastation of another.

Wilberforce, a man of great faith, could not believe that his just and loving God, the same God upon which our great nation was founded, could have possibly devised the world to operate in such a way. Surely, Great Britain’s existence had not been intended to depend on the depopulation and devastation of Africa. White men had not been created superior to black. Today, we look back on the Atlantic Slave trade and the institution of slavery, and we reject everything that it stood for, as well we should. The degradation and commodification of our African brothers and sisters was an abomination, a shameful part of our world’s past that is now universally condemned.

Opposition against William Wilberforce’s call for abolition of the British slave trade was not minute, yet he thoroughly defended his cause against any argument that arose against him. A common argument that his opponents used against him was how the policy of Great Britain would be negatively affected if the trade were to be permanently halted. They argued that their enemy, France, would take up the trade in their absence and reap the profits of it, benefits which Britain would no longer receive.

To this notion, Wilberforce decried:

It is clearly no argument against the wickedness of the trade, that France will adopt it.

Just as Wilberforce fought against those who tried to put the policy of a nation before the justice of an entire race, so too must we fight against those who try to use circumstance to justify an unjustifiable evil. No justification for abortion can successfully justify its wickedness, because there is not a single, legitimate reason on Earth to heinously murder an innocent baby.