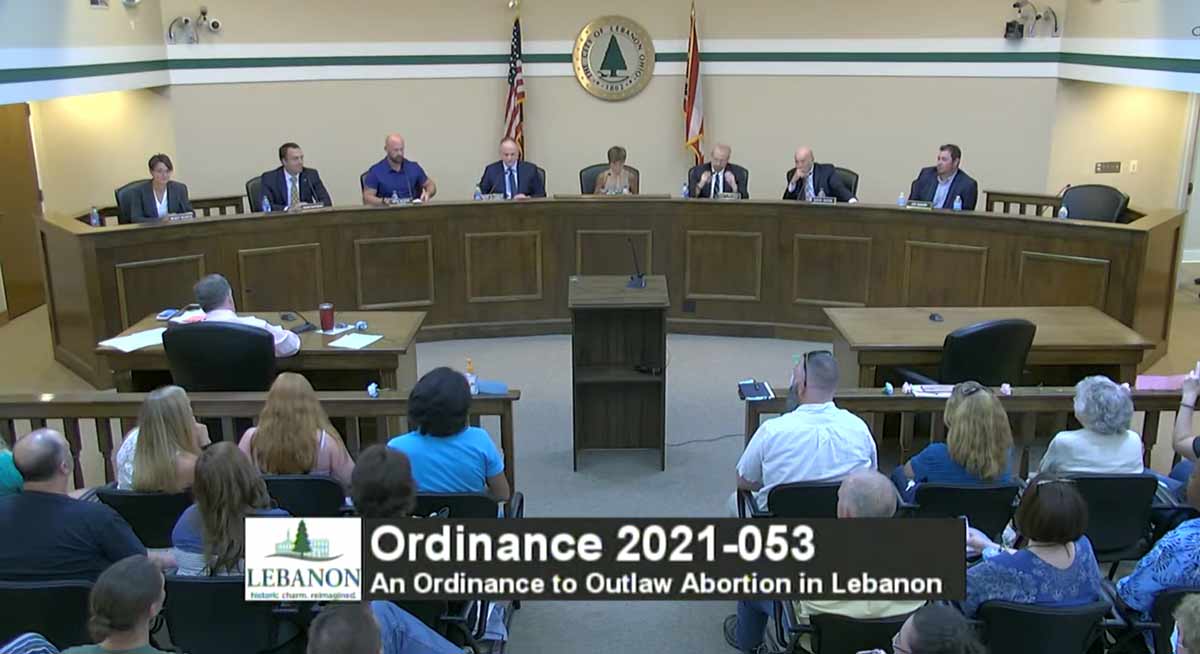 The City Council of Lebanon, Ohio has approved an ordinance that makes Lebanon the 29th U.S. city and the first city in Ohio to become a Sanctuary City for the Unborn. The ordinance, sponsored by six of the Council members passed unanimously after Council member Krista Wyatt resigned her seat due to her objection to the ordinance. It will take effect immediately.

“We hope to be the first in Ohio and then believe other cities could take our lead as well,” said Council member Adam Matthews ahead of the vote.

According to WCPO, there are currently no abortion providers in Warren County, where Lebanon is located, but the ordinance would ensure that no abortion businesses ever set up shop in the city. According to the ordinance, doctors who do commit abortions would face a misdemeanor charge along with a fine of up to $2,500 and a year in jail, however, based on Ohio state law for a first-degree misdemeanor, they could only be fined up to $1,000 and spend six months in jail. There is no penalty for women who undergo abortions and currently, Ohio law has criminalized abortion statewide when an embryonic heartbeat is detectable.

About 100 individuals signed up to address the Council either in support of or in opposition to the ordinance. However, prior to the meeting, Mayor Amy Brewer said she and other council members already had heard from residents and were being “proactive in saying we don’t want an [abortion] facility in Lebanon.”

Executive director of Cincinnati Right to Life Meg DeBlase said, “Cincinnati Right to Life applauds the work of the pro-life community in Lebanon to drive the effort of establishing a Sanctuary City for the Unborn. In America we are guaranteed the right to life. We expect government leaders to defend that right above all others, especially for vulnerable populations like the unborn. We pray that the city council members and mayor of Lebanon have the courage to stand up for unborn lives in their community. .”

Currently, the majority of Sanctuary Cities for the Unborn are located in Texas and there are two in Nebraska.

Editor’s Note 5/26/21: This article was updated with new information on the fine and jail time abortionists could face.