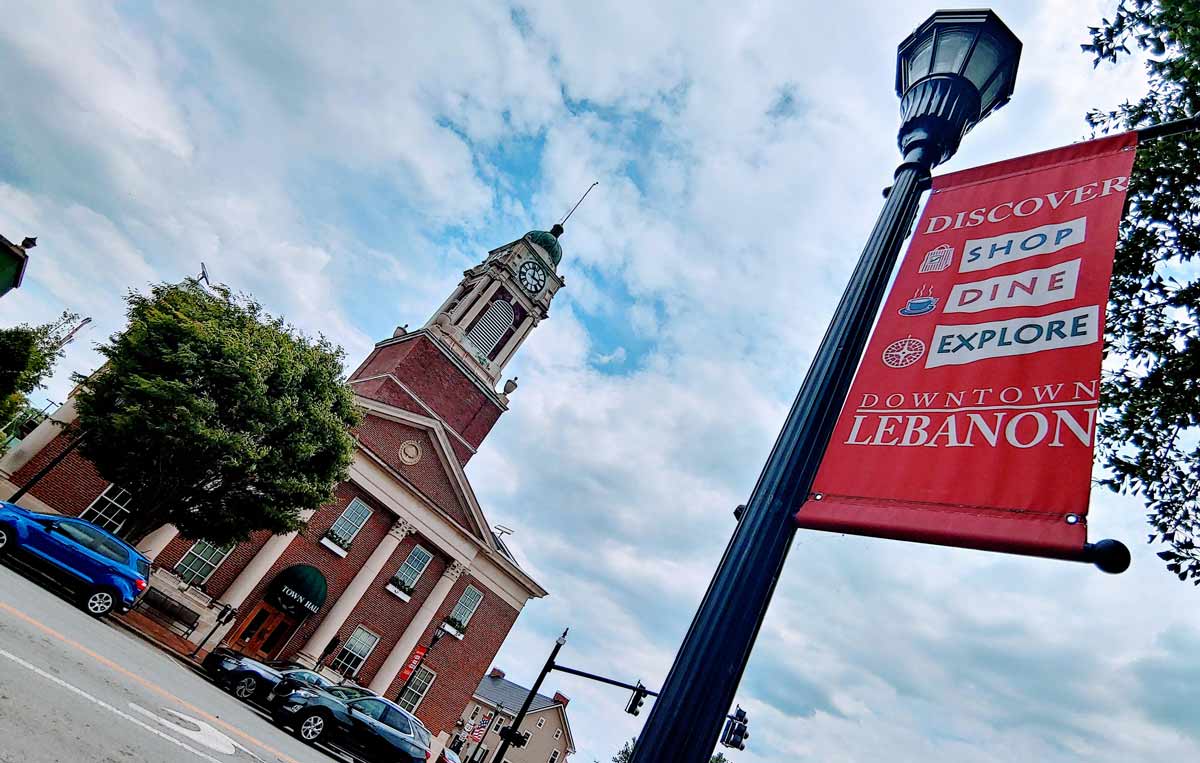 The City of Lebanon, Ohio has become the 29th city in the nation and the first city in Ohio to pass an enforceable ordinance outlawing abortion within its city limits. The vote of the Lebanon City Council was a unanimous 6-0. The only council member in opposition to the measure resigned from her position just hours before the vote. The ordinance, which immediately outlaws abortion, also declares the abortion pill contraband in city. The complete city council meeting can be viewed here.

It all started when Lebanon resident Josh Beckmann shared with Councilman Doug Shope his desire to see Lebanon become a sanctuary city for the unborn. Councilman Shope consulted Lebanon’s city attorney and they looked at the possibility of a zoning ordinance. When that was found to not be the best course of action, Shope reached out to Mark Harrington with the pro-life organization Created Equal in Columbus, Ohio for assistance. Created Equal has been advocating for Ohio cities to become Sanctuary Cities for the Unborn. Created Equal connected Shope with Right To Life of East Texas which had been responsible for the drafting of all of the city ordinances outlawing abortion in Texas and Nebraska. While several cities throughout the U.S. have passed resolutions declaring themselves to be “sanctuary cities for the unborn,” the city leadership of Lebanon recognized, along with 26 cities in Texas and two cities in Nebraska, that resolutions do nothing to protect the health and welfare of the residents of their city from the aggressive pro-abortion agenda of the Biden-Harris administration.

After listening to over three hours of public testimony on Tuesday, Councilman Adam Matthews was clear on where he stood on the controversial issue: “This is what I’ve learned, yes from my Church, but also from helping those at the precipice of life. From holding healthy babies to sitting with peoples mourning miscarriages, to making faces at a child whose mother reversed the abortion pill after the first dose. Human life must be respected and protected absolutely from the moment of conception.”

Matthews continued, “From the first moment of his existence, a human being must be recognized as having the rights of a person – among which is the inviolable right of every innocent being to life. […]  The moment a positive law deprives a category of human beings of the protection which civil legislation ought to accord them, the state is denying the equality of all before the law. When the state does not place its power at the service of the rights of each citizen, and in particular of the more vulnerable, the very foundations of a state based on law are undermined. As a consequence of the respect and protection which must be ensured for the unborn child from the moment of conception, the law must provide appropriate penal sanctions for every deliberate violation of the child’s rights.”

Shope, Councilwoman Wendy Monroe, Vice Mayor Mark Messer, and Councilman Joe Shaefer also expressed their support or asked questions regarding the ordinance, which each one of them had sponsored. Mayor Amy Brewer emphasized that the same abortion access which citizens of Lebanon had today they would have tomorrow and that this measure is about keeping something out which did not belong in there. 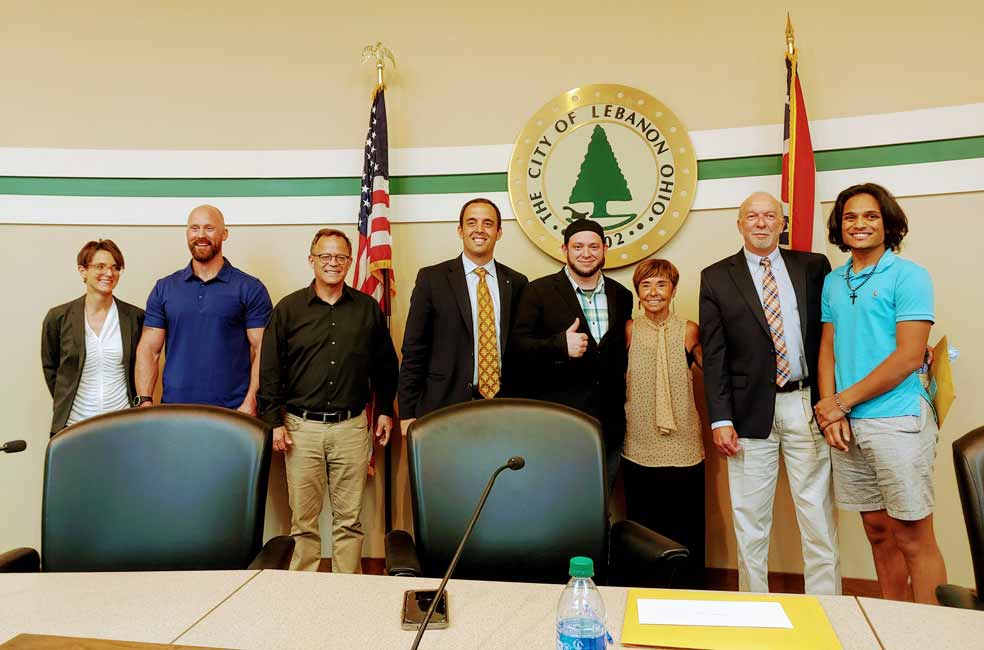 “We are clearly saying in our community we do not think it is in our best interest to open a clinic or a hospital that does abortions,” said Brewer. “We are elected to make decisions based on what’s good for our community today.” The votes cast by the Lebanon City Council were solid: six for outlawing abortion with zero against.

Abortion is defined by the ordinance as “the act of using or prescribing an instrument, a drug, a medicine, or any other substance, device, or means with the intent to cause the death of an unborn child of a woman known to be pregnant.” The ordinance is clear that the term does not include birth-control devices or oral contraceptives. The ordinance is also clear that the act is not an abortion if the act is done with the intent to “save the life or preserve the health of an unborn child” or “remove a dead, unborn child whose death was caused by accidental miscarriage” or “remove an ectopic pregnancy.” There is one other exception listed in the Ordinance and that is a very narrow exception for cases where the mother’s life is at risk. (Abortion is never medically necessary.)

Unlike the Texas ordinances outlawing abortion, the Lebanon ordinance does not contain a private enforcement mechanism allowing for civil lawsuits to be filed against the abortionist or anyone who aids or abets the abortionist. Like the Nebraska ordinances outlawing abortion, the public enforcement of the Lebanon ordinance is immediate and is not dependent upon any future court rulings. Those who are found in violation of any part of the Lebanon ordinance are guilty of a misdemeanor in the first degree and, under Ohio Law, are not to serve more than six months in jail or pay more than $1,000 in fines. These consequences to the violation of this law are immediately enforceable and contain only one exception: “Under no circumstance may the mother of the unborn child that has been aborted, or the pregnant woman who seeks to abort her unborn child, be subject to prosecution or penalty under this section.”

If the City of Lebanon faces any litigation as a result of the passage of the ordinance Attorney Jonathan F. Mitchell, the former Texas Solicitor General, has agreed to represent the city at no cost to the city and taxpayers. In May of 2020, when seven cities in East Texas that had passed the ordinance were sued by the ACLU, Mitchell represented the cities, and after three months, the ACLU withdrew its lawsuit. The lawsuit did not cost the cities or the taxpayers one cent and abortion remains outlawed in every city which was sued.

Currently, the City of Lubbock, Texas is being sued for outlawing abortion within its city limits. Surprisingly, the lawsuit against the City of Lubbock was barely even mentioned during the Lebanon City Council meeting. When it was mentioned, it was mentioned by Shope who pointed out that Lubbock was in a different situation because they were the only sanctuary city that had an abortion facility at the time of the ordinance’s passage.

Lebanon is not expected to be the last city in Ohio or in the United States to outlaw abortion. The Sanctuary Cities for the Unborn Initiative reports that many other cities in Ohio are already planning to outlaw abortion in the near future. Meanwhile, back in Texas, the City of Levelland is expected to have their second and final reading of their ordinance outlawing abortion the first full week in June.