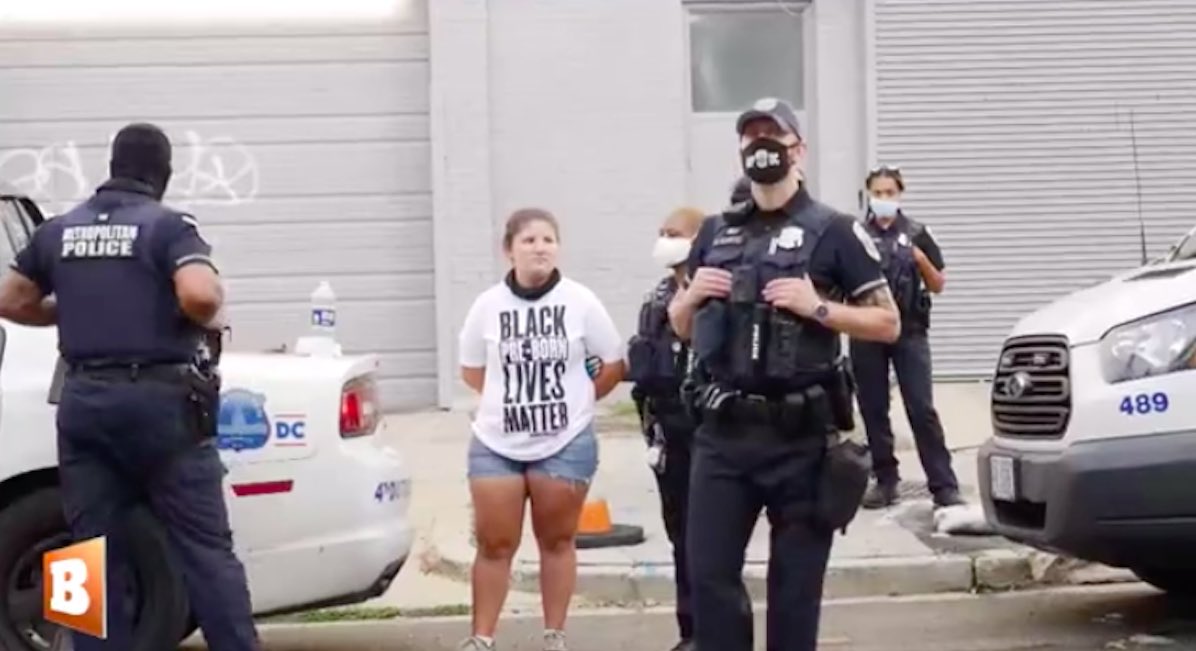 Two lawmakers are calling for an investigation into the “unconstitutional viewpoint discrimination” of two pro-life students who were arrested in Washington, D.C., after using sidewalk chalk to write the phrase “Black Pre-Born Lives Matter” in front of a local Planned Parenthood. The students, who are affiliated with Students for Life of America, were charged with defacing public or private property, which is punishable by a fine up to $1,000 and/or up to 180 days in jail.

Fox News is reporting that Rep. Jim Jordan (R-Ohio), ranking member of the House Judiciary Committee, and Rep. James Comer (R-Ky.) of the Oversight Committee, wrote a letter to Assistant Attorney General Eric Dreiband questioning the validity of the arrest. The arrest raised eyebrows particularly because the slogan “Defund the Police” was recently painted on a prominent D.C. roadway adjacent to the Mayor’s commissioned painting of “Black Lives Matter,” without similar consequences.

SFLA has said it intends to pursue legal action against the Metropolitan Police Department for its viewpoint discrimination. Jordan and Comer also intend to investigate and address any discrimination that may be taking place. They have asked the Justice Department to help them better understand how the agency “evaluates and addresses unconstitutional viewpoint discrimination on public property,” and have called for a staff-level committee briefing of the findings no later than September 1.