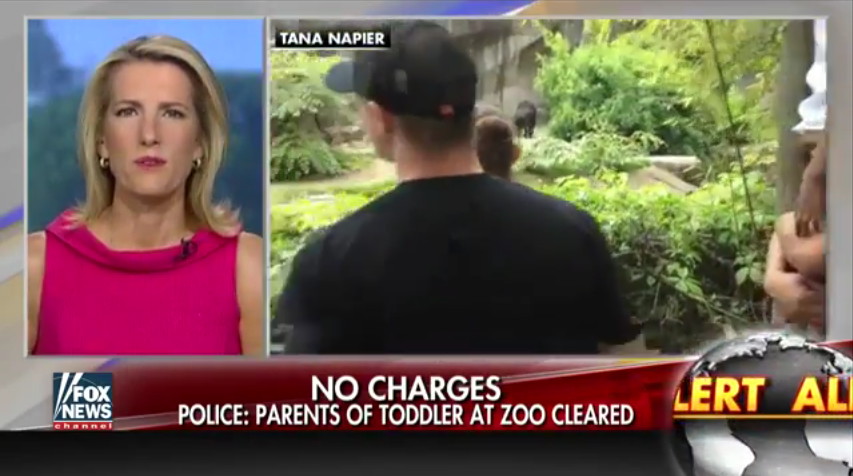 Conservative talk show host Laura Ingraham took the media and Hollywood elites to task over abortion during an episode of “Fox and Friends.” Ingraham, who affirmed that the killing of Harambe the gorilla at the Cincinnati Zoo was a tragedy, however, sharply condemned the mainstream media and celebrities for their “collective yawn” over the gruesome killing of children in Planned Parenthood abortion facilities.

“We have Hollywood celebrities who emit a collective yawn when we find out what really goes on in the abortuaries across this country, Planned Parenthood clinics, other abortion clinics, the way women are routinely lied to,” Ingraham said.

“We have about a million babies a year who are not born. We sell off their body parts like it’s nothing. And you hear nothing. I mean, in fact, they celebrate it,” she added.

The 17-year-old animal was shot and killed by zoo workers over Memorial Day weekend after a boy fell into the moat where the gorilla resided.

Ingraham, who has been a strong advocate for the preborn, called the media frenzy over the shooting of Harambe the “Cecil the Lion story of 2016.” She affirmed that society must protect and defend innocent human life.

“You know, it’s heart-breaking to see an animal that is not adopted, but it’s also heartbreaking that we have millions and millions and millions of children around the world who aren’t adopted. And yet the advocacy for children, either abandoned in this world or children who don’t have the privilege of being born, they don’t even discuss it, “Ingraham said.

Celebrities and animal rights activists are outraged over the Cincinnati Zoo’s killing of the animal, and are calling for justice for Harambe.