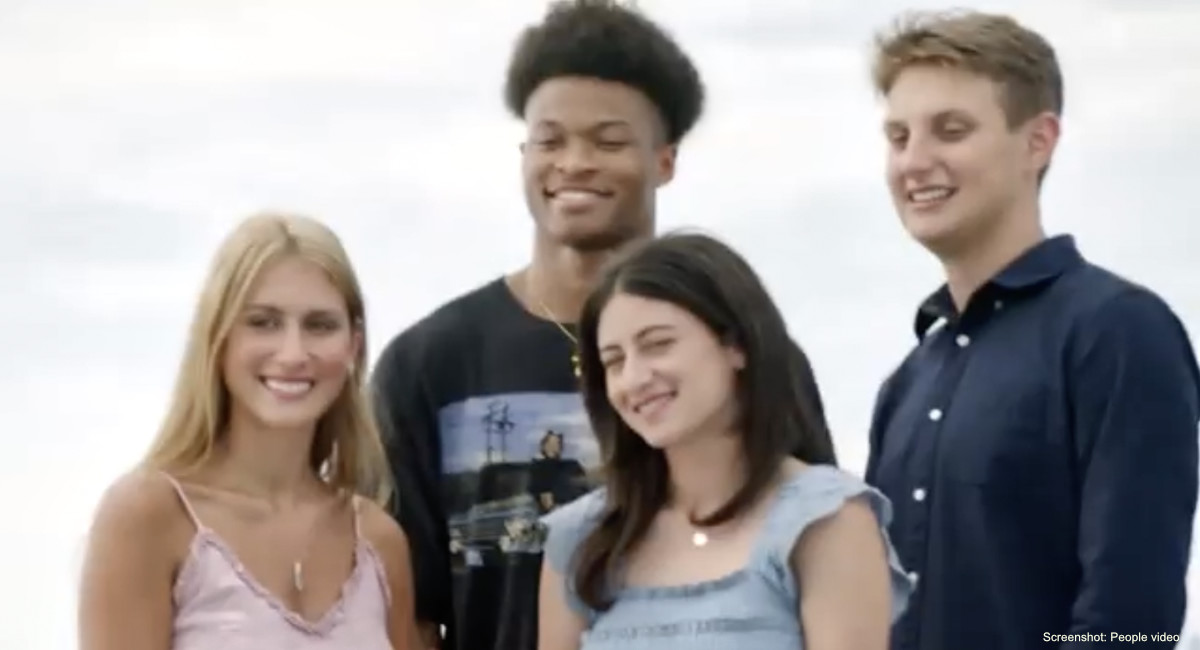 It’s been 20 years since the United States experienced the deadliest terrorist attack in our history. 2,977 people lost their lives on September 11, 2001, including about 100 men who were eagerly awaiting the births of their children. Those babies, though not yet born, existed and were fully human and in their mother’s wombs as their fathers perished in the attacks. To their mothers, they were a saving grace. To Americans, they were a glimmer of hope amid a tragedy.

Alexa Smagala was one of those babies. She and other teens born after their fathers died on 9/11 are featured in a new documentary and in the latest People magazine. Alexa’s father, Stan Smagala, was a firefighter with Engine 226 in Brooklyn. He rushed towards the Twin Towers that terrifying morning to save people, knowing that he was risking his own life. His wife Dena was pregnant with Alexa, whom she calls “the last kiss, the last gift” from her husband.

“I’m the last thing he left behind,” Alexa explained. “I’m strong because of what happened to me. If I can survive that, I can overcome anything.”

Jenna Jacobs’ husband Ariel died on 9/11 while in a meeting in one of the towers. She was pregnant with their son Gabriel. She explained, “These children are what comes after 9/11. They are the joy, the salve, the ointment. They’re the love.” She added, “I’m very lucky that I had Gabi so soon after Ari died, because I had somewhere to put my love and someone who needed me to be well. Because I don’t think I would have been well by myself, but my baby needed me to be well.”

Like every preborn child, Alexa and the other babies of 9/11 represented new life and a new hope even before they were born. These were the first Americans born out of the tragedy of 9/11, though their fathers had died before they took their first breaths. They didn’t just offer hope to their mothers, they offered hope to an entire heartbroken nation.

It’s the way every preborn child should be seen — as a ray of light and hope no matter how dark a mother’s circumstance may seem.

Being themselves includes finding their own ways to feel connected to the fathers who never had the chance to hold them. As an athlete, Ronald remembered the father he never knew by wearing number 33, the age his father was when he was killed. “When I’m wearing that number, it’s for him,” he said.

Alexa takes joy in knowing she looks like her father.

Gabriel, who was born just six days after 9/11, said he tries to live like he hears his father did — joyfully. “I think of how he would have wanted my life to be. I honor him by being alive, being happy and living a great life,” he explained.

Jamie Gartenberg Pila’s father James was at work in one of the towers on 9/11. She never knew him, but shares in his story. “I wasn’t even born, so I think my generation and the next can connect more if people like me and the other kids share our [stories]. Losing my biological dad at a young age taught me to do everything you can. Help people. Always do the right thing and be brave.”

The right thing is often the hardest thing, as these children have known for their entire lives. Sometimes the right thing means sacrificing your entire life, the future you had planned, so that someone else can live. It’s what Alexa’s father did that day.

“I think he had to know he wasn’t going to make it out of the building [Tower Two],” explained Alexa of her father, “but he still went in. They made it to the 40th floor. That’s when the tower fell. Often when people find out what happened they kind of walk on eggshells, but everyone goes through loss. It’s just that the way mine happened is different.”

Before they were even born, these children suffered an enormous loss — the deaths of their fathers. They were born into a lifetime of wondering what it would be like if they had their fathers — a lifetime of holding on to everything they could of the men they never knew yet love so much.

And their fathers, though they didn’t have the chance to meet their babies face to face, likely marveled at their ultrasounds and smiled at their kicks, and loved them too.