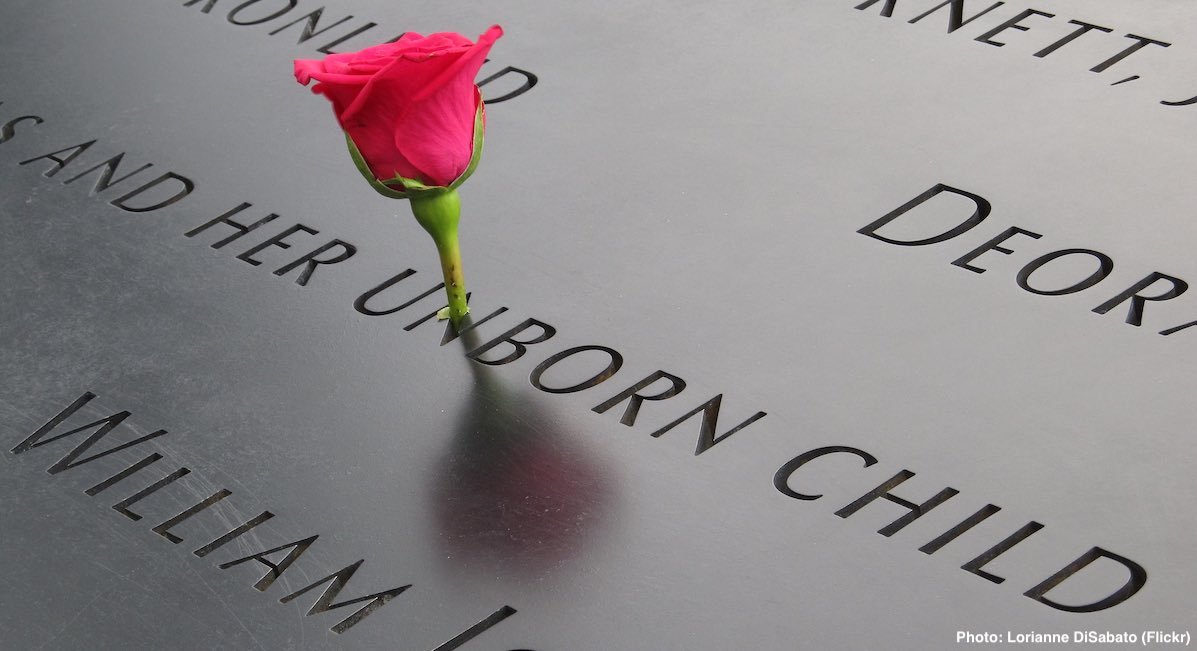 The terrorist attacks on September 11, 2001, devastated not only the United States, but the entire world. Four hijacked plans were crashed: two into the World Trade Center twin towers in New York City, one into the Pentagon, and one into a field in Pennsylvania. More than 6,000 people were injured, and 2,996 people died. At least 10 of the innocent people killed were pregnant women (though there were likely more), whose preborn children perished along with them.

Each year, the names of the victims are read in New York City in an annual memorial service. Here, Live Action News honors the memory of all who died, and takes special note of the preborn children and their mothers who lost their lives in the horrific events of that day.

Deanna, married to Anthony, was an executive assistant at Cantor Fitzgerald. She was seven months pregnant, and the Galantes were excitedly awaiting the birth of their son, Matthew. “She was so excited,” Anthony told SILive in 2010. “The night before we were watching the baby move around.” She was set to take maternity leave not long after the attacks. 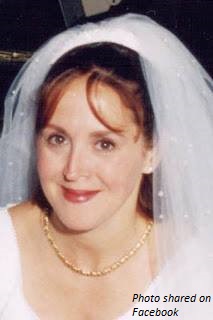 Jennifer Howley and her preborn child

Jennifer, 34, was born in Lincoln, Nebraska, and worked for Aon Corporation in the World Trade Center. She had already overcome adversity several times over, having lost hearing in her right ear as a toddler, and then losing her mother to a brain aneurysm when she was six. Yet she became a successful adult, and is remembered as someone who was warm, kind, and funny. She and her husband, Brian, were expecting their first child in 2002.

Vanessa, 29, was from Yonkers, New York, and worked at Regus (now IWG plc). Vanessa and her husband, Tim, were expecting their first child together, as Vanessa was four months pregnant. “As time went on I was so in love,” Tim said, according to Legacy.com. “It felt like we should have a family.”

Though Vanessa escaped the South Tower, when the building collapsed, she was crushed underneath the rubble; her husband, Tim, fell into alcoholism and died himself just a few years later at age 34. His obituary described him as an “indirect victim” of 9/11. 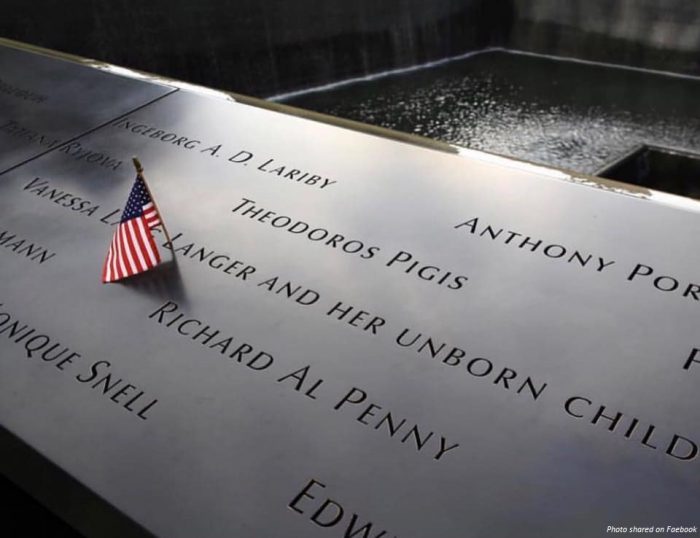 Lauren was an advertising sales consultant for Good Housekeeping magazine, as well as an aspiring author. Originally from Houston, Grandcolas was flying on Flight 93, returning to her home in California from her grandmother’s funeral in New Jersey. She was three months pregnant with her first child. When the hijackers took over the plane, she was able to call her husband and tell him there was a problem with the plane. She, along with all of the Flight 93 passengers, perished when they fought back and crashed into a field in Pennsylvania.

Her sisters worked together to posthumously publish her book, titled, You Can Do It: The Merit Badge Handbook for Grown-Up Girls. 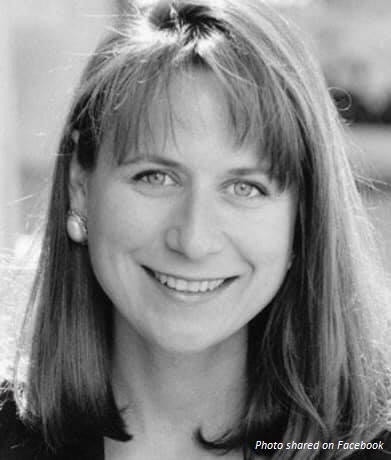 According to her husband Kevin, 34-year-old Helen was the one to ask him out on their first date. Helen, who worked as a computer specialist, was five months pregnant on 9/11. “She used to loved working at the Trade Center,” Kevin said, according to the Journal News. “I used to go down there and meet her after work sometimes, just for drinks or to hang out.”

Helen’s family was able to find out she was having a girl thanks to an amniocentesis, and she was given the name Patricia. 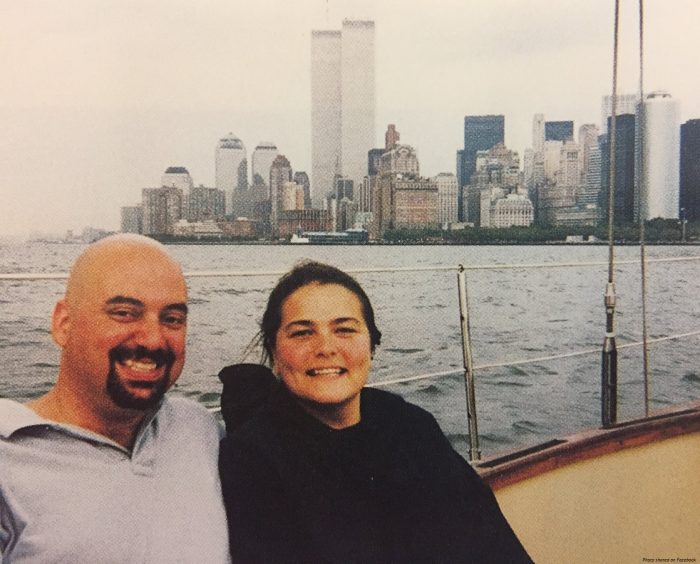 Renee May and her preborn child

Renee May, 39, was a newly engaged flight attendant on September 11th, with her fiancé, David Spivock, having proposed just one month prior. In addition to working as a flight attendant, she was also a docent at the Walters Art Museum in Baltimore. Instead of planning a wedding and celebrating the birth of a new baby, Spivock tragically had to plan her funeral instead.

May died on Flight 77, which crashed into the Pentagon.

Patricia Massari was just 25 years old and was working as a capital analyst for Marsh & McLennan. The day of the 9/11 attacks, Patricia learned she was pregnant. “She cried, I cried, we talked,” her husband, Louis, recounted in a now-archived memorial. “I was overwhelmed with excitement, and at the same time … was like, “What do we do? What do we do?'” Louis had to mourn not only the loss of his wife, but the loss of his child as well.

“I would switch spots with her tomorrow,” he said. “Because then our family could go on.” 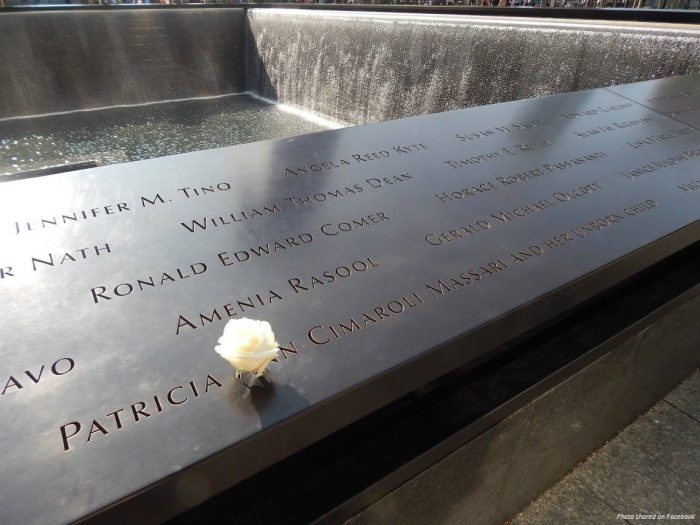 On September 11th, an entire family was destroyed. Sylvia San Pio Resta and her husband, John, both worked for Carr Futures, right down the hall from each other. Both were killed in the 9/11 attacks. Sylvia was seven months pregnant, and the couple planned to name their child either Dylan or Julia. “They loved each other,” Father Thomas Donovan said during their memorial Mass. “They looked forward to their baby.”

Sylvia’s older sister, Maritza Mure, likewise called her pregnancy Sylvia’s “last and greatest” accomplishment, saying, “I’m happy she got to experience the miracle of feeling life inside of her.” 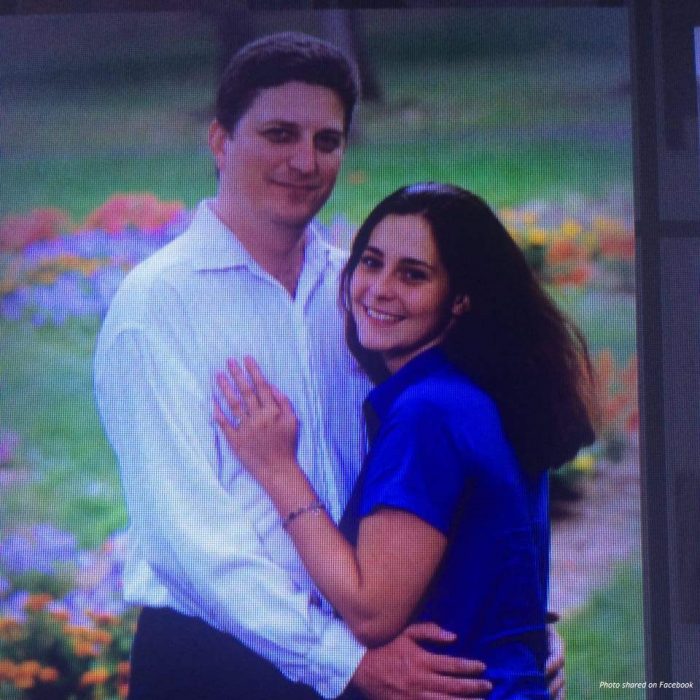 Dianne Signer and her preborn child

Dianne, 32, was to be married to her fiancé, Paul Maurceri, just days after the 9/11 attacks. She worked for Fred Alger Management, and was three months pregnant. Her family still mourns the child they never got to know. “I’m so happy the baby is mentioned [in the memorials],” Patricia Signer, Dianne’s mother, said to Newsday. “Because that baby will always be in my heart.”

Instead of celebrating a wedding, her parish priest instead presided over her funeral on the day she was meant to be getting married.

Rahma Sahlie and her preborn child

Rahma Sahlie, 28, was Sri Lankan, but was raised in Japan. Her husband, Michael Theodoridis, was Greek. The two married in 1998, and he converted to Islam for her. Sahlie worked as chief operating officer for Cinoni. She was seven months pregnant with the couple’s first child. “They were very much in love. They wouldn’t do anything without each other,” her father told the Chicago Tribune. “There was never anything but a smile on their faces.”

Both husband and wife were on board Flight 11 when it crashed into the World Trade Center. 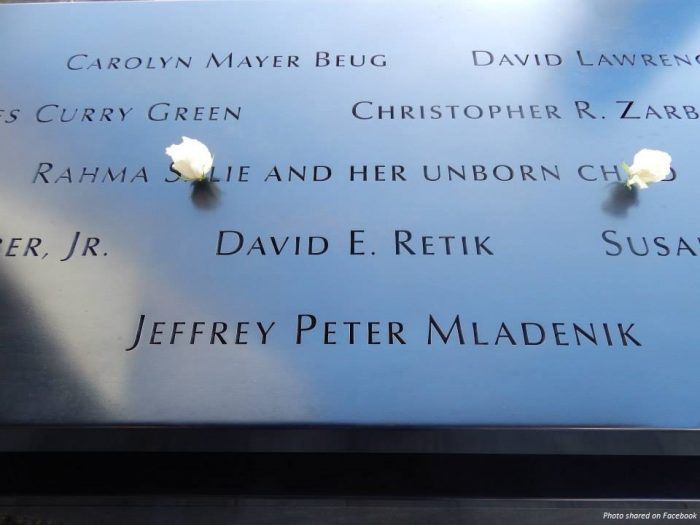