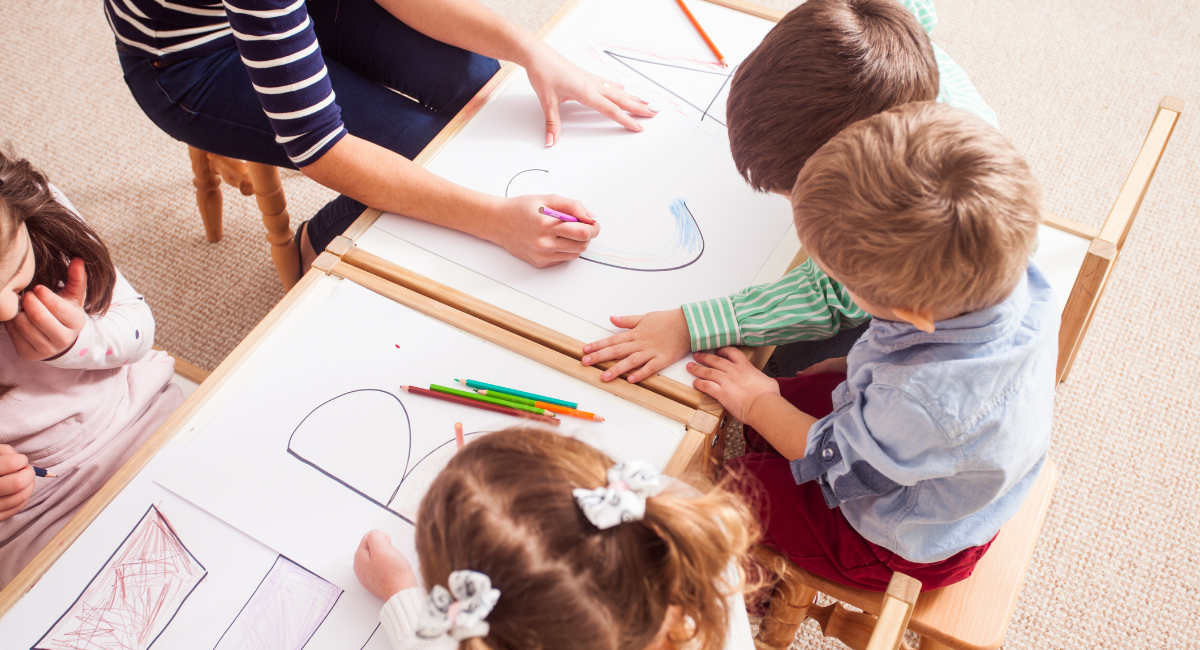 The worksheet was adapted from the “Body Smart: Right From the Start” book, written by Kerri Isham. “This book provides activities and discussions that parents can use with their child to begin conversations about how to keep safe from sexual abuse,” the website reads. “It covers a wide range of topics including boundaries, bodies, public/private, touch, secrets, perseverance, trusted adults, body signals and many more.”

The book is listed as being “ideal” for ages three to seven years old.

Many people criticized the assignment as grooming and sexual abuse, including Live Action founder and president Lila Rose. “This is straight-up sexual abuse,” she wrote on Twitter. “Any teacher or administrator involved should be arrested and charged.”

This is straight-up sexual abuse. Any teacher or administrator involved should be arrested and charged. https://t.co/Q6c1p5Q2zi

The worksheet began to go viral when it was posted on Facebook by an angry parent. “You know I was going to keep quiet and handle this quietly but f*** it,” the unnamed parent wrote, with the post screenshotted and shared by Libs of TikTok. “#1, I was not informed this would be discussed, no info came home beforehand. #2 my daughter is in JUNIOR KINDERGARTEN!

“I did call the school and I’ll be doing a formal written complaint as well.” 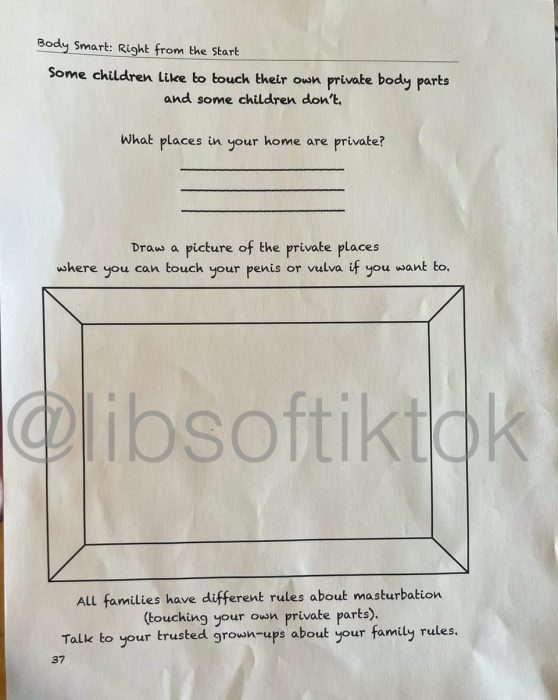 Photo shared by Libs of TikTok.

The parent who alerted Libs of TikTok about the assignment later updated that the school was not given advance notice of the assignment, and are now investigating the incident.

“I just want to say publicly that the school had no idea that this teacher was doing this program,” the parent said. “It was supposed to be just the good touch/bad touch program, which is what I agreed upon at the beginning of the year. It teaches their body parts and that nobody is allowed to lay hands on their body; their body is their own, which I thought, yeah, that’s right. So we can’t really blame the school for this situation, because the school had no acknowledgement of this, this is an inside problem that is being dealt with by the school, and they’re just determining what decision they are going to make.”

One former Planned Parenthood sex educator said there is a specific motivation to pushing sex education on children at young ages. “The sex education grooms them for promiscuity. Grooms them for STD treatment, and grooms them for abortion,” Monica Cline said in a previous interview. “Teens are being given false ideas that condoms will cover all the bases,” she continued. “They do tell them to get tested and treated – which means coming back to the clinic – and if they are pregnant they are encouraged to get an abortion.”