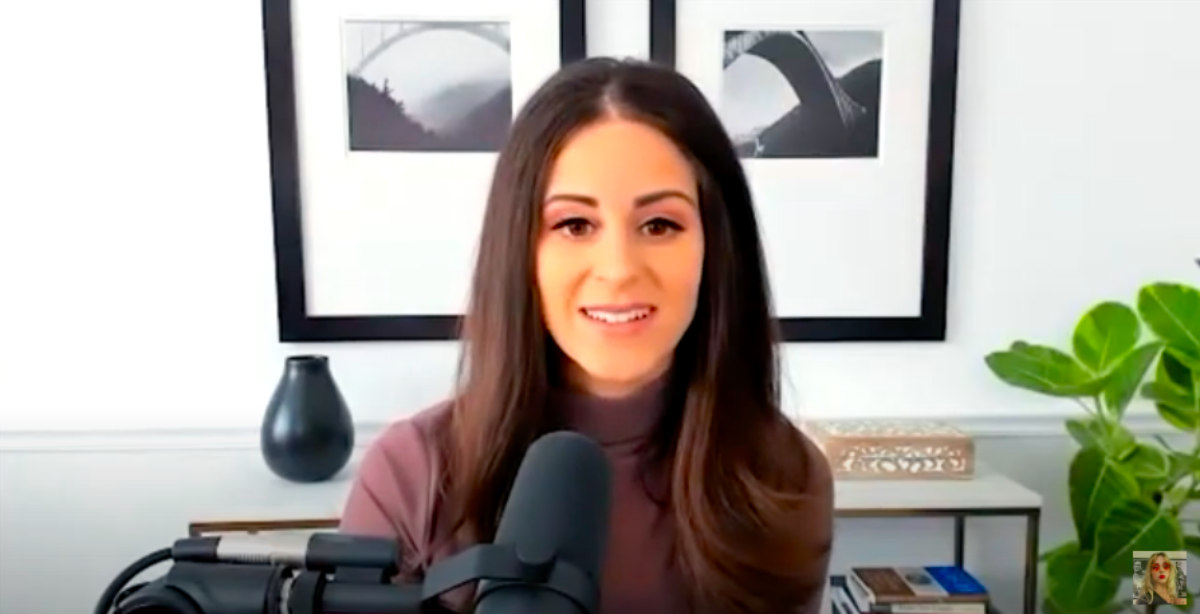 On her YouTube podcast, Mikhaila Peterson, cultural commentator and daughter of the internationally famous clinical psychologist and author Jordan Peterson, recently hosted two guests representing opposing views on abortion. Lila Rose, founder and president of Live Action, discussed the pro-life perspective and the arguments in favor of recognizing the rights of the preborn child while also addressing the needs of mothers.

Peterson also spoke with Mara Clark, founder of the charity Abortion Support Network, based in the United Kingdom, which helps mothers in pro-life countries to travel to other countries for elective abortions, or ships abortion pills to them for unassisted at-home abortions.

Peterson billed the two discussions as a kind of debate and claimed to “play devil’s advocate” for both sides. However, Peterson stated several times that she had not thought through the issues and referred on a few occasions to what she was taught about abortion in Canadian schools — points which seemed to strongly favor pro-abortion views. Peterson admitted she “got flustered” when speaking with Rose and “went on a bit of a rant.” Claiming Rose was a “spicy tamale,” Peterson asked much more pointed and challenging questions of the pro-life side and seemed generally to take the pro-abortion side at face-value, asking few questions and not really challenging the assumptions Clark made.

“Your life didn’t start at birth”

In her segment, Rose defined the pro-life worldview and challenged Peterson to exercise reason and define her own position. Rose said, “The reality is birth does not transfer humanity to you. You’re human before and after birth. Your life didn’t start at birth, Mikayla, my life didn’t start at birth. The science is clear and the biology is clear when it starts. Our life starts at the moment of fertilization and it just needs time and nourishment, unless something interrupts your growth, which could be an act of violence against you.”

Peterson later explained her reluctance to recognize the right to life of a preborn child, saying, “I’m not comfortable with the government mandating anything, really. I don’t think the government is smart enough to make decisions for other people.” Even so, Peterson took it as obvious that parents should not be allowed to kill a newborn child, and she could not specify the difference between a newborn baby and a child in the womb.

READ: Abortionist admits that abortion is killing: ‘We are the executioners’

“A new system of oppression against children”

Rose also addressed the claim that mothers need abortion and explained the shortcomings of pro-abortion activism that claims to empower mothers. Rose said, “We, as women, cannot achieve equality if we build a new system of oppression against children.” Rose elaborated that mothers in difficult circumstances are not helped substantially by abortion. She said, “The abortion doesn’t actually solve any problems for that single mom, it just also makes her the mother of another child whose dead now and she’s still in the exact same circumstances she was before.”

Death is not the solution for children with disabilities

Peterson “got flustered” on the subject of preborn babies who may have a disability and challenged Rose to defend being pro-life even in cases in which the baby may have a life-limiting condition. She was especially concerned with the scenario in which a family already has a disabled child they struggle to care for and discover their preborn baby may also have a disability. Rose responded, “I think we need to help families with chronically ill children. But I don’t think we should ever say the solution for a family with two chronically ill children is to kill one of them because they are smaller and less developed so it is easier and more convenient to kill that other child.”

Killing innocent humans is not the answer to difficult circumstances

For her part, Clark presented a position heavy on anecdotes and light on logic. Clark described an array of difficult circumstances, everything from a pregnant mother whose husband committed suicide to parents whose four-year-old had leukemia. Clark presumes that aborting the preborn child in these families was the right decision for them because their situations were so difficult. At times, she refers to the preborn child interchangeably as a baby and a fetus, never addressing the obvious humanity of that member of the family. The circumstances Clark described are very difficult but they are not solved by killing.

Insofar as Clark did address pro-life arguments, she misrepresented them as inherently religious and suggested that if you advocate for the right to life of preborn babies, “You better be out there… creating a world in which everybody who gets pregnant is able to care for the resulting children.” It is a common claim by abortion advocates that in order to condemn the violent destruction of innocent human life that occurs in abortion you must also support every other social cause and ensure the total material and emotional well-being of every child in the world. This is not a valid argument and is inconsistent with the way that we treat other issues of injustice in our society.

When asked about the strongest argument against her pro-abortion position, Clark said without hesitation the best argument is babies. She added, “Babies are cute, and babies are adorable. I get it.” Indeed, babies are the living proof that the preborn child is, in fact, human. This embodied reality should prompt us to protect the preborn child from violent destruction rather than seek to justify that destruction.