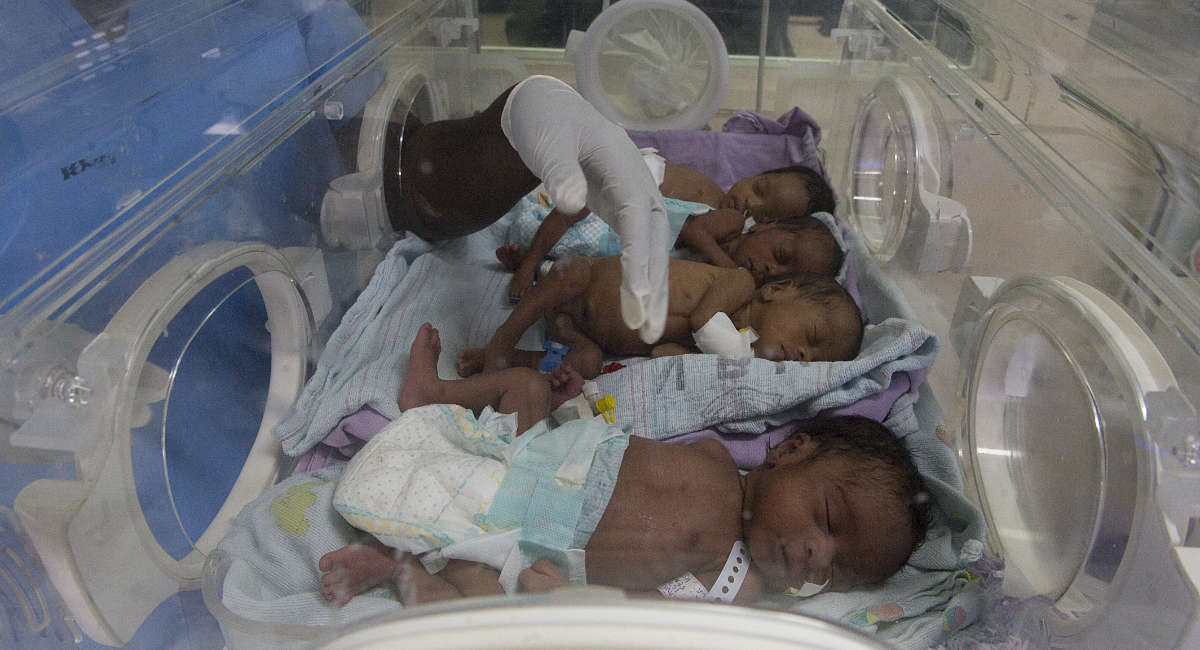 (Right to Life UK) In Kenya’s western region, childcare is traditionally the responsibility of mothers. However, a new initiative is helping Kenyan fathers take a more hands-on role, and is helping save the lives of premature babies.

In Kenya, around 50,000 infants sadly die before their first birthday, with many of these deaths occurring in babies born prematurely or those with a low birth weight. These newborns are particularly vulnerable to preventable illnesses, but techniques such as ‘Kangaroo care’ have been proven to significantly reduce mortality rates.

‘Kangaroo care’, involves babies receiving skin-to-skin contact, which provides heat from a parent to keep the infant warm in the absence of incubators, helping the babies gain weight much faster.

Many fathers in western Kenya are now helping their wives by offering ‘Kangaroo services’ in hospital and in the home. Given that lack of electricity and travel distances are a barrier to care in rural hospitals, many parents do not even make it to the hospital for the birth.

The benefits of KMC

Kenyan ‘Kangaroo mother care’ (KMC) champion Teresa Akung, has claimed that around 9,000 babies have benefited from this method so far.

She said, “We have been doing a lot of advocacy, mostly mothers are self-care givers for their babies and there is a lot of culture around prematurity. In most cases [the] community thinks it’s a curse, maybe there is something that you did that has made you get a very small baby. So, we have been talking about this to demystify the culture and also the myths around the preterm babies”.

One mother, Anita Makwata, was recently admitted to the ‘Kangaroo room’, where the weight of her baby improved from 1,500 to 1,900 grams. Her husband, Jackton, helped by using the Kangaroo method.

Jackton said, “It is not easy but I am happy to help my wife and not many men will agree to come but I thank God”.

Jackton told reporters that “It’s good to be close to your child, not just to provide enough love but healthcare. People may laugh at you, mock you or ridicule you but never mind by proving them wrong by getting involved”.

He added, “This notion of saying that bringing-up of children belongs to the mother is of the past now, and since I have succeeded, I hope they will also change that notion that the work of raising kids belongs to women”.

The hospital of Webuye, an industrial town in Bungoma County, western Kenya, records a high number of premature babies and medics work round the clock to train both parents how to use the KMC method.

Grace Oniang’o, the head of the hospital’s newborn unit explained, “The challenge we usually face is that these mothers get tired and occasionally need support. So when they need support we usually need the men to come in, the male involvement in KMC, where we call it Kangaroo father care”.

“Usually in Luhya land [Western Kenya], we have a superstition of men taking care of the newborns. However, we are initiating it to men who are gradually accepting Kangaroo care… So far we have four men; some are positive but some fear, so sometimes they need their own room. If a father comes, and sees he is the only man, he will shy away”.

In Buyai Village, Bungoma County, Philip Barasa and his wife Sarah Konywar are applying the Kangaroo method to their preterm twins Esther and Favour. They spoke to reporters after having just returned from hospital three days prior after their twin babies gained the minimum required weight of 1.9 kilograms.

Philip told Africa Calling about the cultural stigmas he faced for participating in the ‘Kangaroo therapies’.

“When they see a man practicing KMC, they see it as being controlled by your wife, but that’s not the case. If it wasn’t [for] the effort we had for these babies, we couldn’t be discharged very fast from hospital”.

He went on, “When I kangaroo my children I feel good because it comes from my heart. The love of a father to his child’’.

A spokesperson for Right To Life UK, Catherine Robinson, said: “It is excellent to see that KMC is not only saving lives in Kenya, but that it is helping fathers bond emotionally with their newborn children, despite the traditional priority placed on the infant-mother relationship.

It is also wonderful that Tanzania and Uganda have begun to embrace the Kangaroo mother care method, and that they too have been followed by Rwanda, Comoros, Nigeria, Togo, Mali and Niger”.