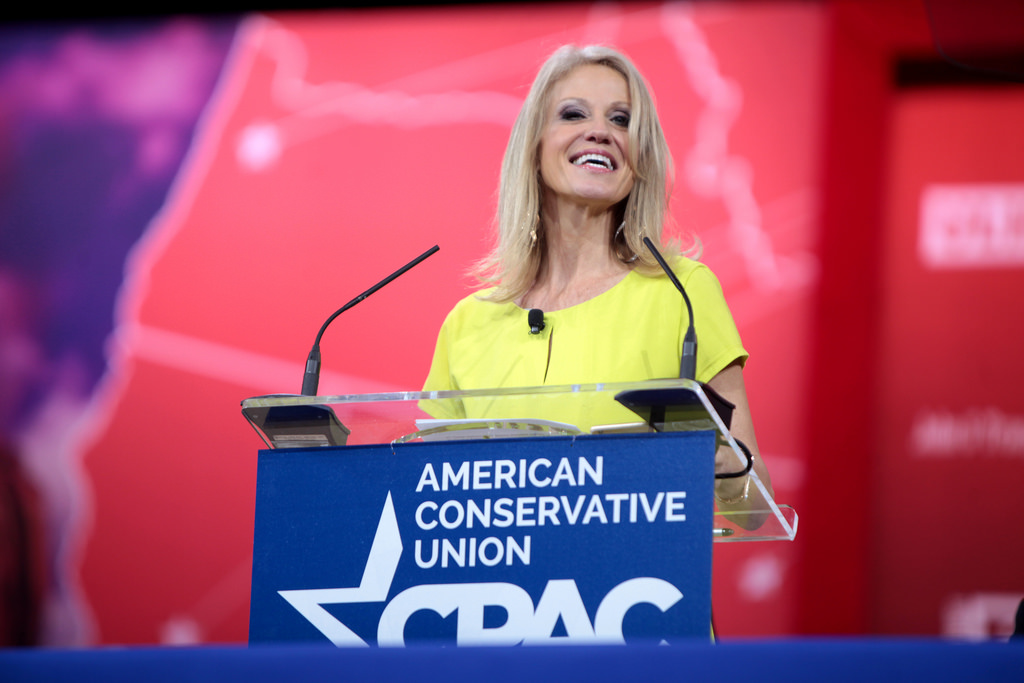 During the annual Conservative Political Action Conference, senior presidential adviser Kellyanne Conway declared, “It’s difficult for me to call myself a feminist,” because modern feminism is “anti-male and pro-abortion. I am neither.”

You can imagine how well that went over among the pro-abortion crowd.

ThinkProgress’s Laurel Raymond calls Conway’s version of feminism “twisted” (while, interestingly, critiquing everything about her remarks except for the abortion point). The Mary Sue’s Vivian Kane attacks Conway’s speech as “a whole boatload of WTF quotes,” “insufferably solipsistic platitude,” and “stunning misinformation” that “pretty much defin[es] what feminism isn’t” (emphasis in the original), but also neglects to dispute the abortion part—despite apparently finding it objectionable enough to put in her headline.

Others did confront the pro-abortion reference but might as well have left it alone for all the substance they contributed. Uproxx’s Kimberly Ricci, the Hollywood Gossip’s Emily Trainham, and Upworthy’s Parker Malloy all take the same dodge, trying to draw a distinction between “pro-choice” and “pro-abortion”—in effect conceding Conway’s point that supporting legal abortion is indeed a prerequisite for membership in today’s feminist club. Trainham was particularly defensive, interpreting “pro-abortion” to mean people who “specifically love abortions.”

So we ask, yet again: if there’s nothing wrong with abortion, then why is loving it something to be embarrassed about? Is there any other principle or cause from which activists feel a constant need to distance themselves while championing it?

Yes, feminists are pro-choice. Maybe not always for themselves — that’s a personal decision — but we don’t tell other women what to do with their bodies.

Second, it’s awfully convenient that you can learn basically everything you need to know about the abortion movement—its utter disinterest in whether anything it says is true, its total erasure of the baby, its nonexistent fidelity to basic science—in the fact that it still routinely peddles the long-since-discredited fiction that only one body is involved in abortion. 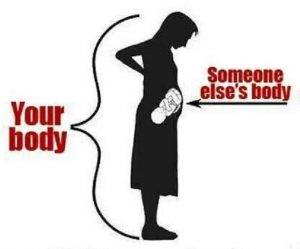 If abortion is illegal, rich women can travel somewhere it’s legal and have it done safely, and poor women will turn to less safe and legal measures. Personally, I don’t believe you can be a feminist if you support something in effect being legal for rich women and illegal for poor women. If you really, sincerely want to reduce the incidence of abortion, try advocating for things that actually help with that, like making sure all women have access to birth control.

Yeah, longtime readers know it’s not the case at all that abortion restrictions don’t work or that throwing more contraception at a contraception-saturated culture will somehow sink America’s abortion rate.

And obviously, pro-lifers don’t think the rich should be able to get abortions any more than the poor; the fact that any number of things illegal in the US could be done somewhere else with enough travel money says nothing meaningful about whether the something should be illegal here (by the way, the law has provisions for Americans victimized abroad, and while they vary wildly in effectiveness depending on variables such as whether it happens in a cooperative country, but extending citizenship to the preborn could theoretically address such situations).

One common refrain throughout the above replies was that they took umbrage at Conway characterizing pro-abortion feminism as “anti-male.” Oh no, they insisted, none of us want to tear men down! We only want equality!

Finally, lots of folks online are impressed with Merriam-Webster Dictionary for seizing on the story and responding with the textbook definition of feminism:

Feminism is defined as both “the belief that men and women should have equal rights and opportunities” and “organized activity in support of women’s rights and interests.” It entered the language in 1895, at a time when efforts for women’s political equality were becoming organized and widespread in England and the United States.

This is widely being interpreted as “correcting” Conway for supposedly misstating or redefining feminism, which might be a new finalist for “most willfully obtuse talking point abortion apologists have ever pushed.” Conway wasn’t talking about how feminism is defined; she was talking about how it’s practiced by those recognized as feminists by pop culture, the media, and each other. In fact, her entire point was that modern feminism’s gatekeepers don’t match the textbook definition.

And her detractors, as abortion apologists so often do, couldn’t help but prove her right.