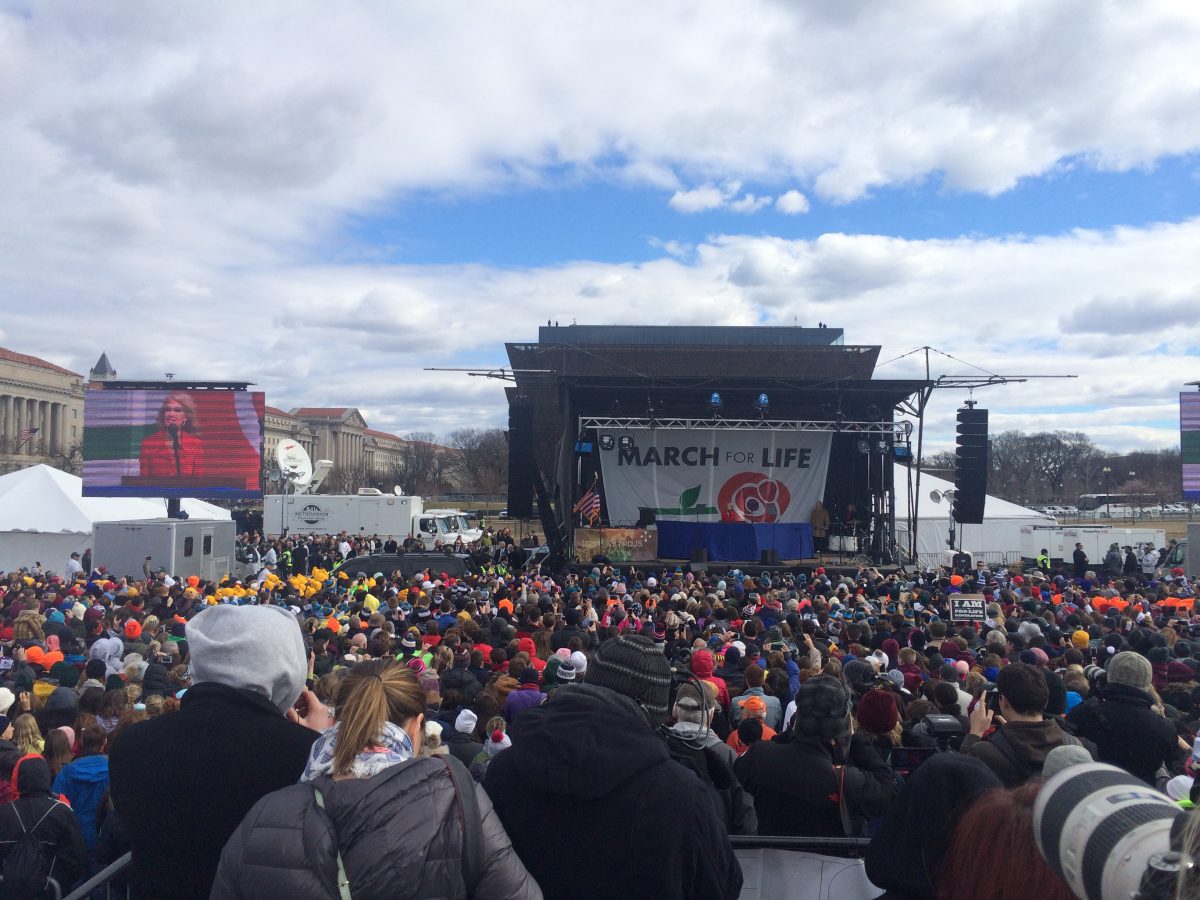 Kellyanne Conway was the first featured speaker at the 44th annual March for Life in Washington, D.C. She was set to be the highest ranking female member of a sitting president’s senior staff to speak at the event, and her speech was followed by Vice President Mike Pence, who headlined the March.

This was not Kellyanne’s first March for Life. During her speech, she stated that she is a strong Catholic and that the pro life movement has always had a special place in her heart. And, not only that, but the top Trump adviser stated clearly that both President Donald Trump and Vice President Mike Pence are strongly pro-life themselves.

“Steps away from here in the White House, a president and a vice president sit at their desks and make decisions for the nation,” Conway told the hundreds of thousands on the National Mall. Conway stated that Trump has already made good on his promises to uphold the sanctity of human life. Perhaps the most significant thus far has been the reinstatement of the Mexico City Policy.

President Trump has updated the policy by directing the Secretary of State to implement a plan that expands the policy across all global health assistance funding. This means that U.S. taxpayer dollars will not be supporting organizations that promote or participate in the management of a coercive abortion program. The United Nations Population Fund (UNFPA), for example, is one such organization, with its long history of supporting China’s one-child population control program, an agenda that has included forced abortions.

The policy was first implemented by President Ronald Reagan in 1984 and bans federal funds from being given to international organizations that perform or promote abortions.

The policy continued under George H.W. Bush, but like many Reaganesque policies (Religious Freedom Day, for example), President Clinton reversed it upon taking office. President George W. Bush reinstated it, and after President Obama won his election, he rescinded it again like Clinton before him.

The reinstatement by President Trump is an encouraging step towards his promise to defund organizations like Planned Parenthood. President Trump had specifically requested that Vice President Pence and Conway speak at the March for Life.

“Their impassioned defense of life as presidential candidates showed a nation that courage and commitment can overcome indifference and insults,” Conway stated in her speech. “Their decisive actions as president and vice president will further this cause. Allow me to make it very clear: we hear you, we see you, we respect you, and we look forward to working with you,” Conway concluded.

The presence of Vice President Pence and top Trump adviser Conway send a strong signal from President Trump that his administration is very strongly pro life, and will work with pro lifers to defund Planned Parenthood and overturn Roe v. Wade.

Vice President Pence reiterated in his speech at the March for Life that Trump would be announcing his Supreme Court Justice nominee Thursday, promising that it will be an individual who is very strongly pro life.