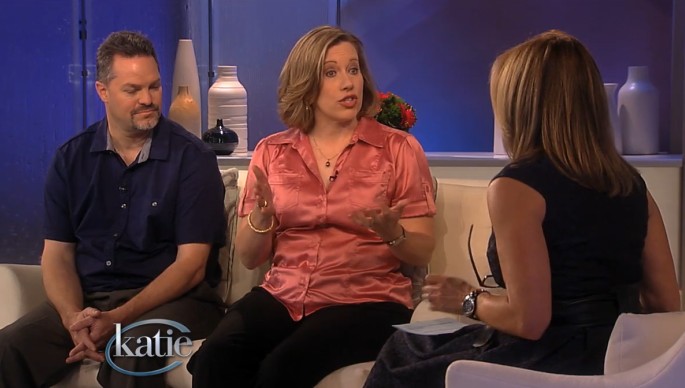 In September, Katie Couric showcased the topic of snowflake adoptions on her daytime talk show, Katie. Snowflake adoptions are the adoptions of frozen embryos by an unrelated mother who gestates the embryo and raises it as her own. Rebecca Taylor, a pro-life writer who specializes in molecular biology, explains the process:

Embryo adoption has been proposed as a way to give the half a million Americans on ice a chance at completing their lives. Embryo adoption would entail thawing these “surplus” embryos and implanting them into the uterus of a woman willing to gestate them. Snowflakes is an adoption program by Nightlight Christian Adoptions that is specifically for the adoption of frozen “surplus” IVF embryos. A embryo adoption is also called a heterologous embryo transfer (HET) because the gestating mother is not the embryo’s genetic mother. Homologous embryo transfer is when an embryo is implanted into the genetic mother’s womb.

The ethical problems that face snowflake adoption begin with the freezing of living human beings, often with no specific intention or date for their attempted implantation in the mother (this is why, as Taylor explains, they are called “surplus” embryos). These unborn children often remain frozen indefinitely. Because of the ambiguous nature of these embryos’ lives, there are estimated to be over half a million snowflake babies in the United States, which has prompted a snowflake adoption movement.

Snowflake adoptions also share some of the ethical problems that face in vitro fertilization (IVF). Among these concerns is the utilitarian manner in which the embryos are treated, as if they are no more than a commodity for parents wishing to conceive. As with IVF, multiple embryos may be implanted in the adoptive mother with the full awareness that having just one embryo “take” (implant in the uterus and begin growing in a healthy manner) will be a success. The loss of unsuccessful embryos is not viewed as the same type of tragedy that, for example, a miscarriage (which is essentially the exact same thing) is.

The attitude seems to be that the embryos that “take” are to be celebrated, and those who do not are simply to be forgotten. This clip from Katie (primarily just after the 2-minute mark) demonstrates the problematic attitude towards snowflake embryos. Kelly, an adoptive mother, explains nonchalantly to Couric that two embryos were implanted inside of her when the adoption process began. Couric responds, “And then what happened? Don’t leave us hanging!” Kelly answers, simply saying , “We got pregnant with our son Trevor!” And that was it. No mention of the lost baby or the fact that it had been anything more than a backup embryo for the couple.

The problem of what to do with frozen human beings whose parents cannot or will not gestate them is, undeniably, a huge concern to the medical community and to people of good will everywhere. However, the ethical problems attending the process from beginning to end are equally troubling. When human lives are created and stored as commodities solely meant to fulfill desires or accommodate a more convenient lifestyle, a cascade of problems is bound to follow, and the reality of snowflake adoptions highlights those issues in turn.