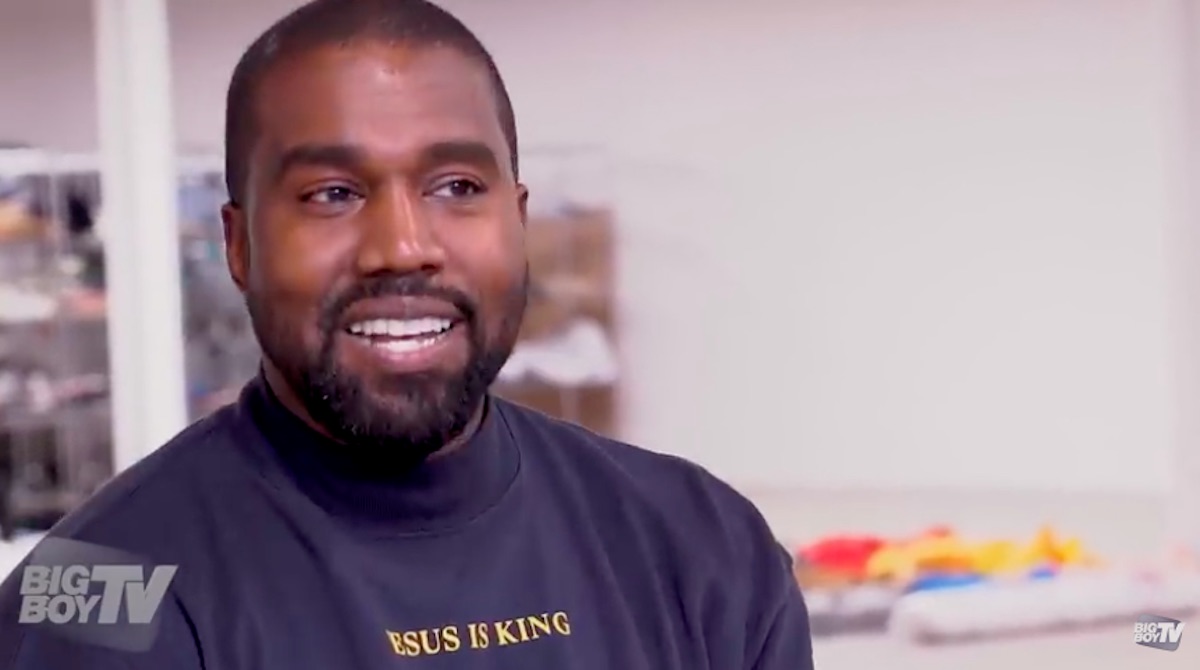 Kanye West, controversial rapper and husband of Kim Kardashian, sat down this week with radio host and former bodyguard Big Boy to discuss a new turn in the rapper’s career.

The “Gold Digger” star, who has previously tweeted provocatively on the subject of abortion, now appears to have changed his tune. This week, he dropped his album Jesus is King, a far different focus from the rest of his previous work. The star’s views haven’t just changed on religion and music, however. During the interview, the star discussed his newfound worldview, and on issues that affect the Black community.

“Democrats had us voting Democrat for food stamps for years, bro. What you talking about? Guns in the 80s, taking the fathers out of the home, Plan B, lowering our votes, making us abort our children. Thou shall not kill… I can’t tell y’all how to feel. But what I can tell you honestly is how I feel.”

Kanye isn’t alone in feeling like this. Black Americans are an increasingly significant part of the pro-life movement, with prominent leaders like Dr. Alveda King, Roland Warren, DJ Carter, and Christina Bennett. President of the Radiance Foundation, Ryan Bomberger, has called out Planned Parenthood for its eugenic philosophies, both past and present.

There is no group that kills more black Americans than Planned Parenthood.

Abortion is the most lethal form of racism. #BlackHistoryMonth#DefundPP pic.twitter.com/pxAi6HeF14

The largest abortion provider in the country, Planned Parenthood, has a eugenicist past that has targeted African Americans. In 1939, founder Margaret Sanger notoriously wrote, “We do not want word to get out that we want to exterminate the Negro population and the minister is the man who can straighten out that idea if it ever occurs to any of their more rebellious members.” And her legacy tragically continues today. Abortion still disproportionately targets Black Americans and minorities. Planned Parenthood has been caught on video accepting donations for racist and eugenicist abortions.

Kanye identified how different this is for him, and how his fans might not care for his new direction. “People said this is going to be horrible for your career,” he said to Big Boy.

“Did you worry about that?” asked Big Boy.