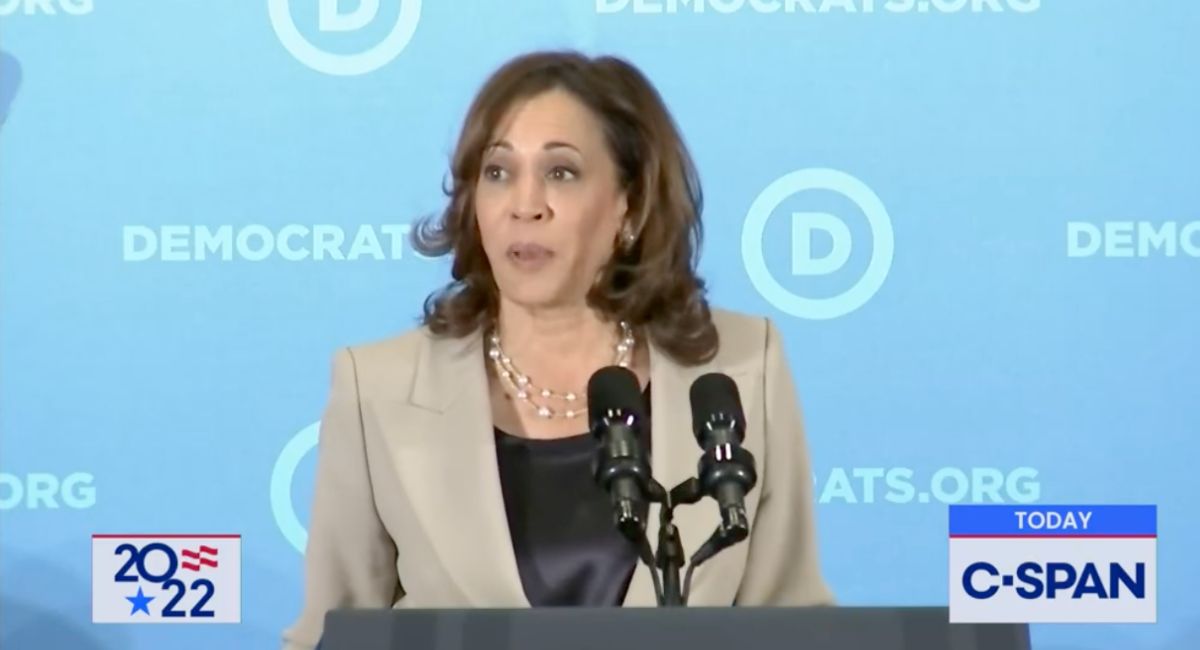 During a speech at the Democratic National Committe’s summer meeting, Vice President Kamala Harris urged party members to support pro-abortion candidates for Senate this November so that pro-abortion legislators can enshrine abortion as a right — and ensure that no preborn human being is safe from abortion.

The Senate is currently split 50-50 between Democrats and Republicans. Harris said she can’t wait to end the “archaic” Senate filibuster (which allows the minority party to require a 60 vote majority to pass legislation) with her vote.

“With just two more seats in the Senate, we can codify Roe v. Wade, we can put the protections of Roe into law,” she said. She later added, “And, you know, for me, as vice president, I’m also president of the Senate…. I cannot wait to cast the deciding vote to break the filibuster on voting rights and reproductive rights. I cannot wait!”

Harris also incorrectly claimed that abortion is a Constitutional right.

“The United States Supreme Court just took a Constitutional right that had been recognized from the people of America, from the women of America. And now these extremist so-called leaders are passing laws to criminalize health care providers and punish women. They believe that government should make personal decisions for women. That government should make decisions for women about their own body,” she said. “Well, we do not. We trust women. And an important point to be made on that subject is — on the subject of choice and what the Dobbs decision has done and what it means — it’s an important point to acknowledge that you don’t have to abandon your faith or your beliefs to agree that the government should not be making that decision for her. And thank you, Kansas.”

Abortion has never been a Constitutional right. As Justice Samuel Alito penned in the Dobbs decision overturning Roe, “Roe… was remarkably loose in its treatment of the constitutional text. It held that the abortion right, which is not mentioned in the Constitution, is part of a right to privacy, which is also not mentioned.” As Live Action News previously noted, “The right to abortion simply does not exist in the Constitution, as Alito explained. However, the legality of abortion has convinced people that there must be a right and the abortion industry has thrived off of this false right.”

In addition, protecting human life in the womb is not about a failure to trust women; it is about ensuring the right to life owed to every American is restored. Anyone who understands what abortion is and what abortion does has the responsibility to see it abolished.

Harris’s speech relied on a fear-mongering tactic. With Roe v. Wade gone and states passing laws to protect the lives of human beings in the womb, the abortion industry is desperate for help from its political allies. Harris painted what she sees as a bleak picture for America’s future if abortion is not enshrined.

“On that point,” she said, “allow me to lay out two very real scenarios for you. First, imagine — I don’t want to — but imagine if we lost our Democratic majority in the Congress. Republican Party leaders have made it clear they want to ban abortion nationwide, and they won’t stop there.” She noted that “without a Democratic majority in Congress, who knows what other rights they will come after… now, imagine a better future. Imagine what we can do if we defend the five seats we need to hold onto the majority in the House. Imagine what we can do if we protect, and better yet, expand our majority in the Senate. Imagine.”

Enshrining abortion as a right at the federal level will ensure that an entire group of Americans — innocent and vulnerable — will be denied the right to life for years to come. Instead of imagining that death and destruction are the answer to socio-economic problems, imagine an America in which children are cherished, mothers are supported no matter their situation, and intact families are celebrated.