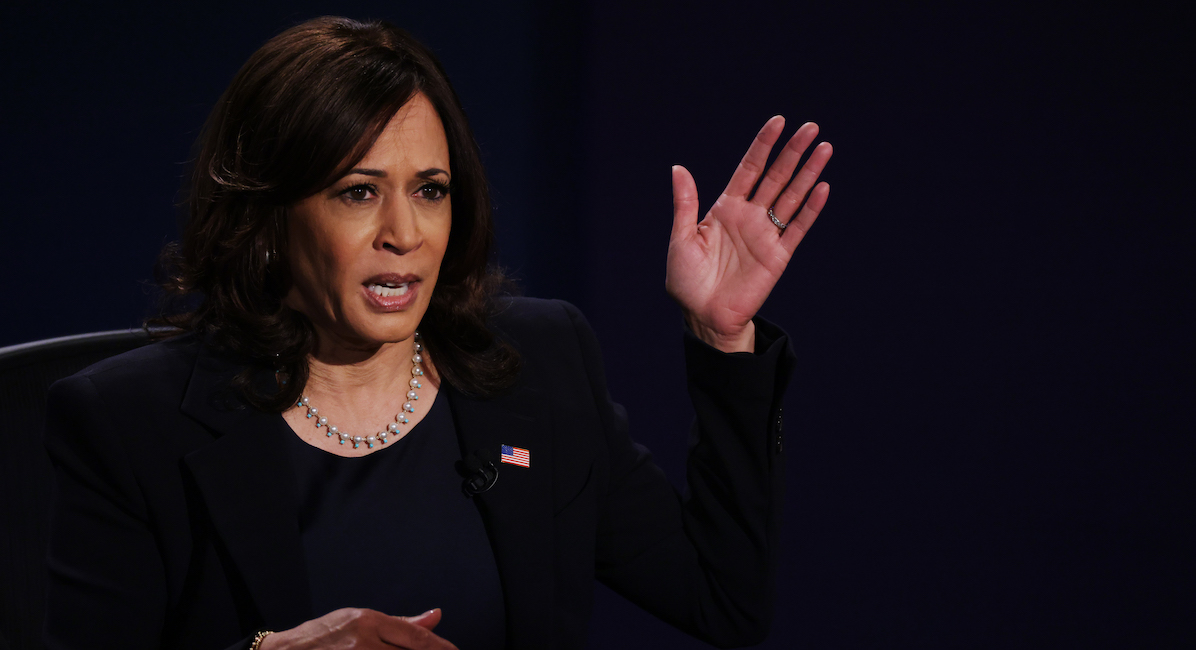 Vice President Kamala Harris visited Houston this week to speak to the National Baptist Convention, one of the nation’s largest Black organizations, to promote abortion.

Before a crowd of thousands, Harris spoke about growing up in a Baptist church, at 23rd Avenue Church of God in Oakland. “Through the darkness, faith and our faith reminds us that we are not alone,” she said. “Faith teaches us that a brighter future is always ahead and we must keep moving forward to realize that future and to move forward, simply put, I also learned and we all know: Faith requires action. So I was raised to live my faith. Marching for civil rights, my parents pushed me in a stroller.”

She further explained that putting her faith into action is what ultimately led her to become the vice president, and said that faith guides her work every day. Yet while she spoke about faith, she also promoted abortion to her fellow Baptists.

“As extremists work to take away the freedom of women to make decisions about their own bodies, faith leaders are taking a stand, knowing one does not have to abandon their faith or deeply held religious beliefs to agree that a woman should have the ability to make decisions about her own body and not have her government tell her what to do, and she will choose, in consultation with her pastor or her priest, or a doctor and her loved ones, but the government should not be making that decision,” she said.

She also argued that being a Christian does not mean one cannot support abortion.

“A constitutional right that hadn’t been recognized was taken away from the women of America, and people of America, and on this issue I feel very strongly,” Harris said. “One does not have to abandon their faith or their religious beliefs to agree that a woman should be able to make that decision about her own body, and her government should not be making that decision for her.” But opposition to abortion is not based in opposing a woman’s bodily autonomy; it is based in the knowledge that abortion is the act of deliberately ending a preborn human being’s life, violating that human being’s own bodily autonomy.

According to Pew, the National Baptist Convention does not take a specific view on abortion, and instead allows each individual congregation to make their own policies on abortion.

Harris has frequently promoted abortion to Black Americans, even comparing pro-life policies to slavery, though she says nothing of how systemic racism and injustice have contributed to the disproportionate effect of abortion on Black women. According to the CDC’s latest abortion surveillance report, Black women get more abortions than women of any other ethnicity in the United States, despite the Black community making up just 13% of the overall population.

Meanwhile, Black women are routinely preyed upon, mistreated, and targeted by the abortion industry. Abortion does not help women, and it is not a Christian, faith-filled action to intentionally take the life of an innocent, vulnerable human being.